What does a three-year-old toddler boy love? I will tell you all about it today in Brady’s favorite things at three years old.

Okay, here’s the deal: I have only been a mom for a little over three years, and I only have one son. So at times, I feel like my “mom expertise” is lower than many bloggers out there with multiple kids, who’ve been doing it a lot longer. But you know, I’ve been on my quest to care less about what other people are doing over the last couple of years — so we will file this one away under that category too. I’m a mom, I know what my son likes, and I’m here to share about it.

You probably only clicked on this post if you’re a parent or if have young children in your life. But if you don’t have any of those things, I’ll still try to make it fun for you. Let’s get into his faves … 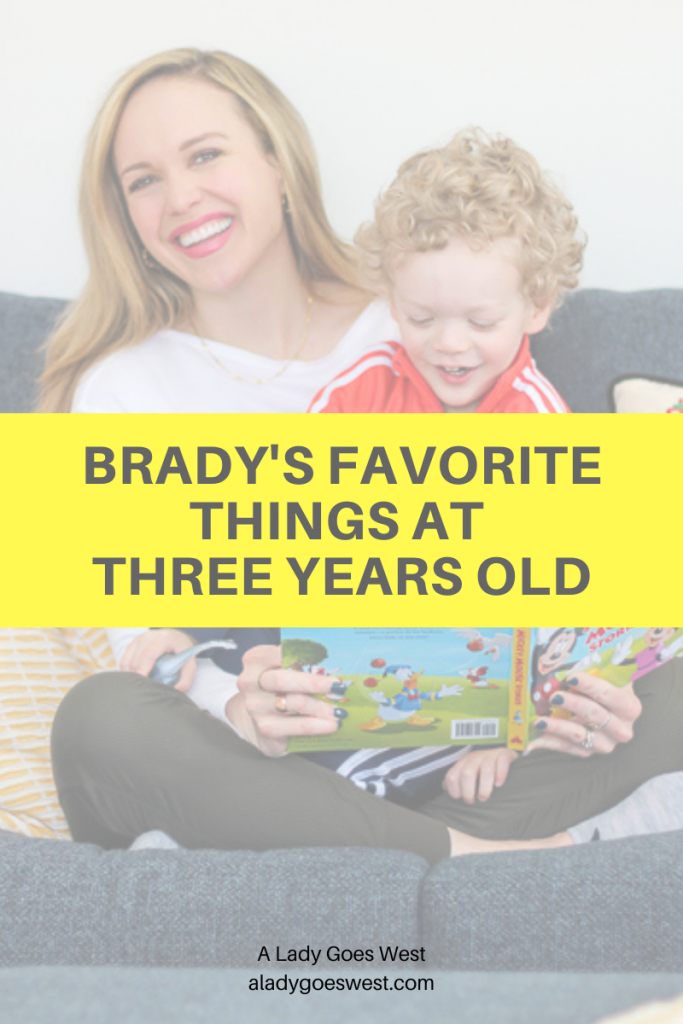 Long-time blog readers will know from my pictures that Brady has been the king of matching leisure sweatsuit sets since he was an infant. And even as he’s grown, we’ve kept up with that fashion choice.

Now that Brady is potty trained (although I feel like we’re still “training” him, and we’re still working on ditching diapers at night), it’s even more important that he wears pants that have an elastic waist-band that he can pull up and down himself — so these outfits are function, as well as fashion.

These sets are easy for all of us, because we always know what he is wearing on the top and bottom. And to make it even easier, I always put one of these plain-white-tees underneath. He rocks his sets with these Adidas shoes. He loves to wear his sweatsuits, and he loves to dress comfortably. 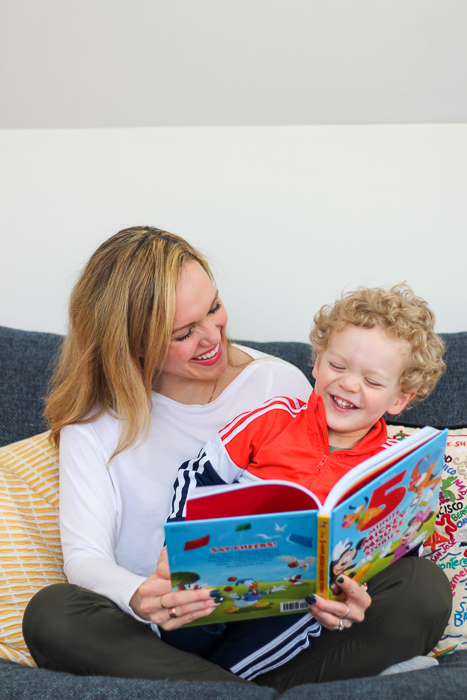 I know I’ve mentioned this before, but Brady had never watched TV before the pandemic hit last year. Once in a while, I’d let him watch a portion of a “Mickey Mouse Clubhouse” show on YouTube on my phone, and he saw movies playing at gym kid-care, but he didn’t watch TV at home.

Well, once the pandemic hit, I decided that an hour of TV time in the morning while I sat next to him and worked was not the end of the world. That morning screen time has held strong, outside of mornings when he has school and he only gets a tiny bit of TV. He learns a lot from his shows, and I am not at all ashamed that TV is part of his life. So there.

Here are some of Brady’s favorite books: 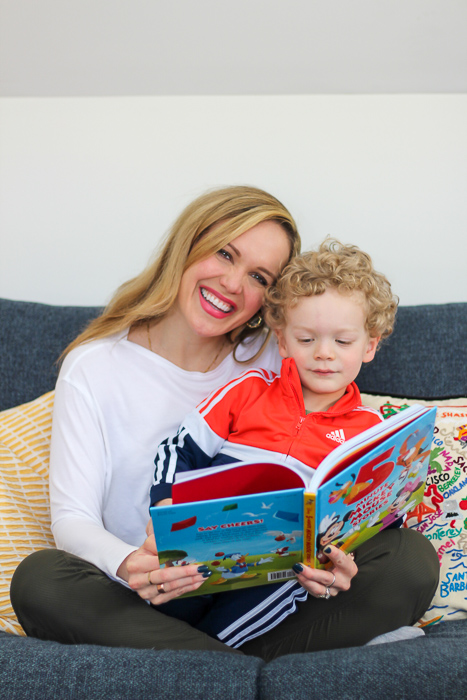 Playing with toys — (his favorite toys)

Brady has a lot of toys, and even though we did a major purge before we moved, I still feel like we have a lot. He mostly likes to play with cars and trucks, but he’s also a big fan of dinosaurs.

Here are some of Brady’s favorite toys: 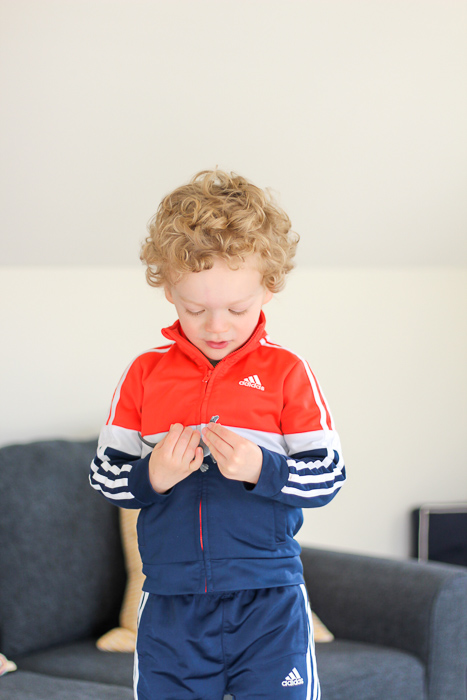 Brady is very active, pretty much all the time. He doesn’t sit still well. He loves to “run around like crazy” as he says, and do all sorts of things inside and outside.

Here are some of his favorite games and activities:

Other things that Brady loves

Here are a few other random things that cannot be missed, because Brady loves them:

And that concludes our list. Now, this isn’t an official “Brady update,” but I’ll be sure to write one of those when he turns four later this year at the end of September. For now, I hope you enjoyed a little look at some of the things that he enjoys.

Thanks for coming by the blog to read all about Brady’s favorite things at three years old. Have a wonderful rest of your day. 🙂 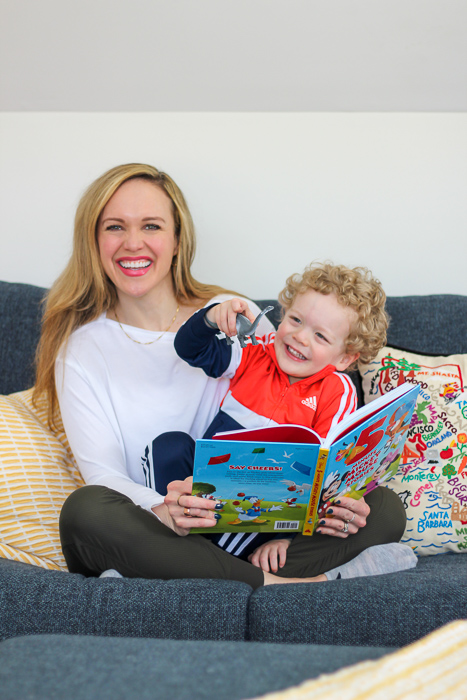 What’s something that your little one loves?