A class review of Bootybarre.

With a name like “Bootybarre,” you know you’re heading into a class with a little sass and some serious work for the backside. And that’s the truth. Today, I’m going to tell you all about the Bootybarre workout, what to expect in your first Bootybarre class and give you some tips to make the most of your time at the barre. But first, a little background (as a note, I’m a certified Bootybarre instructor and wrote this post while going through the process to get certified) …

Bootybarre is a barre class created by the super-fit Pilates maven, Tracey Mallett, who has blonde hair, eight-pack abs and a British accent. She’s a former dancer and has created a number of programs under her Bootybarre company. The signature class is called Bootybarre Plus, and that’s what you’ll find offered most frequently at studios and gyms across the country (and outside of the country too!).

At the heart, Bootybarre has dance, Pilates and yoga movements all combined into one class. It’s low impact – there’s no jumping, you need minimal equipment, and you get both strength and flexibility training with a little cardio to boot. Oh, and you can also expect to shake your hips a bit and crack a couple of smiles while enjoying the burn of small isometric typical “barre-like” moves. Yes, it’s got some cheese for sure. 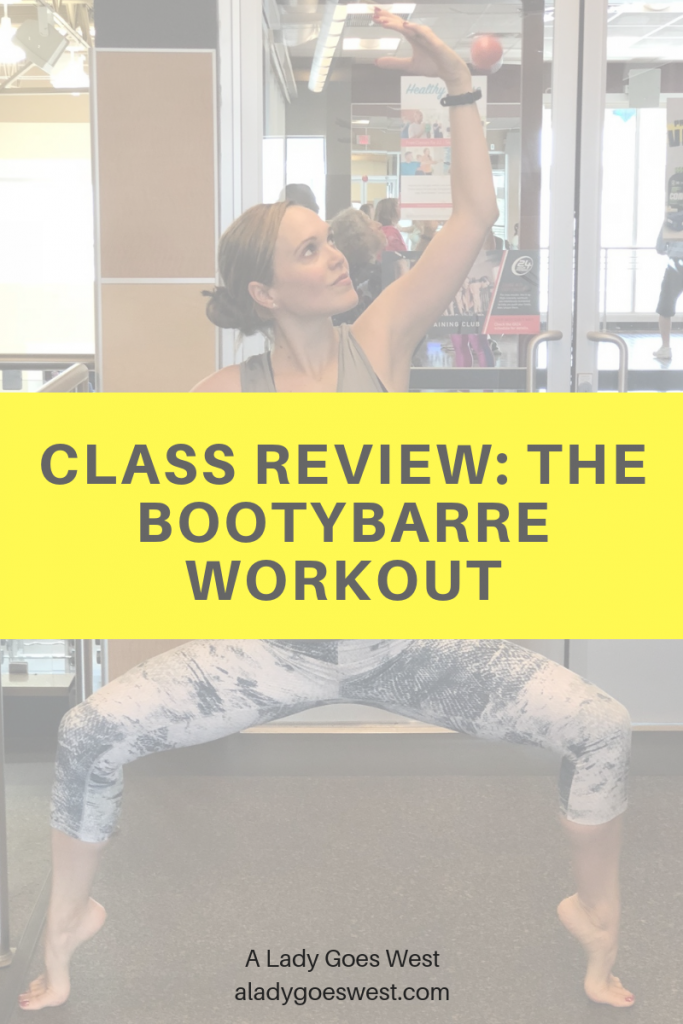 Show up to Bootybarre with an open mind, open ears and knowing your limits. A good Bootybarre instructor will give low options to every single person in class, progressing (making harder) and regressing (making easier) many moves throughout the class so that everyone feels successful. For instance, during one of the cardio blasts, oftentimes instructors ask participants to do plank mountain climbers — a regression for that move would be having the participant do the mountain climbers standing at an angle, with their hands on the barre, and this takes some of the load off their upper body and core. Whatever works for your level!

Bootybarre vs. other barre classes

The big things fitness professionals and participants will want to know about Bootybarre is that it is done entirely in neutral spine. If you don’t know what that means, it means you don’t “tuck under” like some popular barre-class chains. I personally LOVE the fact that the class is done in neutral spine, because it is easier for people to do properly and feels more natural.

The second differentiating factor is that you will do much of the relevé work with only a partial relevé (relevé means going up onto the balls of your feet with heels in the air). Bootybarre calls for a “kitten heel” lift in the heel rather than a “stiletto.” And that’s safer for your body and helps you to keep all ten toes active on the ground. It feels better and for most people, gives you a chance to focus on the move at hand, rather than worrying so much about whether your heels are lifted high enough.

The typical Bootybarre Plus class runs 45 minutes to just over one hour in length from the warm-up all the way to the cool-down. You will do class in a barre studio with fixed barres on the wall or in a regular gym studio with movable barres, which you set up yourself. (Moves will be modified for movable barres.) 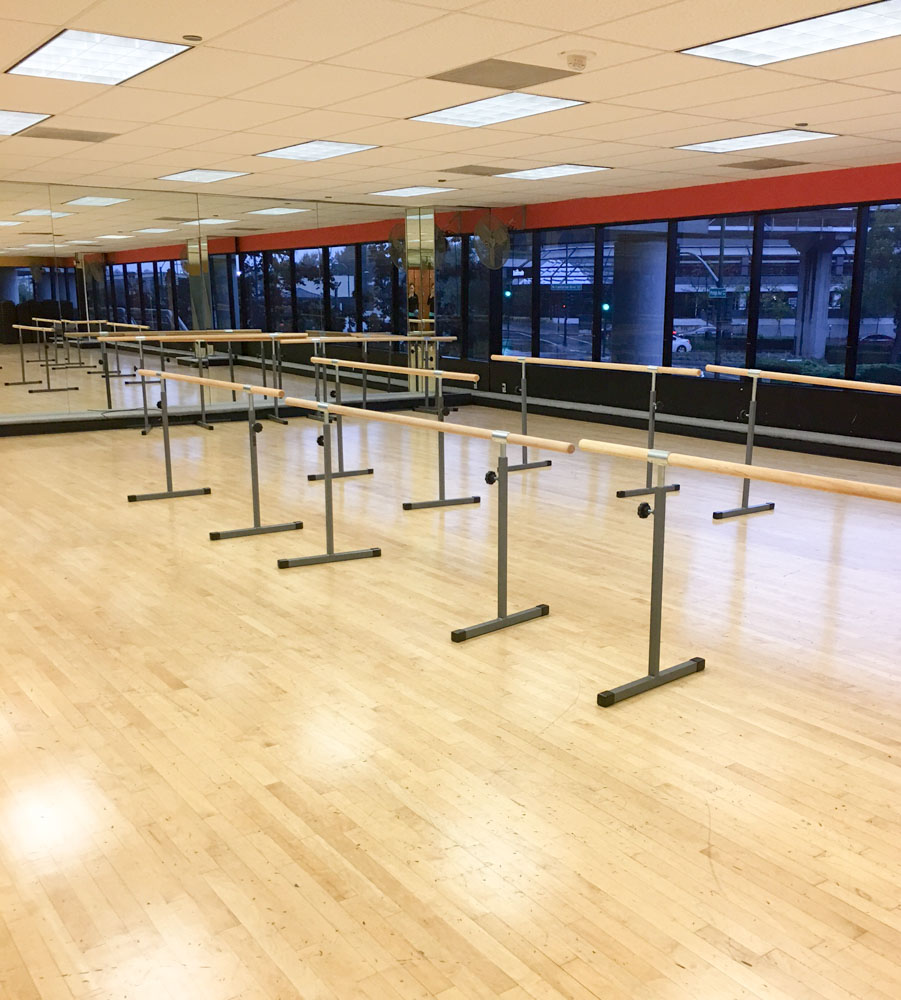 The music in a Bootybarre Plus class

The music that you hear in a class is entirely dependent upon the instructor. While all songs need to have a specific beat of 126-128 bpm, the genre is up to the teacher. I’ve found that 126 bpm is the sweet spot for all mixes and have been creating Top 40 mixes with seamless transitions. (Instructors find and purchase their own music, unlike Les Mills programs which I’ve taught for years, in which music is licensed and provided.)

Right now, there are more than 7,000 instructors doing Bootybarre in 3,000 locations. And unlike franchise group fitness chains or Les Mills group fitness programs, instructors own their “Bootybarre” title once certified and can teach the class anywhere they would like. If the class is called “Bootybarre” you know that instructor has gone to an initial training and become certified by submitting a video. While the basic framework for every single Bootybarre Plus class is the same, depending on the instructor and level of participants, moves and reps can be different.

The framework for a typical Bootybarre Plus class

When you take a Bootybarre class, you’re working on making your body more flexible, you’re building strength in your feet (which is super important), working on your arms, legs and core and also getting a conditioning benefit from the cardio bursts. Perhaps the best part? The workout combines these three elements, which you often have to do in separate classes.

How often should you take Bootybarre classes?

As with any workout, you don’t want to do it every single day. However, Bootybarre is a workout that is safe to do multiple times a week – it’s not a HIIT class, nor is it a high-impact class, which would require extra downtime between sweat sessions. I would recommend two-to-three times a week, with a rest day or active recovery day in between. You’d want to supplement that with another day of heavier resistance training and additional cardio. 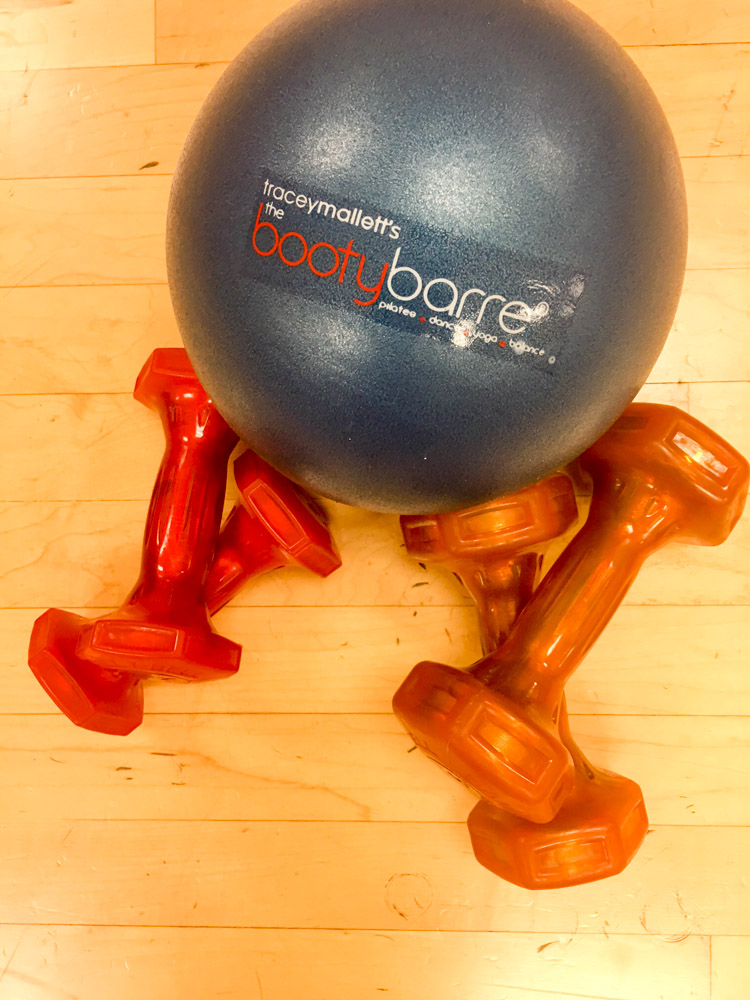 Tips for your first Bootybarre class

There is a Bootybarre Sculpt class, with a ton of strength work and a Bootybarre Flex & Flow class, which incorporates resistance bands on the barre. There is also a new class called Bbarreless, which is barre without the barre. I haven’t taught any of those yet, but have taken them.

If you want to find a Bootybarre class near you, check out this class locator. Have fun! And check out more of my class reviews here.

Have you ever taken a barre class?

What’s your favorite way to work out?