FlyBarre? What is a FlyBarre? In case you’re not familiar, FlyBarre is part of the more popular FlyWheel Sports cycling fitness studios, which are popping up across the nation. There is a fairly new FlyWheel located in downtown Walnut Creek (where I live in the San Francisco Bay Area), and I’ve been lucky enough to visit the studio quite a bit, to take both FlyWheel and FlyBarre classes.

For the past couple of months, I’ve been going exclusively to FlyBarre once or twice a week, and I’m ready to share my experience and thoughts. Long story short, FlyBarre, is a barre-style class, focusing on small “pulsing” isometric toning movements. You do use a barre. You do not fly. And yes, the room is mostly full of women, but sometimes a brave gentleman will join the fun. The music is good, and the studio scene is perfection. 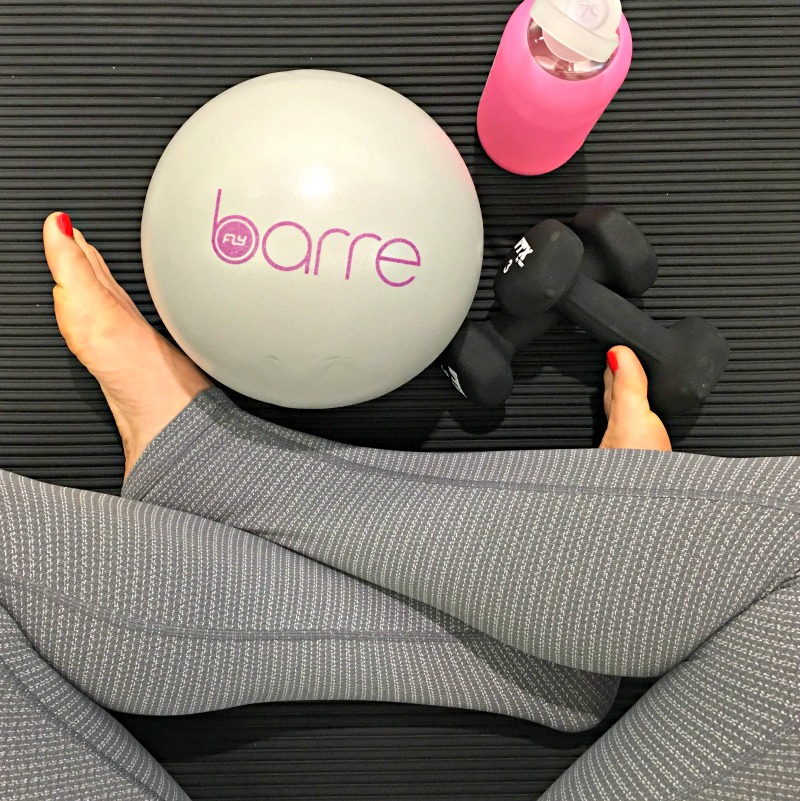 When you take a typical “barre” class, like Pure Barre, oftentimes, you see the same moves and hear the same terms over and over again. You hear reference to your “seat” or butt. You do a lot of tucking. You do mostly small pulsing movements. And you spend a lot of time spent on the balls of your feet, shaking and burning. However, in FlyBarre, there’s not a ton of any of that (outside of the burning, there’s definitely some burning). It’s just different. Overall, FlyBarre classes are not like other barre classes at all. Here are a few reasons why:

I would say that FlyBarre choreography and programming is fairly consistent from one class to the next, but I believe the team changes out the moves every couple of months. I didn’t get bored going regularly though, because the instructors always gave slight variations so we never repeated the exact same workout.

The Pros of FlyBarre

FlyBarre Walnut Creek has a beautiful studio space. The team is very friendly. It’s easy to book online and check in. The app works well as does the website. You can always reserve your favorite spot at the barre. The equipment is nice and new. The sound system is great. And the instructors are good and encouraging. Classes start and end on time. And you know what you’re going to get. While there are only three instructors at FlyBarre Walnut Creek, they use the same terminology and teach in similar ways, which is likely due to corporate training. It’s consistent. The order of muscle groups is always the same as well, and you hit the whole body. The warm-up is by far my favorite part of all FlyBarre classes. It’s a smart warm-up, clearly created by a movement expert. You warm up your shoulders to increase mobility with big arm circles, you move laterally in side lunges, you rotate your torso, you do a plank and some push-ups and you feel very loose by the end of it. That’s quality. And also, the retail shop at FlyBarre/FlyWheel has the cutest attire ever! I want it all! 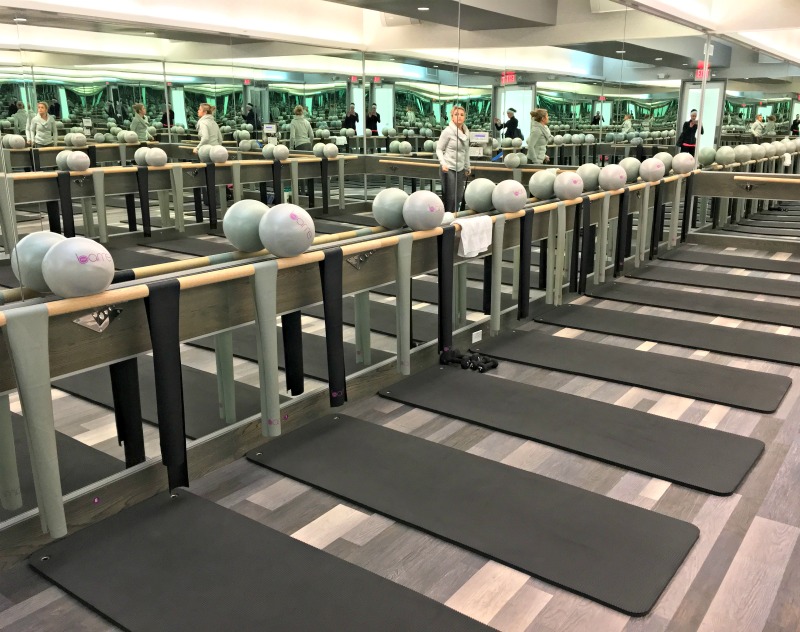 The Cons of FlyBarre

I’ve never seen many of the moves or positions that are included in FlyBarre classes, which usually means it takes a few tries to get in the exact right position. And just a little tweak can change the effectiveness of the move. I feel a little awkward in some of the positions, and seriously dislike the ones where you lean your back up against the barre and sit down in a “reverse” chair position — it totally bothers my back. If I’m not able to truly “get” the movement of some moves, then I know the average exerciser would be totally lost. Thus, my favorite moves are the ones that have a more simple set-up and yet still provide a good burn. Also, I’d love to see more stretching between moves and a longer cool-down, but admittedly, I usually go to the “Power 45,” which doesn’t feature much time for stretching.

Should you take a FlyBarre class?

As a fitness person, who has done a ton working out, I would say FlyBarre offers a nice change of pace from the usual. It’s got a little bit of cardio, a lot of work for the smaller muscles of the butt and the core. And if you join FlyWheel (which I’ve also reviewed here) and are usually a cardio-bunny, FlyBarre does add a bit of resistance for your body with very light one-to-five pound weights and bands. I like to suggest FlyBarre or other “barre” classes as a low-impact and low-intensity day for someone’s weekly workout routine. But you do need to lift heavier weights and do more functional movements as well each week.

While I tend to gravitate to the super tough workouts, FlyBarre offers a challenge in a less intense way. No jumping. No plyometrics. Nothing too crazy. And I like that. FlyBarre is suitable for beginners, but you should definitely tell the instructor you are new and be ready for plenty of hands-on corrections.

And what do you need to be prepared for as well? The burn! By the end of each move, you will be dying to quit. And it’s okay if you have to come out of the move and shake out and go back in, as long as you keep trying. (Truth be told, even with just two-pounds weights, I often have to take a break toward the end of the shoulder song, because the fatigue really sets in!) 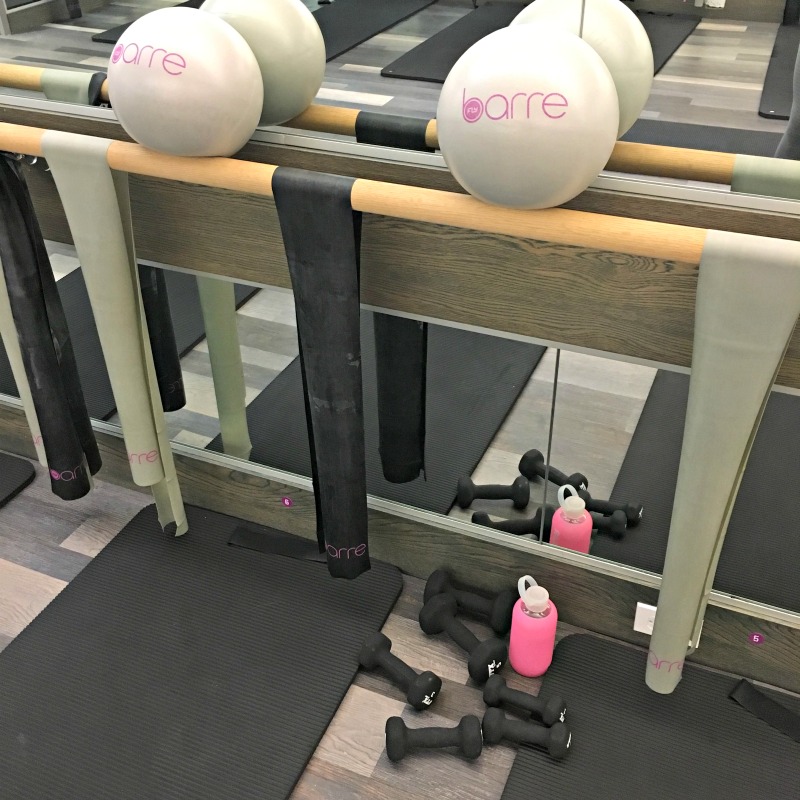 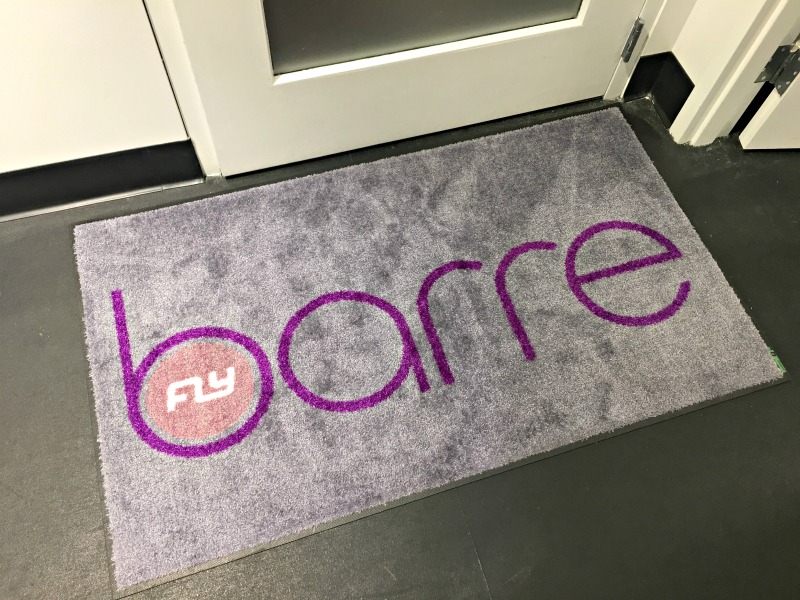 *The team at FlyWheel/FlyBarre has provided me with credits to take classes on the house. However, all of the opinions in this review are my own.

Have you ever taken a barre class?

What’s your favorite way to work out?