The past few days I’ve posted about food and fun, so today, it’s back to fitness.

Later this evening, I’m teaching a BODYPUMP class followed by a CXWORX class, so I’ve had to learn and prepare one more new release for this round of quarterly launches, and CXWORX 14 is a killer! (By the way, CXWORX is a 30-minute core program, also created by Les Mills International, which I’ll provide more detail on in the future.)

That being said, it’s time to share my thoughts on the latest Les Mills BODYATTACK 84 release, which I’ve now taught a couple of times.

In case you don’t know what I’m talking about, BODYATTACK is a group fitness program, and you can read my BODYATTACK overview and tips for first-timers here.

What is a Les Mills release?

Every three months, Les Mills, a company based in New Zealand, “releases” to instructors around the world, an entirely new class of music, choreography and moves per each of its programs. I currently teach three programs and already launched BODYPUMP 89 and BODYATTACK 84. I’m teaching CXWORX 14 for the first time tonight.

BODYATTACK 84 has great music and fairly simple choreography to learn and to teach. There are a few new combinations, but no new moves except for some side-hops in the plyometrics track and a plank with a hip tap in the core track.

Here’s a rundown on the tracks:

There aren’t a lot of hard moves or combinations in BODYATTACK 84, so you’ll really enjoy moving without too much thought involved. And you will get the workout you came for: 55 minutes of aerobics, sports and strength.

The presenters didn’t show the low options all the time for every move that should have had one. However, I’ve found I need to demonstrate the low options in the first two sets of most tracks for my classes to remind them. It’s important for people to feel successful, so I’d recommend that you make sure you are showing enough options throughout, even if it wasn’t called out in the choreography notes or DVD.

It’s a strong release, a fun release, and a great way to burn hundreds of calories and get your heart fit. Because Les Mills knows the importance of good music to fuel members for an effective workout, it seems like the moves in BODYATTACK 84 really play off the lyrics more so than ever before.

The warm-up sets the tone for the class perfectly, the upper body track is incredibly intense and the running track is my favorite.

I’ve been teaching BODYATTACK for just under seven months, and although BODYATTACK 83 is my favorite release to date, BODYATTACK 84 has now claimed second place.

There you have it. 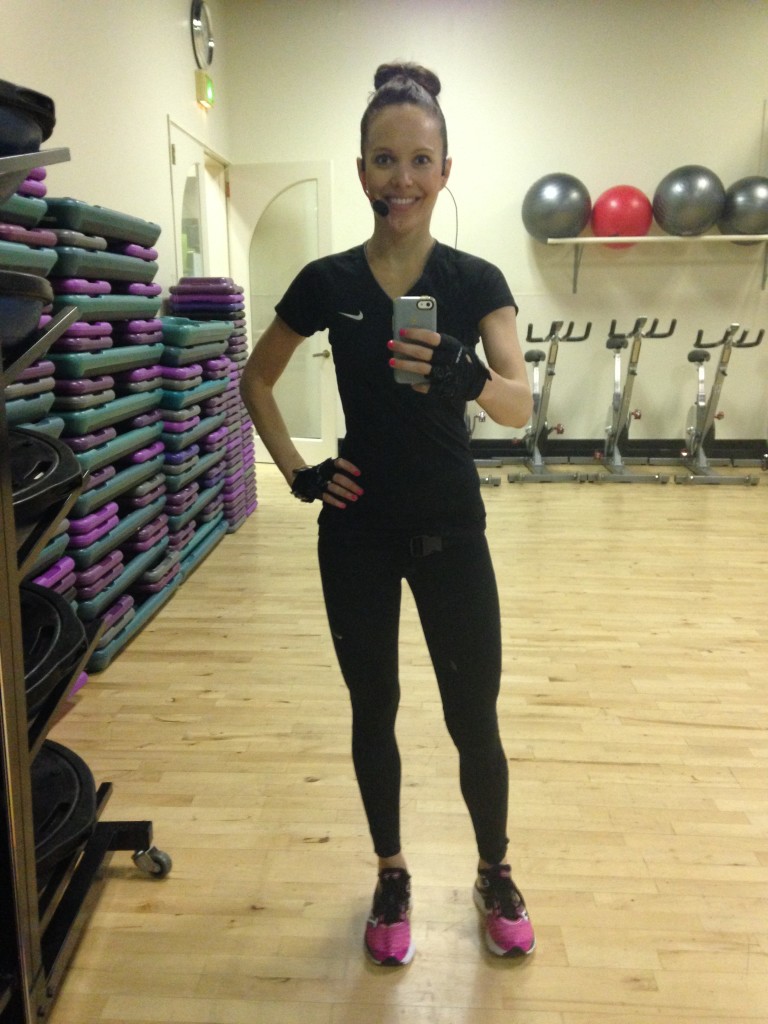 Have you tried BODYATTACK? What’s your go-to cardio workout?