To all my fitness loving friends, it’s now time to take a look at the latest Les Mills BODYATTACK release number 87. After teaching this release a handful of times, I’m ready to share my thoughts and tips for both instructors and participants. 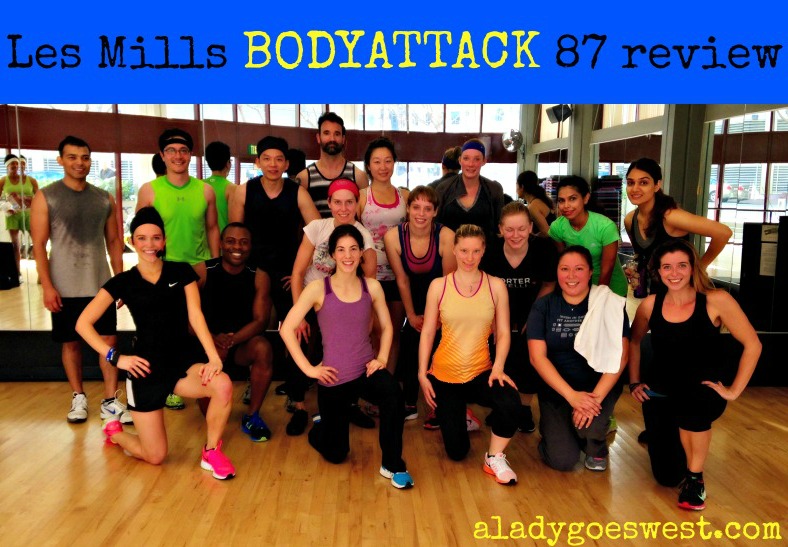 For a little background: Every three months, Les Mills, which is the international company based in New Zealand that produces more than 11 group fitness programs including BODYATTACK, BODYPUMP and CXWORX to name a few, “releases” new choreography, music and moves for each program around the world in more than 80 countries. That means people speaking different languages in different time-zones are doing the same quality workouts, led by Les Mills instructors, who are all part of the “Tribe.”

Although, I’ve been teaching Les Mills programs for a long time, BODYATTACK is my newest, as I’ve only been certified in it for about a year-and-a-half. However, before I taught BODYATTACK, I took it. As someone who loved taking the class as a participant, it was always my dream to be the one in front of the room showing and shouting out the moves. And during the last couple of years, as I went from participant to instructor, BODYATTACK has changed quite a bit. The creators of the program have tried to make it more welcoming to all fitness levels, by incorporating more modifications and options so anyone can do the class, while at the same time still introducing big challenges for those who want them. BODYATTACK 87 has the biggest changes yet, which I’ll explain.

But first, if you’ve never heard of BODYATTACK, it’s a 55-minute cardio class focused on aerobics, strength and sports movements. For the basics on BODYATTACK, head on over to my post on BODYATTACK tips for first-timers, or check this out straight from the folks at Les Mills:

Overall, my thoughts on BODYATTACK 87:

And now for a track-by-track breakdown. Please note the exact remix of each song wasn’t always available for linking because BODYATTACK songs are so incredibly fast and require some tinkering. Therefore, some of these are just similar to what we use in class.

And that, ladies and gentlemen, is my review of BODYATTACK 87. Did you catch those thumbs up, neutral or down ratings per track? That’s a new addition to my review, so let me know if they are at all beneficial.

For instructors: I think it’s important to let your participants know before starting this workout that the middle track will be a bit longer, but there won’t be a lower-body track at the end. People like to know what to expect, and this is a big change from what they’re used to. In this release, there is a lot of repetition, so it’s easier to learn and gives you a chance to perfect your coaching cues. Make sure you show all the options at least a couple times per track, rock the silence in the tracks that need it (like track eight), and push your participants to always try a little bit harder than they did the last time (whether that means a few more push-ups on their toes or one extra tuck jump instead of a jump-jack). Enjoy learning and teaching this one and for more tips, check out: Top 10 ways to grow your group fitness classes.

For members: I think you’re going to like this release. The moves are simple, so you should be able to catch on pretty quickly. There are no hard-to-get combos, as we’ve had in the past few releases. But form is so important, so please, please, please make sure that you properly execute your tricep push-ups by keeping your elbows in tight to the body and straight back, because that’s the only way you’ll get the benefit from them. And when it comes time for track nine, don’t think too much, just do it. Have fun with it and for more tips, check out: How to get better results from group fitness classes.

If you enjoyed this review, please check out my previous Les Mills and group fitness posts:

I hope you have an awesome day, friends!

Instructors or members, have you tried BODYATTACK 87? What are your thoughts on the release? For everyone else, what’s your current favorite song?

Sunday fun-day with my little crew. We literally n

Good friends fly across the country to hang out in

Sometimes, if it scares you, you should totally do

Just a reminder to all the mommas out there: You c

We took Brady to the @discoveryplacenature museum

He likes to do cardio at home, and I like to lift