This is not a blog post that I was prepared to write, but here we go …

Last weekend, we lost my dad, Larry Craig Pinder. This is my first experience with losing an immediate family member or someone close to me. And I don’t know if I’m doing it right. I haven’t wanted to tell anyone — waiting days even to tell my closest friends. Because talking about it makes it so much more real, and telling people makes it so much more permanent.

Truthfully, I didn’t want to say anything on the blog, and my initial instinct was to just keep going on as I normally do, keeping occupied and pretending that nothing happened. I like to stay busy, and I like to carry on. But I also know that because I share so many parts of my life with you, this couldn’t be left out. And I also know that I want to spend some space honoring my dad, because he deserves it.

As of now, nearly a week later, I’m doing somewhat okay. While the immediate grief was really hard to take, I feel like I’ve been managing reasonably well, falling into sadness, and coming out of it into almost normalcy each day — with a little bit of a blur around me at all times. If I sit still, I feel pain, so I like to keep moving.

My dad’s passing didn’t come out of nowhere. He had been having health issues with his lungs and heart on and off for the last three years or so. He would make a little progress, then lose a lot of ground. And he was definitely beginning to suffer toward the end. My sweet mom was taking care of him the best she could, but I know it was hard for both of them. Very hard. And I never mentioned any of this going on publicly, but I did allude to the fact that there are tough things taking place in my world that are ever present. We all have struggles, and my dad’s struggle is over, and for that, I’m truly grateful.

The truth is: I don’t really know how other people handle losing a parent, and I don’t really care how they do it either. I’m handling my pain and mourning, while also carrying on and trying my best. But then you add in the complication of COVID in our current world, and everything is a little bit harder. I made the decision to not go see my mom right after his death out of an abundance of safety. And this is a decision that has haunted me, even though it’s a decision both she and my brother and I agreed on together. But I’ve been able to support my mom from here in many ways and handle some things for her too. She’s holding up okay, and my mom is also lucky to have an incredibly supportive group of friends around her, who are there for her on the ground, while my brother and I support her from afar.

A little bit about my dad, Larry Craig Pinder … 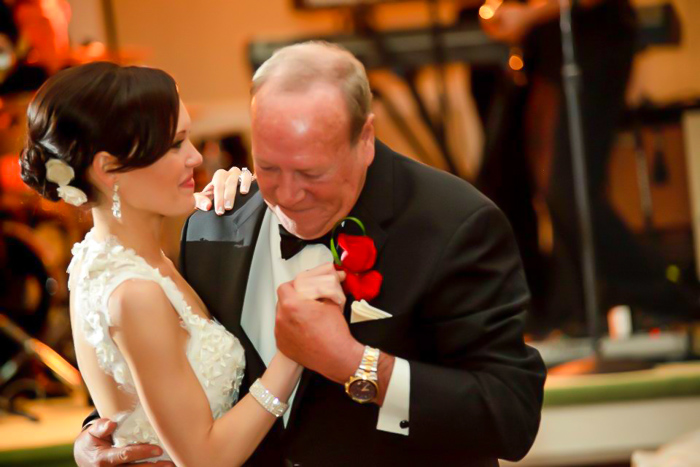 He was born in West Palm Beach, Florida; he was the oldest of four kids (one of whom passed as a young child in an accident); and he was one of the most hard-working people I’ve ever known in my life. He served in the United States Navy on a submarine, and he eventually became an instructor in the Navy too. He graduated from Florida Atlantic University, and he eventually moved our family over from the East Coast of Florida (where my brother, Matthew, and I were born) to the West Coast of Florida (where we grew up), so he could open a business — the American dream. He owned and operated a successful auto repair shop for more than 25 years. And seeing my dad working with customers and running his business was my favorite way to see him. He took such pride in his work, and he was so good at it. He worked six days a week for 25 years when his store was open, and he never complained about it. It was his honor to work hard.

My dad was literally the original “MacGyver,” and he was known to be the most efficient problem solver of all things in the world. One year, during our annual family vacation to Islamorada in the Florida Keys, we were out on our boat, when the motor stopped working. It was just Matthew, my dad and me, and there was a thunderstorm coming at a rapid rate in the distance. My dad came up with a way to jump-start the motor with fishing line and a rope (true MacGyver style), and he got us back to the dock safely. It’s something we always remember. If you ever broke anything, or if you ever needed to figure out something that seemed hard to do, Larry Pinder was your guy.

My dad was also the best Scrabble player ever. And oftentimes we would make fun of him, because he didn’t seem like he would be good — sometimes flubbing his speech and questioning the use of words in the language. But, oh how he was good. Some of my favorite memories of my family will forever be our Scrabble nights, where we would laugh, laugh and laugh. My dad would try to cheat and put down the worst words, we would challenge them, and then he would still end up winning with proper words. We invited Dave and my brother’s wife, Stephanie, into our family Scrabble bubble, and they will remember those times too. We had our last Scrabble night all together last Thanksgiving in Atlanta at Matthew’s house, and I’m pretty sure my dad won that night too.

My dad told the best ghost and horror stories. And growing up, my friends would request his stories, because he had such a deep voice and told them so well. He had always told stories about a scary large dog called “Louie,” and to this day, part of me thinks the stories, and the “Louie,” are both true. He knew how to tell a story. And he knew how to comfort you too, if it ended up being too scary. He had a soft heart, that’s for sure.

I sent my dad texts and pictures a lot throughout the years, and a lot of “Brady movies” as he would call them. And for a very long time, he signed his texts “Love, Dad” which I always thought was the cutest, because you know, you don’t have to actually sign a text. He also called me his “Grill” instead of “Girl,” and I don’t even remember how or why that started, but it was just always that way.

I will never forget the day of my wedding to Dave in May 2012, when my dad not only walked me down the aisle, but also gave the greatest father-of-the-bride speech I’ve heard to date. He took his job as the father-of-the-bride so seriously, he was so heart-felt and he was basically the host of our entire wedding, breaking it down on the dance-floor all night with all of our friends too. 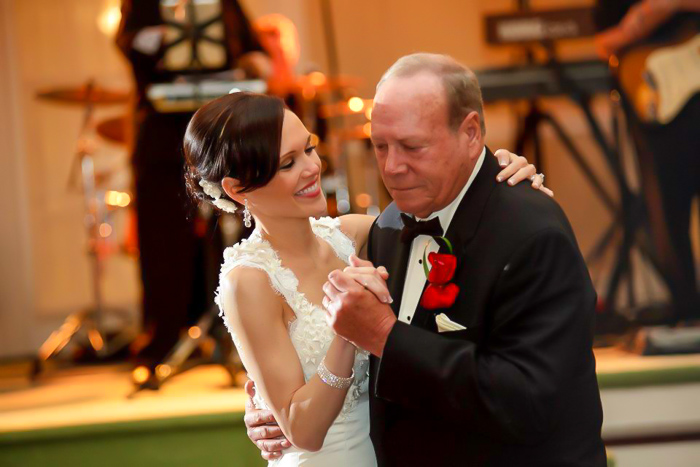 I’m comforted by the fact that I know my dad was so proud of my brother and me. I know he knew that we have both created good lives for ourselves and we are going to be okay. He loved us all so much, and he cared deeply. And I also know that my mom will be okay too, because she is strong. Once things are a little bit better with COVID, I plan to be spending a lot more time with my mom, and we both look forward to that.

We are not having any services for my dad immediately, due to the way things are right now, but we plan to take a family trip to Islamorada in the Florida Keys to spread his ashes in the spring. The Keys were his happy place, and we want him to remain there, living out his best days for eternity in the deep blue Florida Straits.

As I write this post, I know that I cannot possibly summarize a full life in a matter of words. But I do know that sharing some of this with you, even just the process of typing it out, has been therapeutic for me. I will carry on, and I will handle my grief as it comes, keeping a little bit of my dad with me always.

Rest in peace, Daddy. We love you. From, your “Grill.”