I’m thankful for the wonderful City of San Francisco for giving Dave and me a world of activities to choose from day in and day out.

It’s only Friday evening, and so far we’ve had our fair share of fun this long weekend.

This is the first holiday we’ve spent here alone without our families.  Last year, my family visited us for Thanksgiving.  And of course, we went back to Florida for Christmas and New Year’s.  Because cross-country airline tickets are so darn expensive during the holidays, we decided it was best to stay put for Thanksgiving this year.

Rather than sit around and feel sorry for ourselves, we packed our itinerary with all the City has to offer.

On Wednesday, we attended the VIP media reception at the San Francisco International Auto Show at the Moscone Convention Center.  There we had complimentary champagne and appetizers and perused all the new 2014 models of cars yet to hit the market.  I took a picture in my future ride, a Range Rover, and Dave spent time coveting the S7 Audi. 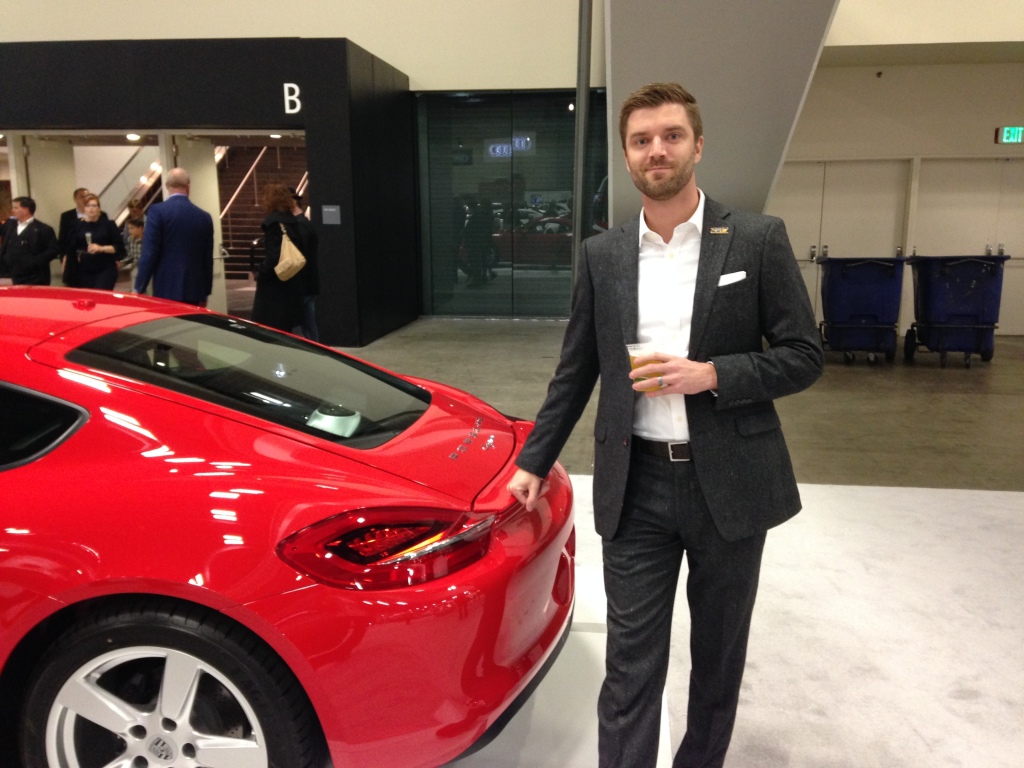 Once we saw all there was to see, we walked over to Zero Zero in our old ‘hood, SoMa, for some gourmet pizza.  This dining experience brought us up to restaurant #116.  Funny thing about Zero Zero; I’ve been there before, but Dave hasn’t.  So I couldn’t add it to our list until we’d been together.  We’ve tried to go twice before as walk-ups, and it’s always been packed.  While the food is only decent (not amazing), the setting is very cool San Francisco — dark lighting, rustic wood and some good decor.

On Thanksgiving Day, we were up bright and early for the Life Time Turkey Day 5K, which started at AT&T Park and ended at City Hall.  This is only the second year of the race in San Francisco, and it’s still growing.  (Apparently, there’s a bigger 5K over in Golden Gate Park, which we tried to register for but it was already full a few weeks ago.)

As part of our race fee, we were given some fabulous mustard yellow long-sleeve organic-cotton t-shirts, shown below.

I’d never done a Turkey Trot before and was looking forward to a morning sweat outdoors.  Although my workout schedule is pretty solid, I don’t spend much time running, so hadn’t really prepared myself.  We decided to run together and kept a pace of about 8:30 per mile.  We finished up the 3.1 mile run in just under 27  minutes.  Not too shabby.

There were probably 2,000 people in the race and nearly everyone wore the mustard yellow shirt.   I mean, it said “Bird is the Word” on the back … so who wouldn’t want to wear it?

We ran into some friends at the race and caught up with them at the little post-race expo.  There, we also snagged some granola bars and yogurt before walking home.

The Life Time Turkey Day 5K is a “no-frills” race with very little fanfare.  I guess that’s a good thing, because it means more of the race proceeds go to supporting the cause of combating hunger in the City. 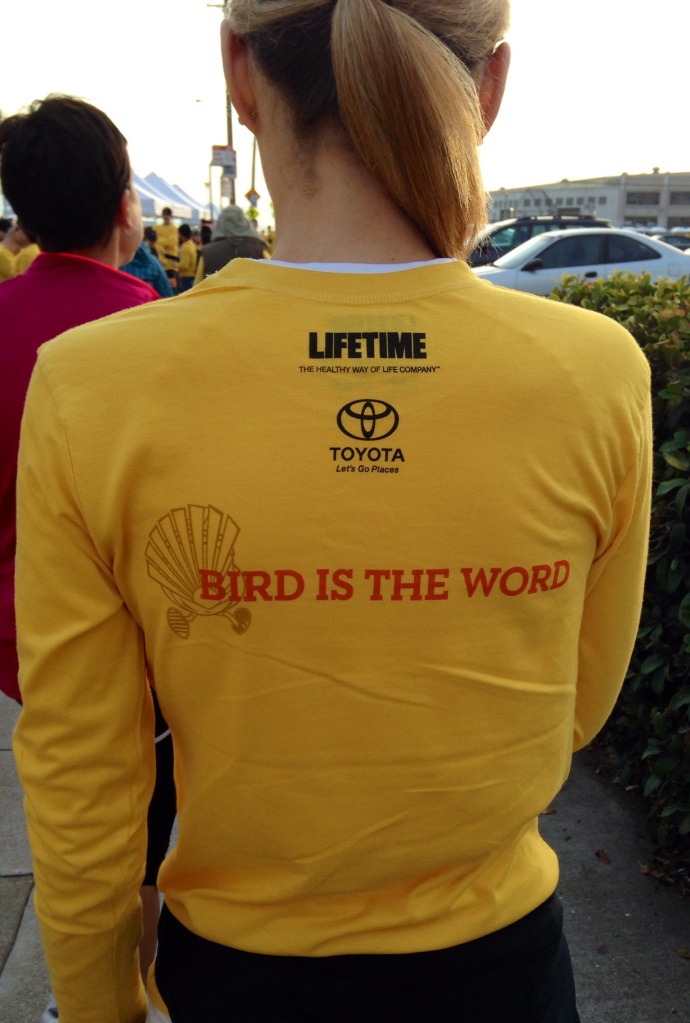 After a mile walk home through the heart of the City, Thanksgiving Day continued with watching the Macy’s Thanksgiving Day Parade and having a rousing Skype session with my family and a little FaceTime with Dave’s family.

I had already made a pumpkin poke cake the day before, which was sitting in the fridge waiting for us.  The day of, I made a roasted vegetable dish (colorful, healthy, delicious and shown below) and a salad, which kept me slicing and dicing in the kitchen for almost an hour.  Dave was in charge of the stuffing, mashed potatoes and turkey, and he did a first-rate job. 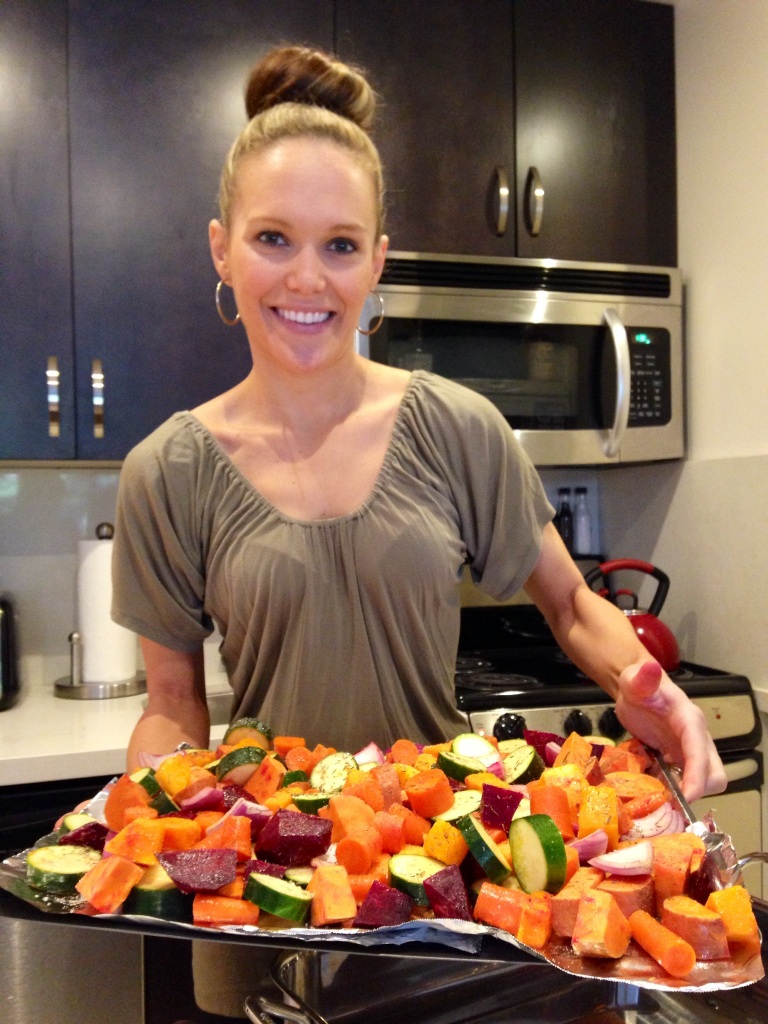 While the turkey was in the oven, we played Scrabble.  This was an important game, because the loser had to be in charge of washing the dishes post-feast.

Guess who won?  This girl.  Only won by eight points, but it was a victory nonetheless.  Check out below the terrible hand I played through to get the W.

About 4 p.m., it was time to feast.  We pulled out our fine wedding china and ate at the coffee table, right where we’d played Scrabble just half-an-hour earlier.  We don’t have an official table in our tiny city abode, so we usually eat at the counter on bar stools.  That just didn’t seem appropriate for a holiday meal — therefore, the couch it was.  Glorious.

After dinner, we decided to digest on the move and went ice skating at the Embarcadero rink.  It was a grand ole’ time.  I’ve skated a few times in the past, but am by no means confident on the ice.  Dave grew up playing hockey on lakes in Maine, so he had the skills.  (Much to my dismay, just another activity that he is good at … arg!)

The setting was perfect.  There was music playing, the air was crisp and it was such a good time.  We asked someone to take our picture to send to my Mom (a common practice) and it turned into one hilarious photo shoot.  By the looks of these photos, you’d think we’re ready for the ice dancing competition in the 2014 Olympics.

Then, it was home for dessert and relaxation.  I must say, the pumpkin poke cake I made was divine!   I found the recipe here on the Sweet Dash of Sass blog, but I substituted cream cheese frosting for the suggested lighter topping of whipped cream.   I’ve never met a cream cheese dessert I didn’t like, so that substitution was a must.

Today, Dave and I went to the Charles Dickens Christmas Fair & Victorian Holiday Party at the Cow Palace.  It was a hoot.  People were dressed in full Victorian costumes and were reenacting London from the 1800s.  We watched a musical revue, enjoyed some Christmas carolers, tried tasty foods like cottage pie, roasted chestnuts and a Greek plate.  The highlight for me was some warm apple cider, as well as the smells throughout the Palace.   I definitely had to twist Dave’s arm to attend this event, but I think all in all he got a kick out of the whole deal.

Here’s the map you’re given when entering.

And here are the roasted chestnuts.  I’d never had them before.  While they were tasty, it was far too much work to peel away the shell covering.

We also tried to join a waltz session on the ballroom dance floor.

Hilarity ensured.  We couldn’t keep up and were getting dizzy as we twirled and went around in a circle.  So fun. 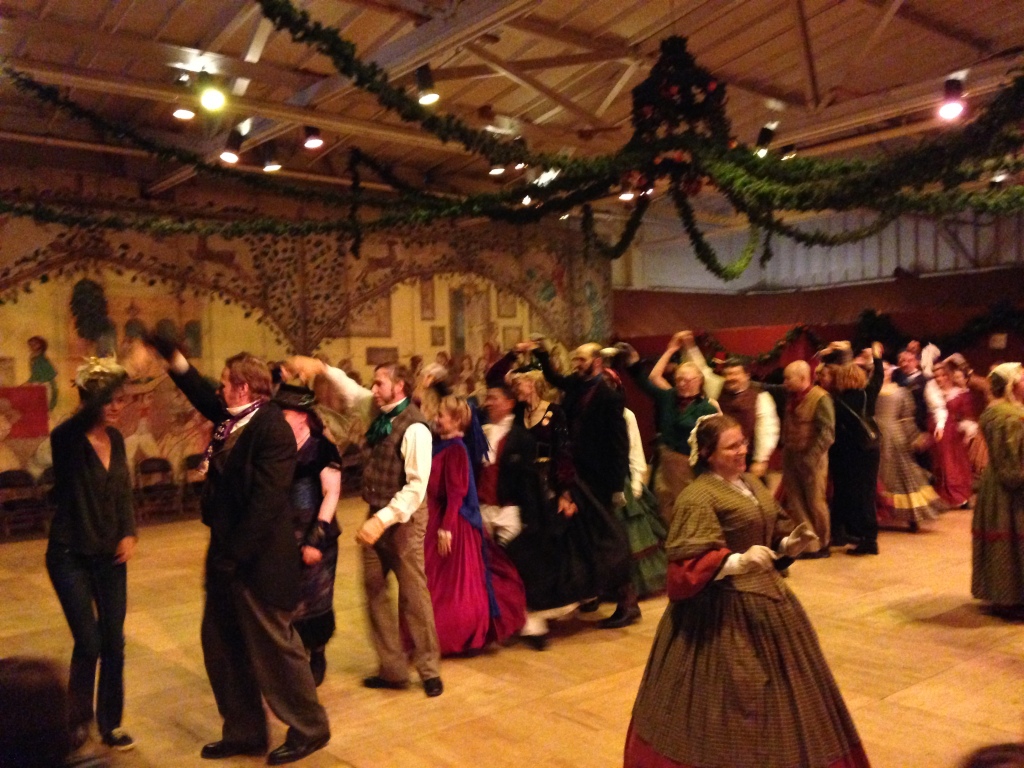 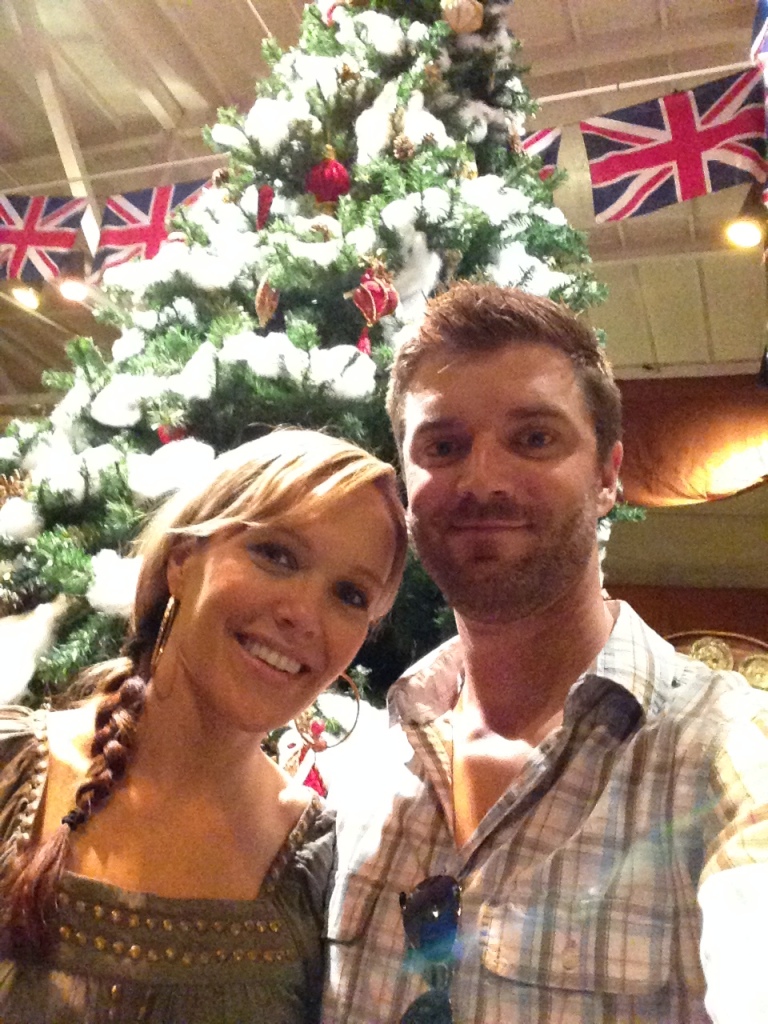 Finally, this evening, we went to the Macy’s Christmas Tree Lighting in Union Square.  It was perfectly mild weather, but a little bit crowded.  We couldn’t really see the performers, but had a great view of the tree when lit.

Although I miss spending the holiday with my family, I think Dave and I have done a great job of making the best out of what could have been a sorry holiday alone.

In just three weeks we’ll be heading back to Florida for a full week-and-a-half with family and friends.  Until then, we’ll continue to eat up the happenings in City by the Bay.