Hello, my friends, and welcome to one of the last blog posts of 2020 on A Lady Goes West. What a year it has been. Last week, I told you I had some news, and here it is: We’re moving!

After eight years of life in the San Francisco Bay Area, our little family is heading back to the East Coast. We’re moving to Charlotte, North Carolina, and we’re really excited about it. 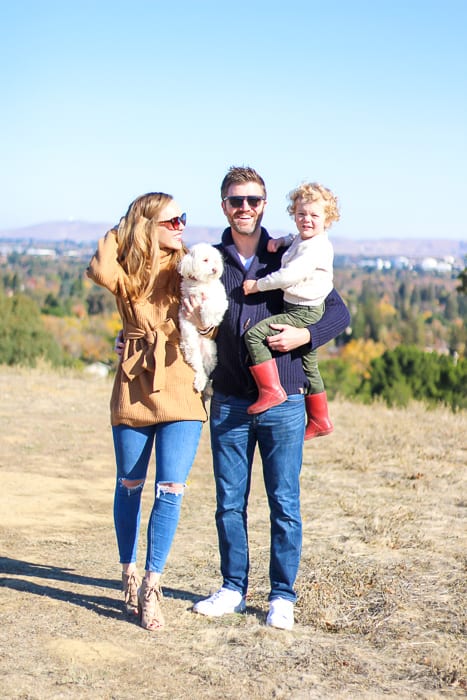 A little history on our lives in San Francisco …

When Dave and I took a leap of faith to leave everyone and everything we’d ever known in Orlando, Florida to chase a little adventure in California, we had no idea if we’d like it or if we’d stay for a long time. Well, we loved it. San Francisco and the East Bay of San Francisco are amazing places to live.

Because of our big move out here, I started a new path that has led me to own my own business that I absolutely love, and Dave has had some crazy success working for the Golden State Warriors, bringing home three diamond-encrusted championship rings. We got Rudy. We had Brady. We bought a beautiful home. We met wonderful people. There have been so many great things. But it hasn’t been all that easy for us. In some ways, it’s been downright hard at times. 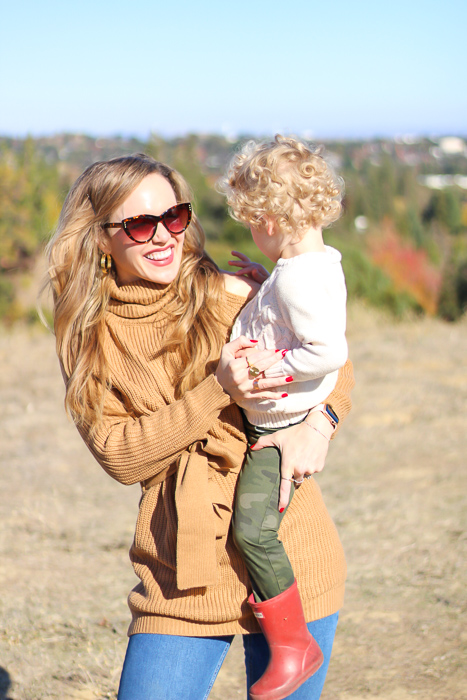 Let’s be honest: Having a child with no family help around and a husband who works crazy hours in the NBA was not a great combination for me. The first year of Brady’s life was t-o-u-g-h. I tried to work, teach my classes, manage our house and care for a kid who didn’t sleep … alone, much of the time. Dave did everything when he was home, but he was gone a lot. (Yes, I know, this may not seem signifiant to many, especially with only one kid, but it was significant for me.) We got through all of that, things normalized a bit, and then COVID hit. While it’s been nice to have Dave around more these last few months, this time has really made us think about where we want to be long-term — and that’s on the East Coast, closer to family, but still in a “big-ish” city.

While Dave’s job is one that he didn’t want to walk away from, it became clear to us that we needed to make a change. It couldn’t have been more serendipitous that Dave’s former boss just happened to take a new role as the president of sports marketing agency in Charlotte. Dave and him kept in touch, and when Dave told him we wanted to get back east, things started to fall into place nicely. So Dave’s got a great new job lined up in Charlotte, that will keep him in sports, but will have him doing what he does on the agency side instead of being part of a team. I’m very proud of him, and he’s pumped to try something new.

But there’s more: Most of you know that I’m incredibly close to my mom, and it’s been very difficult to be so far from her. While we did a good job seeing each other two or three times a year the first few years, that became more challenging after Brady was born, and as my dad got sick. There were two years where I only saw my mom once a year. That’s twice in two years. It was awful. But that will all change now, because my mom will be a 10-hour drive away, one that she is planning to make all the time, spending long stretches with us throughout the year (YAY!). It’s also like a 1-hour flight, so I’ll be using that option a lot too to go down and see her.

In addition to being a day’s drive away from my mom, we’ll also be about 3.5-hours away from my brother and his wife in Atlanta. Dave’s parents are back in Florida now too, so also a day’s drive away, and Dave’s other siblings and their families are in the Northeast. Basically, all of our close people, including our long-time best friends, will be in the same time zone (outside of Dave’s younger sister, Gwena, who is in San Francisco and who we will totally miss having nearby). A great change for us! 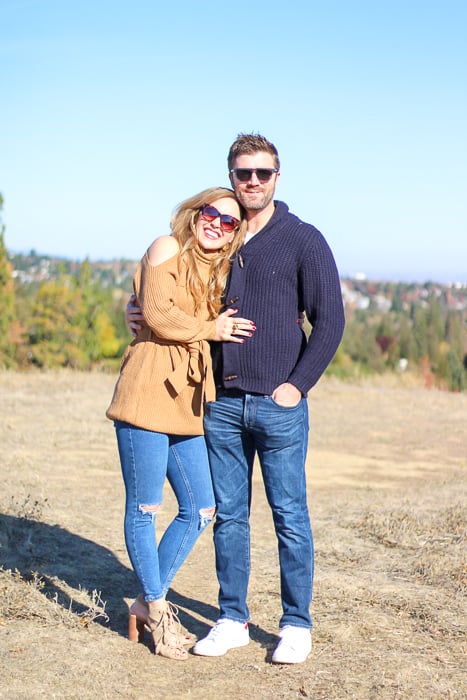 Over the last month, my stress level has been through the roof — with the pending move, preparing and showing the house, the loss of my dad and so many other national-pandemic-related things — I’ve had numerous breakdowns. So much so, that I was losing hair and dealing with all sorts of stress side effects — which are all starting to get better, slowly but surely.

We had to do a lot of things to get our house on the market to sell, then we prepared for photos, did a bunch of showings, sold our house, booked movers and have begun the process of selling a lot of our furniture that we don’t want to take with us. The cool part is that one of my dear friends is our realtor, and we sold our house to a set of friends too.

What are our plans in Charlotte …

So what are our plans in Charlotte? We are going to rent for a couple months while we look for a house to buy, and we’re looking at neighborhoods just south of downtown Charlotte. Housing is a lot more affordable in Charlotte than in the Bay Area, so that’s a major plus for us. Other than that, we don’t really know anyone, and we’re okay with that. We’ve made a big move before, and we know we can make it our “home” as time goes on.

Brady knows that we’re moving, and he’s excited to go to his new house. In fact, nearly every time we get in the car now, he asks if we’re going to North Carolina. I think he’s at a very adaptable and easy age to make this change, and we’ll be glad to be settled into a house that we love well before he needs to start kindergarten in the public school system. 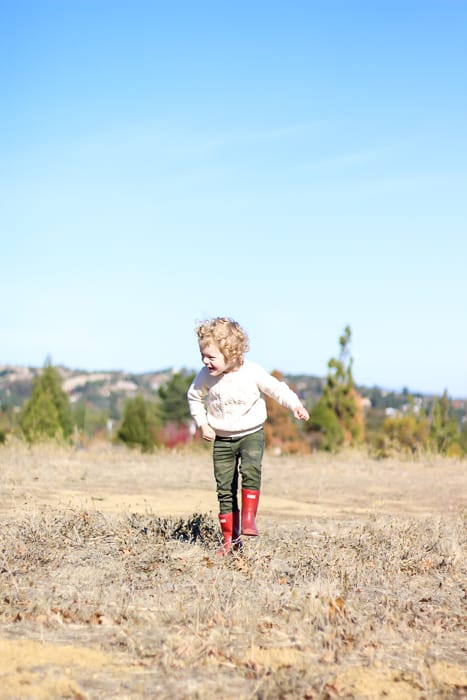 Our movers are coming January 5th, and we’ve got one-way tickets for January 6th, landing in Charlotte and showing up to a short-term rental, with all of our belongings heading to a storage facility until we find a house. While the last couple of months have been stressful, I know we’ve got a lot ahead — but I also know that this move is meant to be for us, and we’re going to enjoy the adventure, just like we enjoyed the adventure out west.

We’re going to miss a lot about being in the Bay Area, but we know in our hearts this is a change we’re destined to make. 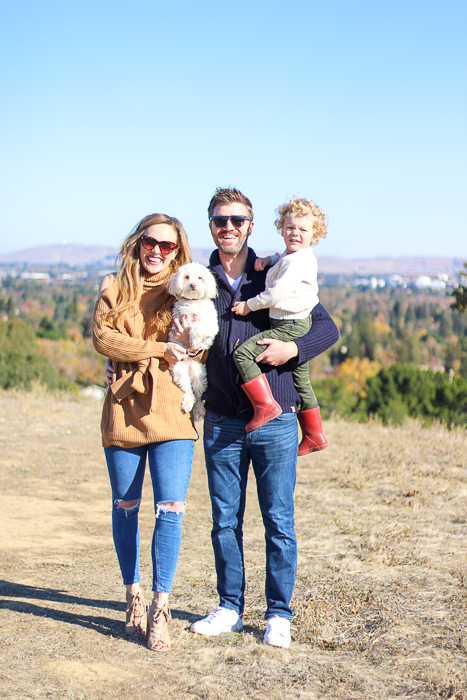 By the way, as soon as I started telling people about the move, one of the questions that came up is the name of the blog. As you know, the whole reason I started A Lady Goes West was because we left Florida to move to California and I wanted to document it. Well, the blog has evolved over the years. So YES, I will be changing the name. I’m just not entirely sure what I will be changing it too — I welcome any and all ideas.

That’s my news for today, friends! Thank you for being here and following along with our lives! Much more to come soon. 🙂

Have you ever been to Charlotte?

What should I rename the blog?