This past weekend was a good one for me, and I hope it was for you too.

A fun weekend filled with music and barre

On Friday night, I went to a Garth Brooks concert with some girlfriends, and we had an awesome time. Being a country-loving Florida girl at heart, I’ve wanted to see Garth in concert for many, many years, so this was a big deal for me. The concert was at the SAP Center in San Jose, which I had never been to before. I could have people-watched forever, because there were some good ol’ country outfits at this event. Fun stuff! 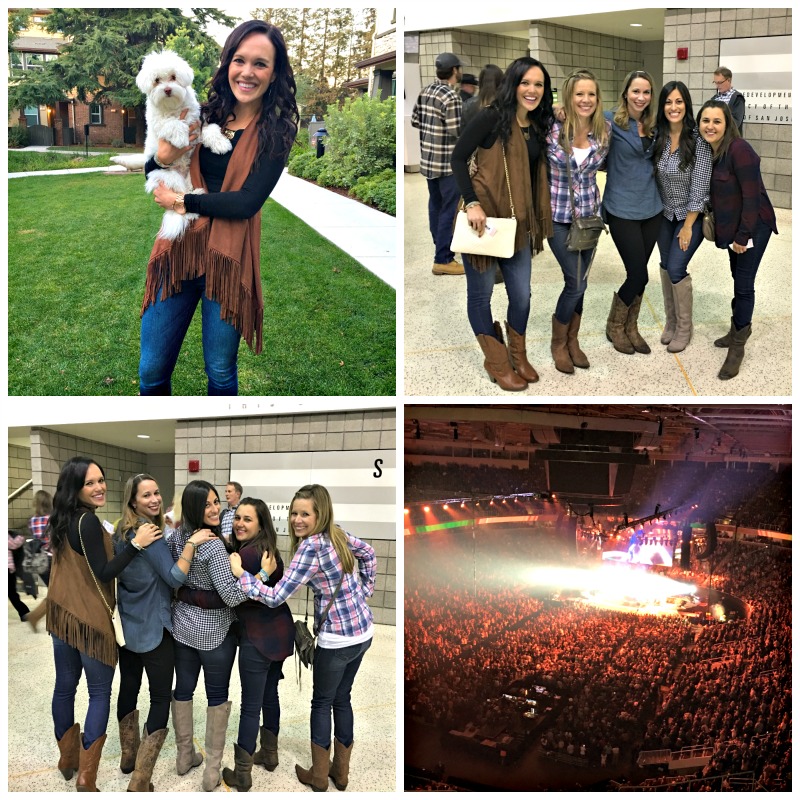 It was a cowboy boots, pizza and beer type of night with these ladies.

We were lucky enough to snag some suite tickets, so we had a perfect set-up for taking in the concert. Trisha Yearwood was the opener, and she returned to the stage to sing with Garth during his set as well. I’ve been to a lot of concerts, but I don’t think I’ve ever known the words to every single song like I did with this one. It was awesome. I sang at the top of my lungs, as did the other girls, and we were not the only ones. By the way, Garth Brooks sounds just like you would expect live — his voice is so recognizable. I could have listened to him play every song two times! My favorites were “The Dance” and “Shameless” but of course “Friends in Low Places” is certainly a crowd-pleaser.

On Saturday morning, I went to a barre class at Yoga Treat, which is the adorable yoga and barre studio I profiled last month. Dave was originally going to join me, but he woke up not feeling well with a sore throat, so I let him sit it out. Good thing, because I was there for more than two hours, helping out with a photo-shoot after the workout was done. Once I was done, for a mid-day snack, Dave and Rudy and I popped over to Jamba Juice for some smoothies, then spent the rest of the day laying around the house. 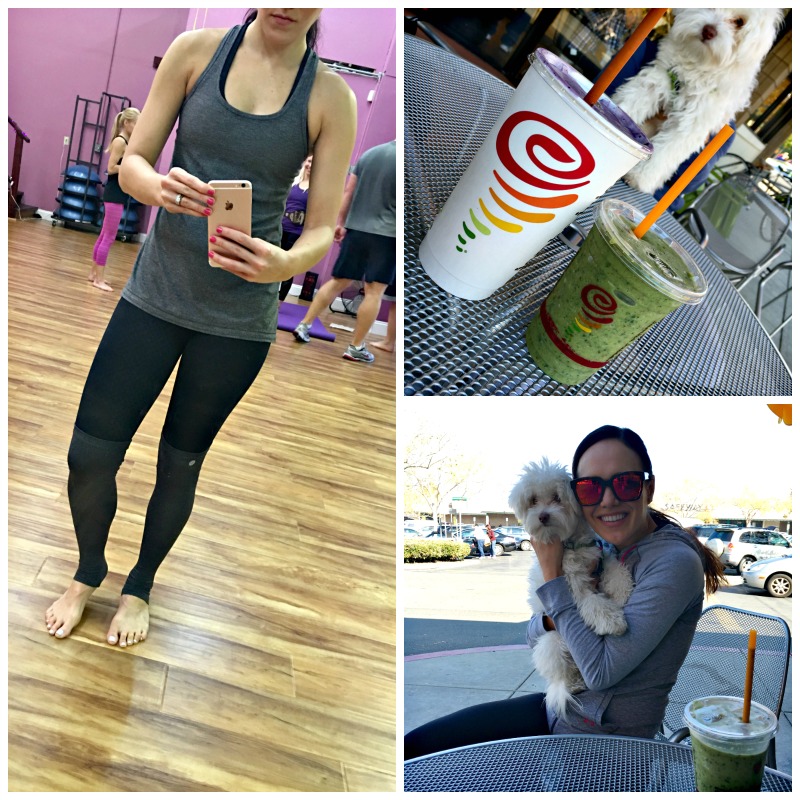 Dave had to work at a basketball game in the evening, so I watched TV with Rudy and packed for my Florida trip, which is coming up this week. We had pizza for dinner pretty late after Dave returned home from the game, and that was that. (Yes, I had pizza two nights-in-a-row, and I’m not going to apologize for it.)

On Sunday morning, I headed into the City for a most wonderful facial, which I’ll be sure to tell you more about soon. Then, in the afternoon, Dave and Rudy and I hung out at home, stopped by the market for steaks, cooked a good dinner and laid low. And that was the weekend. Now, let’s talk about fitness for a bit …

Every Monday, I take a look at my most recent week of workouts to stay accountable. And I’m doing so as part of a “Week in Review” link-up with Meghan, as well as with Rachel and Janice for “Motivate Me Monday” …

This past week had some great variety, including cardio, strength, yoga, barre and two core sessions. I definitely enjoyed getting back to the barre for a little change-up of my routine, but the best part of the week was the fun of teaching BODYATTACK, of course.

This past week was just a little bit light on resistance training, because I only had two full weight-lifting sessions. While we did a little bit of upper-body weighted work in barre class, I don’t quite think that counts. The next couple of weeks will be much lighter for workouts in general while I’m away in Florida, so I’ll get back on the wagon in early December. No big deal.

I hope you have a good day, my friends! (If you haven’t already, be sure to enter my giveaway for Sunwarrior products, which ends tonight.)

What’s the best concert you’ve been to lately?