* The following is a post written by my very own Mom, who was kind enough to share some words while I’m away. Below she offers a different viewpoint on my adventure Out West, in which she gives the side of the loving Mother, who has had to learn to deal with the distance away from her one-and-only daughter.

I am enormously excited to have been asked by Ashley to be a “guest blogger” while she vacates in Cabo. The first thing that happened when she asked me to do this was of course a few small tears. Because that is so sweet, and I am very flattered. The second was of course an enormous amount of anxiety to even begin to do justice to this wonderful online journal that she has created.

As you can imagine, as much as I love the Lady, it hasn’t been easy to have her live across the country from me. (She couldn’t have chosen a location much further from our home in Southwest Florida.)

More than a year-and-a-half-ago, not long after the Lady decided to head out West, I was fooling around and actually wrote the following blog-like entry about my impending airplane trip to go see her in her new home in California. Although I lived allover when I was younger, I had not stepped foot on an airplane in more than 30 years, and I was terrified. I am glad I kept what I wrote, because it seems perfectly appropriate to share today.

Not Your Daughter’s Blog
Ramblings of a sixty-something, on the topic of transportation

I was talking to my daughter yesterday and she mentioned she was taking a bus home from a San Francisco destination. Turns out this was not just a bus, it sounds like a cross between a subway and a cable car. She mentioned that this contraption goes both on the street and into tunnels, delivering a closely packed crowd of strangers. None of whom, I’m sure, would be even remotely interested nor sympathetic to the anxieties and motion-induced maladies of this sixty-something passenger. Not that I will ever find out. I mentioned to her during the telling that she had found yet another form of public transportation that I could not handle (BART, the subway in San Francisco, having been immediately dismissed by me.)

And I got to thinking that just about everything that will happen from here on out is going to be like that. In fact, I will be challenged by the ultimate public transportation, which is taking a plane trip out to California and then actually returning on it! It’s going to happen, it has to. Everyone says it will be fine and I will never know what I was so worried about. I kind of have a different feeling. Like I may not fly out there again, but I will at least have given it this chance. On that I hope I am wrong! But I do know this much, I am happy that we will be using our trusty feet to get everywhere we want to go while I am visiting. Walking never sounded so good given the alternatives!

She is there and I am here, that is challenge enough …

As I prefaced, I wrote this right after she moved. And I did fly out to San Francisco shortly after writing this and have done so several more times. It hasn’t really gotten any easier, but I would do anything for this Lady.

Meanwhile, I am dreaming of the day when we live a few time zones closer. Until then, I will keep dreading the flights, but rejoicing in the days we spend together. 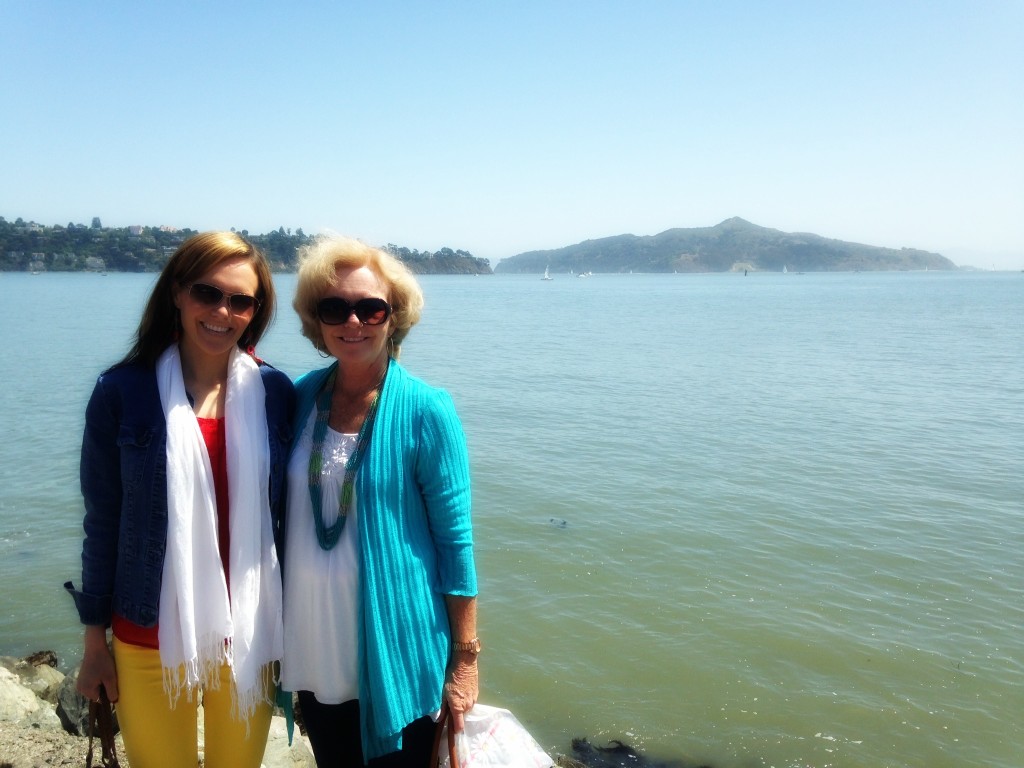 Thank you for reading.

Do you wish you lived closer to some of your loved ones?

Have you called your Mother today?