Something pretty cool happened on the Fourth of July this year. Not only did Dave and I have our friends, Jess and Amanda, from Florida visiting us, but we were also able to introduce some of our separate groups of San Francisco friends for the first time.

Long before the holiday approached, we had planned to take Jess and Amanda to spend the day at Fort Mason Park, (our favorite day-time activity in the City) and casually asked a couple of local friends to join the fun. We were super excited when everybody came.

After an easy dinner of take-out on Thursday night, Dave, Jess and Amanda and I were up early on Friday for Fourth of July and ready to roll.

We were the first to arrive to the fairly empty park, so we had plenty of space to set up camp and do a photoshoot. 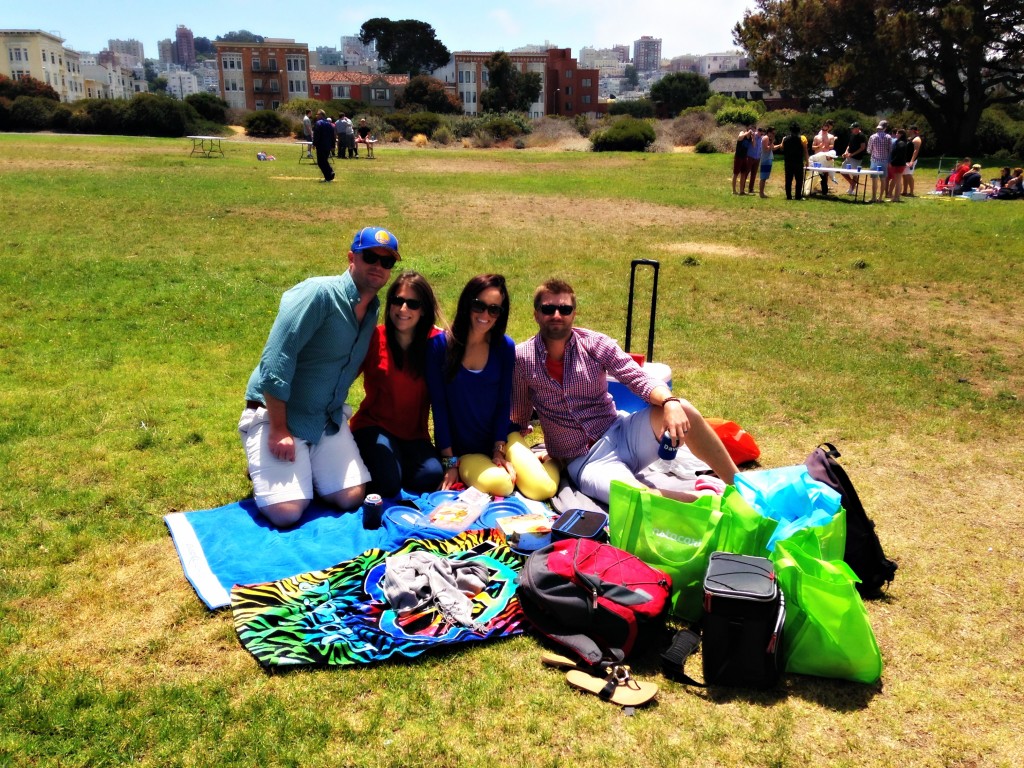 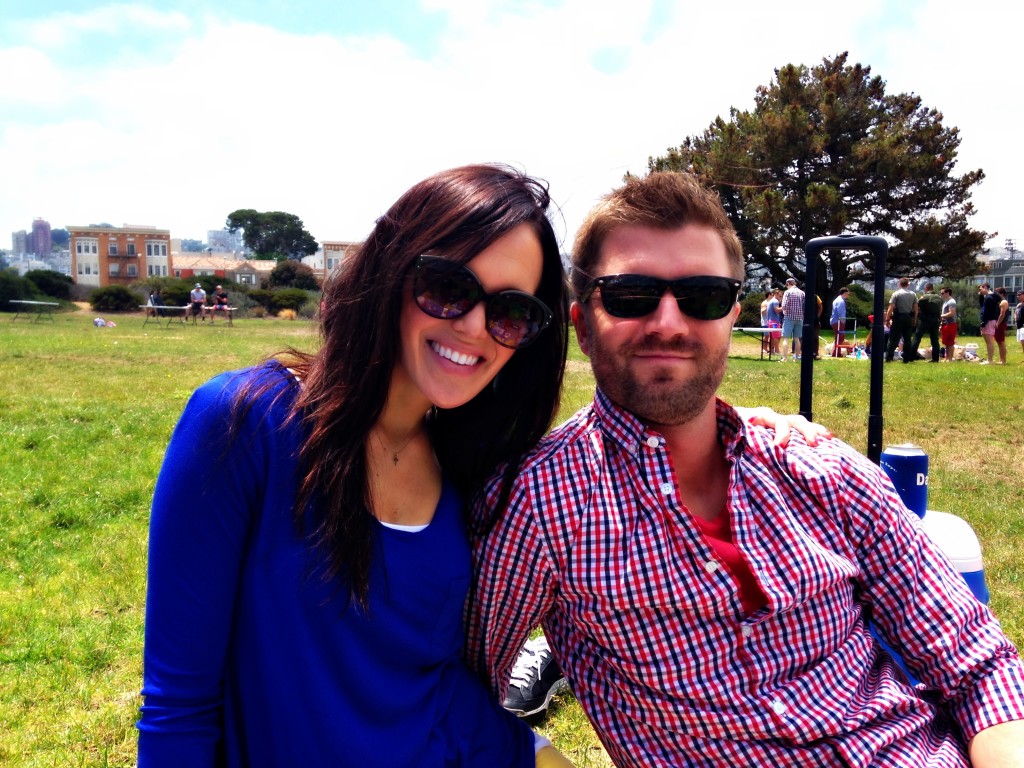 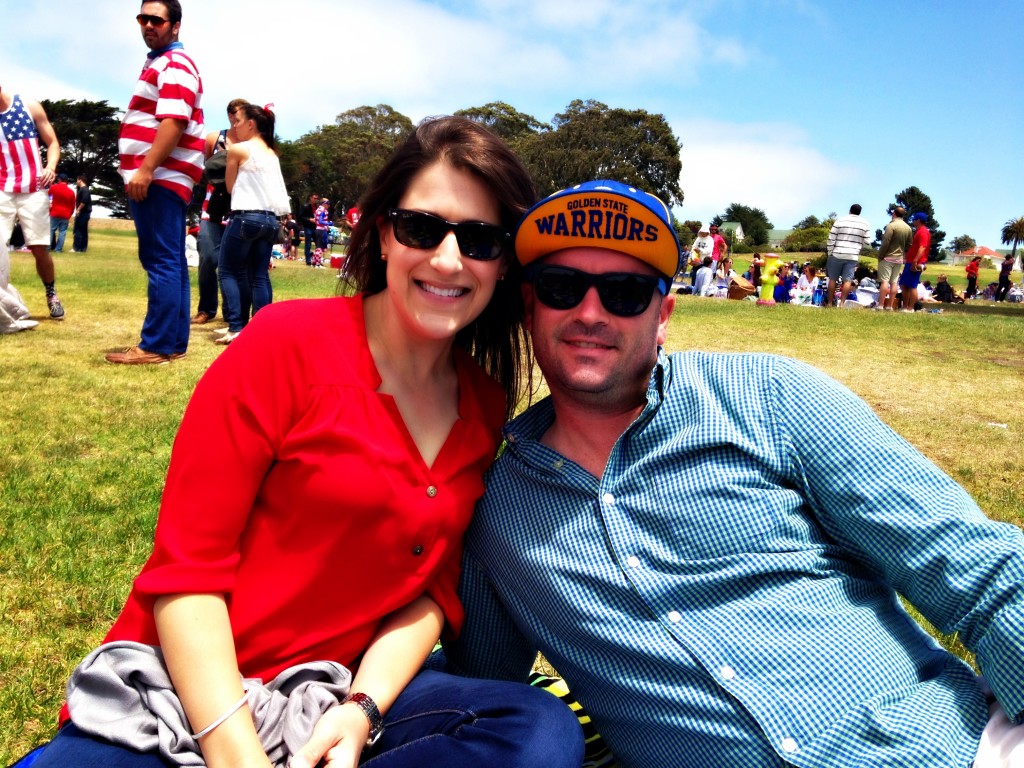 Yes, that is Jess, above, wearing a Golden State Warriors hat. I hope his Orlando Magic friends see this!

We had everything we needed for a good day with us in a couple of coolers and bags.

The boys had gone to Trader Joe’s in the morning to get us the necessary sustenance, while Amanda and I did BODYATTACK in my living room for a quick sweat session.

Dave and I have picnic packing down to a science and our setup usually includes the following spread, all of which we can easily pick up in a quick TJ’s run:

We also threw in a few specialty items this time, like the infamous Trader Joe’s Cookie and Cocoa Swirl butter with graham crackers, just because it was a holiday.

To complement the food and drinks, we brought cards, games and a JAMBOX blasting some great tunes.

Braving the elements on Fourth of July

The second our group arrived at the park, we noticed how windy and cold it was. Although Dave and I have lived in San Francisco for nearly two years, and we know how to layer, we’re still frequently surprised by just how frigid that breeze by the Bay can feel.

But the group kept growing, and the popular park kept getting busier, even as we added layers of clothing. 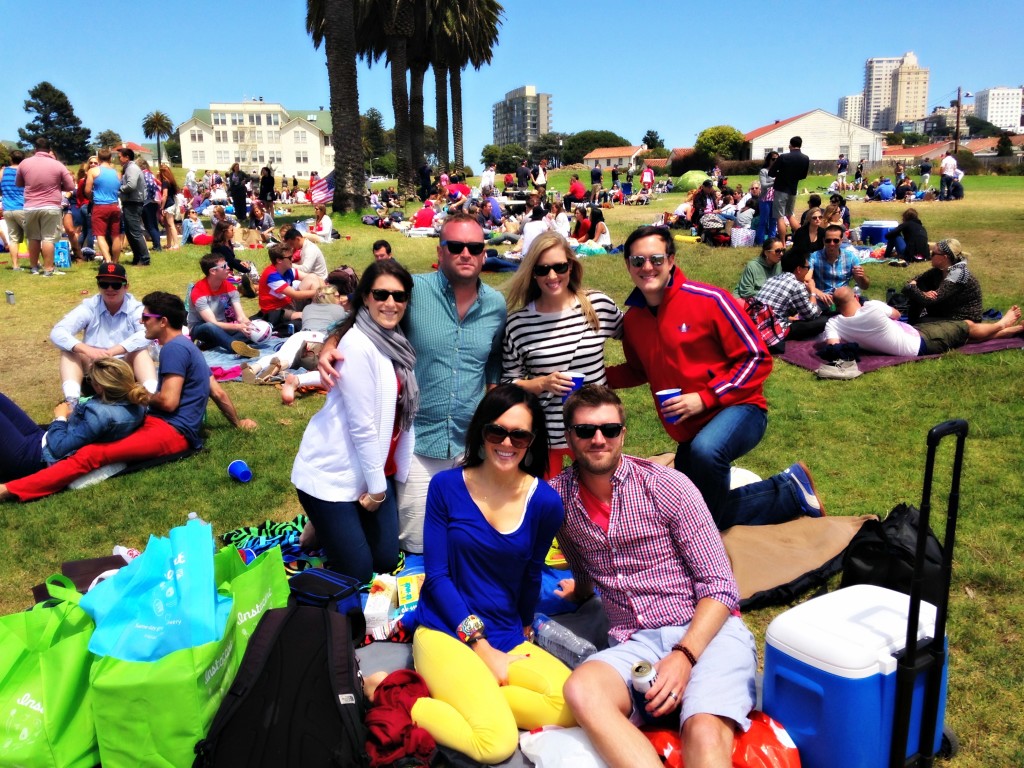 As the afternoon went on, it got colder and windier. In fact, as much as we tried to fight it, we finally had to relocate indoors. But not before a group cheers! 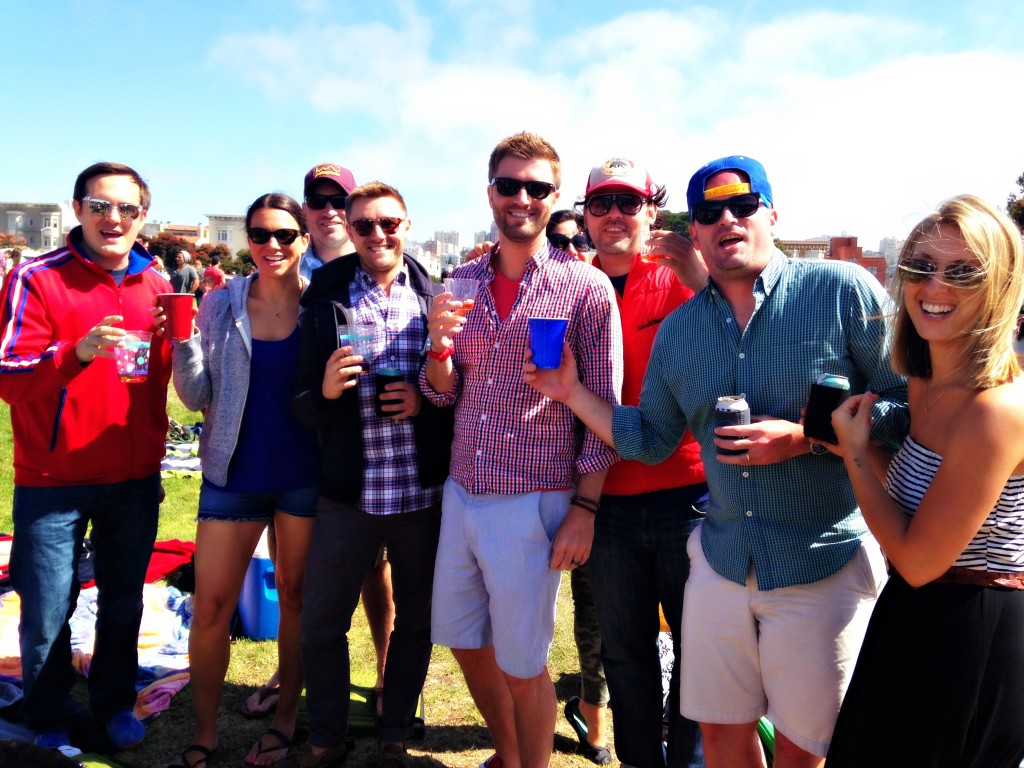 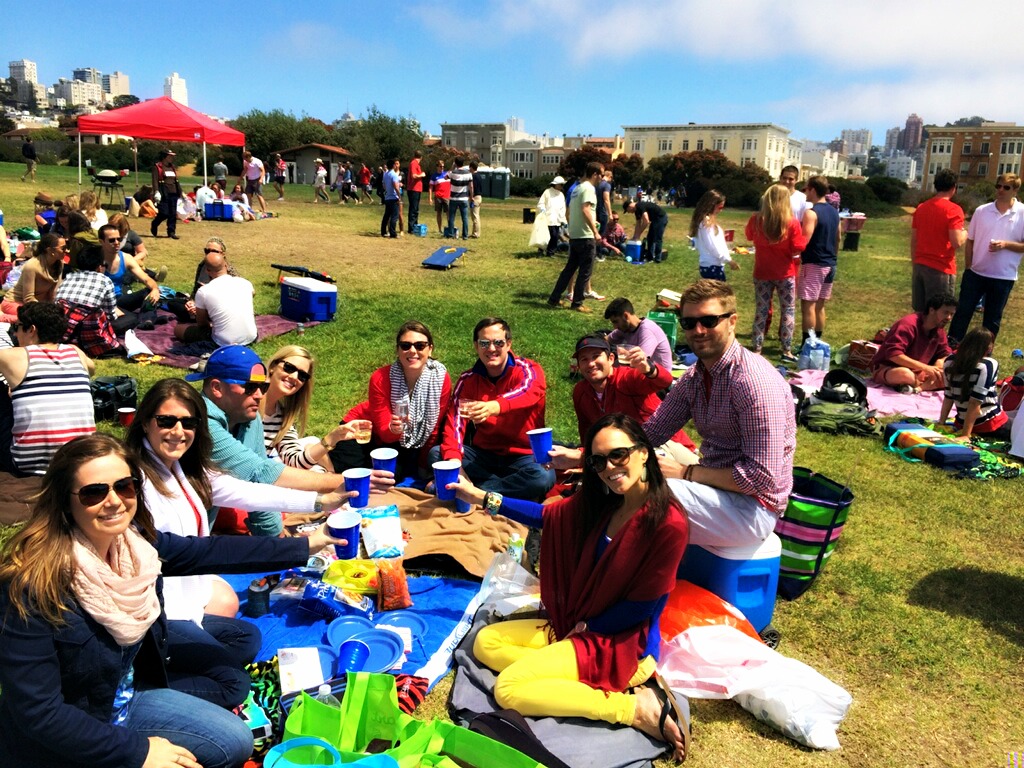 Luckily, some people in the group lived near the park, so we moved our messy picnic spread and games up to their living room.

Once inside, we pulled out Cards Against Humanity, (an absolutely hilarious game I experienced the first time while camping a few weeks back), and the fun continued.

As the evening hit and our rowdy group had overstayed our welcome as guests, we hopped in an Uber and headed home. Nope, we didn’t even stay out late enough to see the fireworks this year.

Fourth of July was a bundle of fun. While it was a long day, it went by really quickly, especially after all the wine/champagne/beer was finished.

I’ve said it once, and I’ll say it again. A park day is a good day.

How was your Fourth of July weekend? Do you have a favorite food you like to bring to picnics?