The good and the bad. That’s life. Yesterday morning, I was incredibly sad to see the news of the tragedy in Orlando. As you may know, I lived in Orlando for more than six years. It’s where I started my career, met Dave, got married and still have a huge community of friends. Dave and I lived in downtown Orlando very close to where the horrific events occurred, and I cannot imagine what it must be like to be in the heart of it. Sending so many thoughts and prayers to the people of Orlando.

But we’ll keep things routine around here and talk about the weekend and my latest week of workouts. It was nice to make use of some free time over the last couple of days, and they were full. Here’s how it all went down …

Such a good night! I met up with Nichole at Broderick in downtown Walnut Creek, which is a new place with a totally cool vibe. We sat at a high-top, had some wine, watched the Warriors game in the background and chatted up a storm. She’s a sweetheart, and I love hanging out with her. And yes, two bloggers got together and didn’t take a single picture. It happens, people. 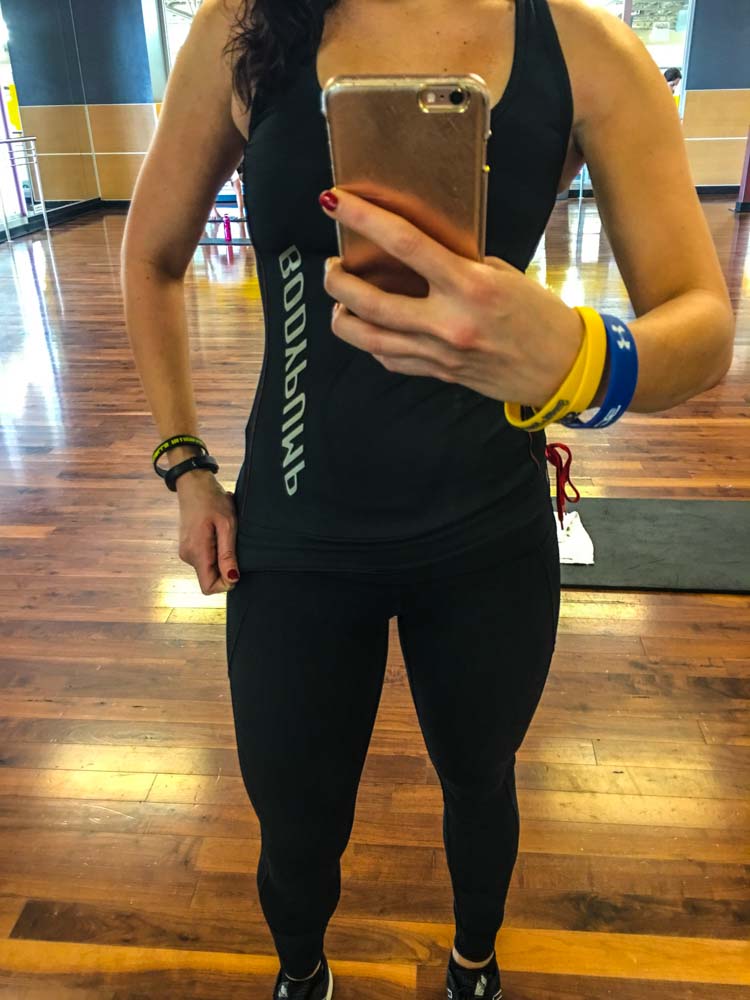 And now for a story …

For the next few months over the summer, I’ll be up and at ’em early on Saturday mornings to teach BODYPUMP, and this was my first one of the season. Well, don’t you know something ridiculous happened …

I went to the gym, went into the group fitness room, started to set up and realized I didn’t have my music. I mean, no music. No iPod. No CD. Didn’t have the music on my iPhone. Nada! I’ve been teaching group fitness for almost seven years, and I’ve had nightmares about being unprepared for class, and it’s never happened until now. When I realized I had nothing, I ran as fast as I could to the parking lot, jumped in my car, sped home (called Dave continually, but his phone was off, and he was sleeping because he got home at 5 a.m. the night before after being in Cleveland for the Warriors playoff game).

Mentally, I was in a complete panic. I got home, ran inside and found the iPod in my purse (which is not where I normally keep it, but because I had lent my car adapter out, I brought it inside with me, which was out of the ordinary — but that is neither here nor there). As soon as I had it, I ran back into my car and sped back to the gym. When I got back, the parking lot had filled up, and I had to WAIT for a parking spot. The entire time, I was totally freaking out and talking to myself out loud. Finally, I parked, ran as fast as I could back into the gym, up the stairs and into the group fitness room — already sweating and huffing and puffing. By the time I put on the microphone and my weightlifting gloves and quickly started class, it was 8:03 a.m. Three minutes late. I laughed it off with the members (and there were a lot of them with 50 in the packed room), and they didn’t seem to mind. Somehow, I ended up teaching an awesome class. But still, I can’t believe I let that happen, because that’s so far from my usual totally prepared nature. From now on, I plan to be armed with double-music! Ahhh! (Thank goodness I live very close to the gym and had arrived early that day, or this story would NOT have a happy ending.)

The rest of the day, I hit up the grocery store, did some chores and even took a nap (I must have been tired from all of the heart attacks that morning). Dave and I also went out to lunch at Urban Plates in Pleasant Hill, which came highly recommended to me from a few friends. It was divine, and we will totally be going back, because I’m pretty sure I proclaimed it my new favorite lunch. Super healthy options. Here’s my selection … 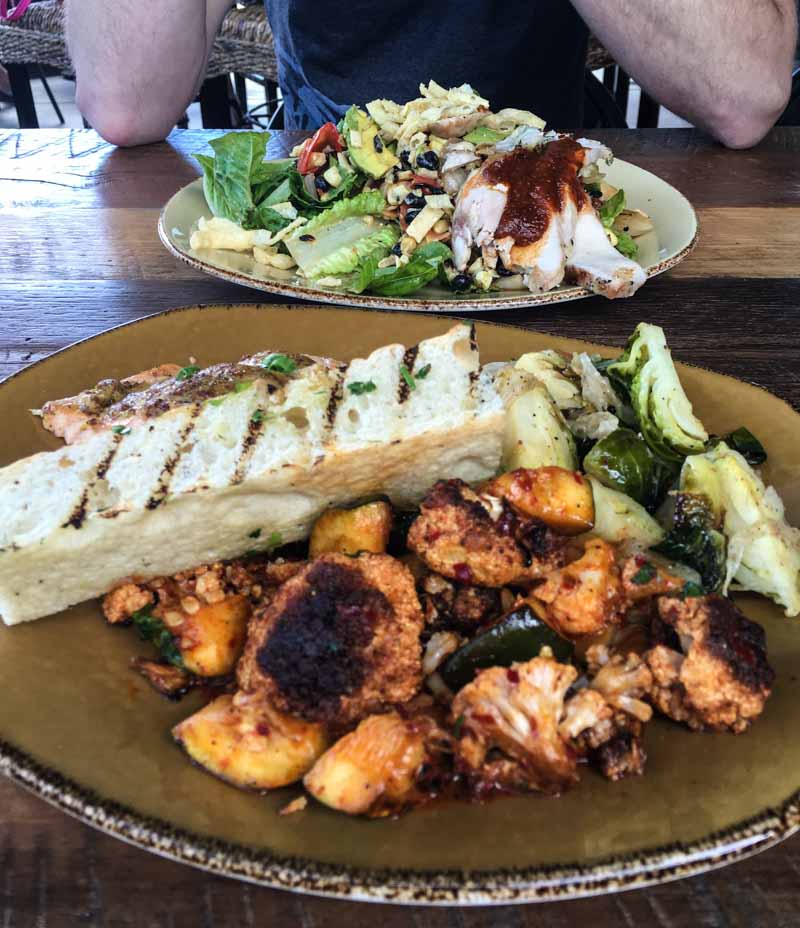 And the events didn’t end there. In the late afternoon, we welcomed Dave’s little sister, Gwena, who drove up from Southern California to visit us. Gwena just graduated college a few weeks ago and is currently on a little road-trip to explore.

That evening, we had some wine on the patio at home, and then headed to downtown Walnut Creek for an awesome dinner at Teleferic Barcelona, a newish Spanish tapas place, with a super cool atmosphere and great food. We ordered small plates to share, tasty sangria and the most amazing salmon tartare that I’ve ever had. (And by the way, Gwena fell in love with Walnut Creek, which has happened with most of our visitors as of late.) 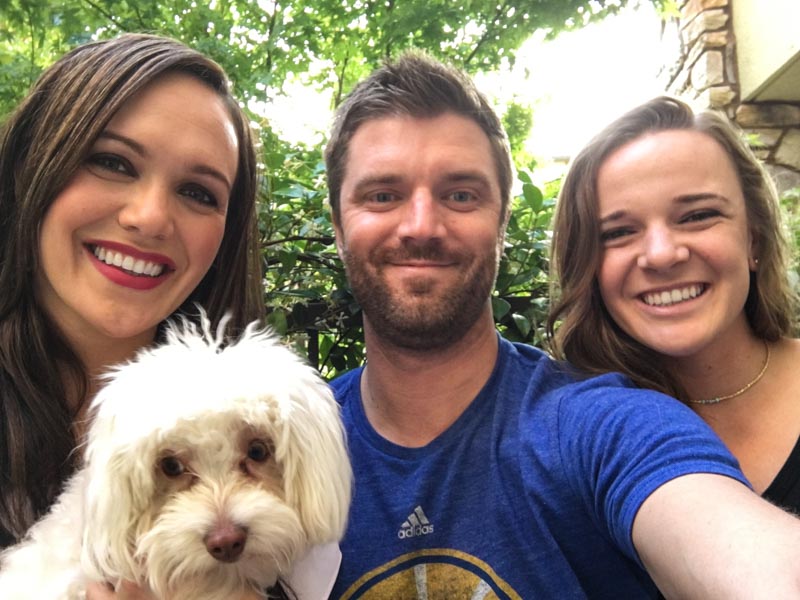 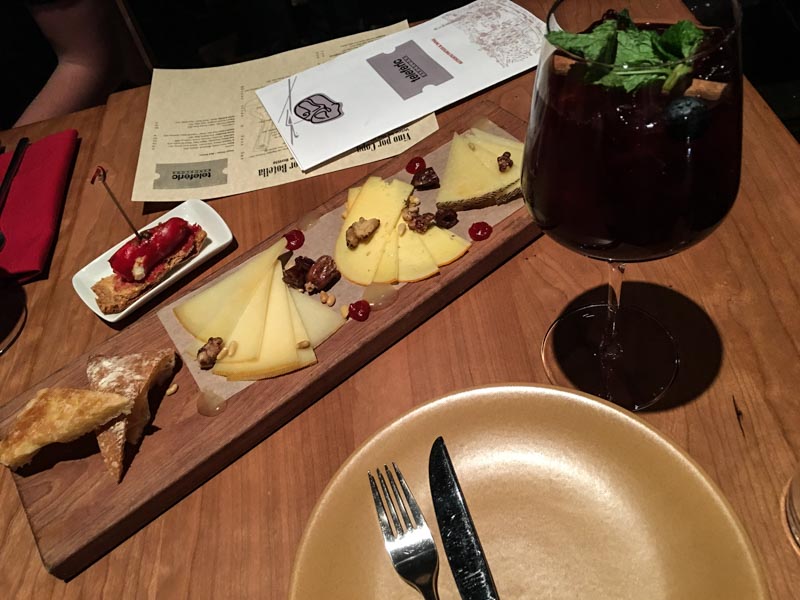 In the morning, Gwena and I went to get manis, then the three of us ventured out to head to the City for some exploring. It was a great day for being outside, and we definitely go our steps in. We walked through the Financial District to the North Beach Festival, went through Chinatown, Nob Hill and Union Square and finished up with a late lunch for me at Lemonade in Yerba Buena Square, where we met up with some City friends for a bit. It was a nice and relaxing day showing Gwena some of San Francisco. 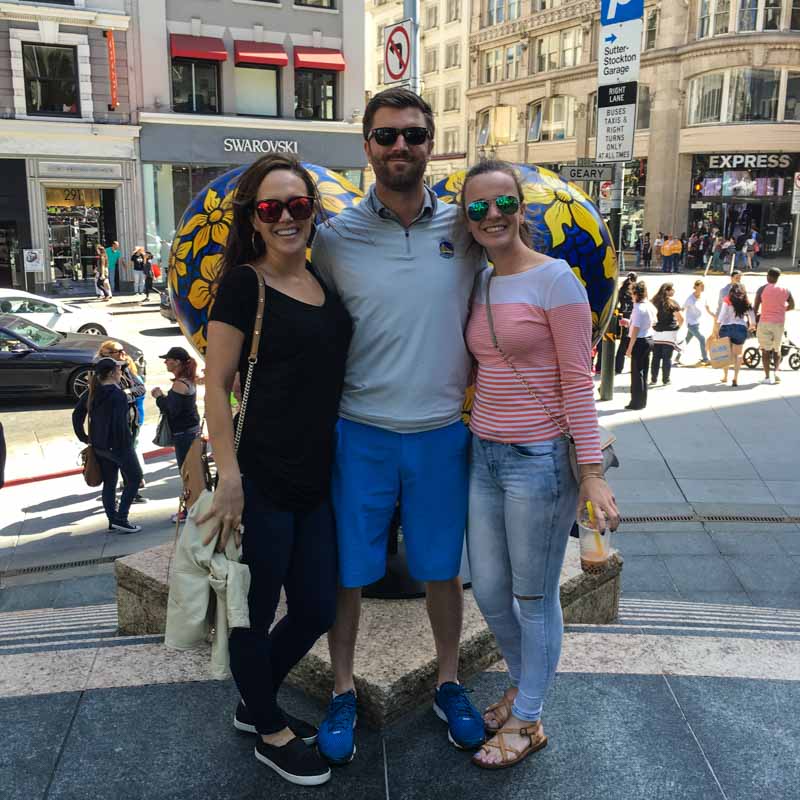 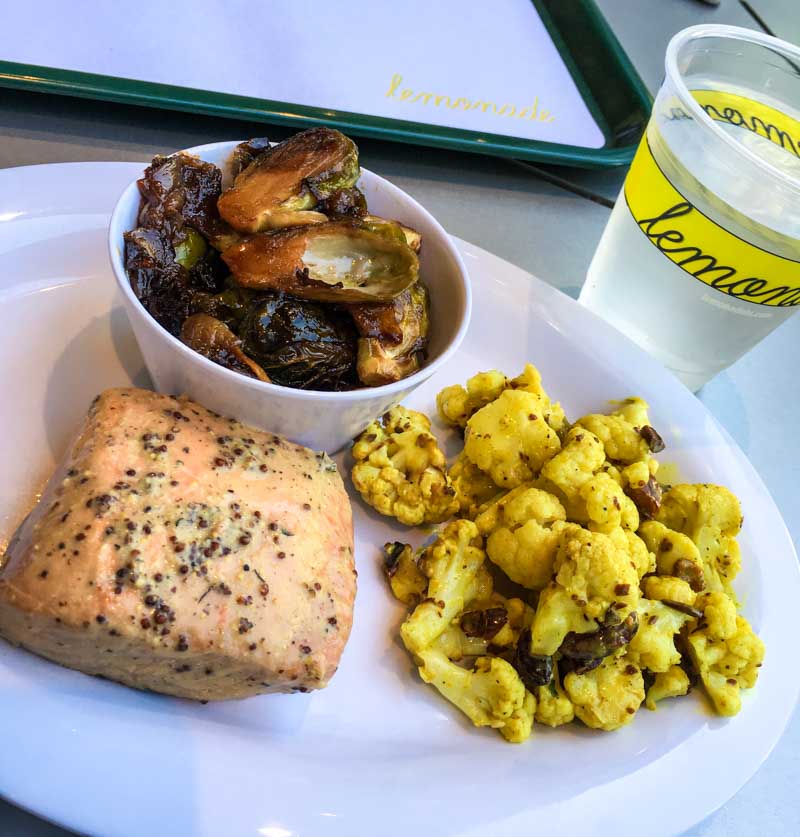 The evening concluded with dinner at home and some chill time. And that was it! A good weekend for sure, outside of the sad news from Central Florida, that won’t be out of our minds any time soon. Now, let’s talk fitness …

The most important part about this past week? Once again, I got in three sessions of resistance training, and they were all one-hour long, which is just awesome for me. I also did cardio twice and took two full rest days. While I love to get one yoga session in each week, it didn’t happen this one, and that’s okay.