Ladies and gentlemen, we have officially entered autumn. With fall comes football season, chunky sweaters and changing leaves, if you live in the right part of the country, of course.

Yet this year, while we were still in the heart of summer, I started seeing pumpkin and other fall-related items everywhere. It took me a while to come around, but I just bought my first can of pumpkin of the season and have been putting it to good use.

Adding veggies and variety to breakfast

In an effort to switch up my breakfast from my usual bowl of overnight oats, I decided to try a new recipe this week. And because summer squashes and pumpkin are all the rage, I’m featuring both zucchini and pumpkin in one dish.

I’d like to introduce you to “zoats.” Oats mixed with zucchini. I heard of this combination more than a year ago and have wanted to try it. But of course, the ease of sticking to a breakfast that I know and love has kept me away until now.

Now it took me a couple of tries to get this right. And it definitely takes more work than throwing together some overnight oats and pulling them out in the morning. I had some later starts at work this week, which gave me time to move around in the kitchen.

Don’t be too scared by the zucchini. The taste is not overwhelming, and really it’s just part of the mixture. Not to mention, zucchini is really good for you. It has magnesium, potassium and valuable vitamin C, so adding a little bit to your breakfast is always a good idea. And pumpkin, I don’t even need to tell you how yummy pumpkin is. 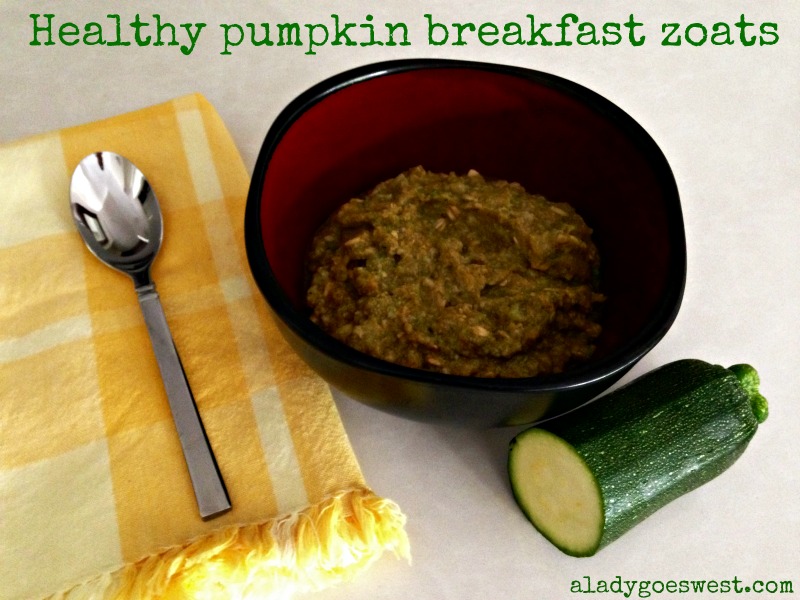 The products I used were purchased at both Safeway and Trader Joe’s. 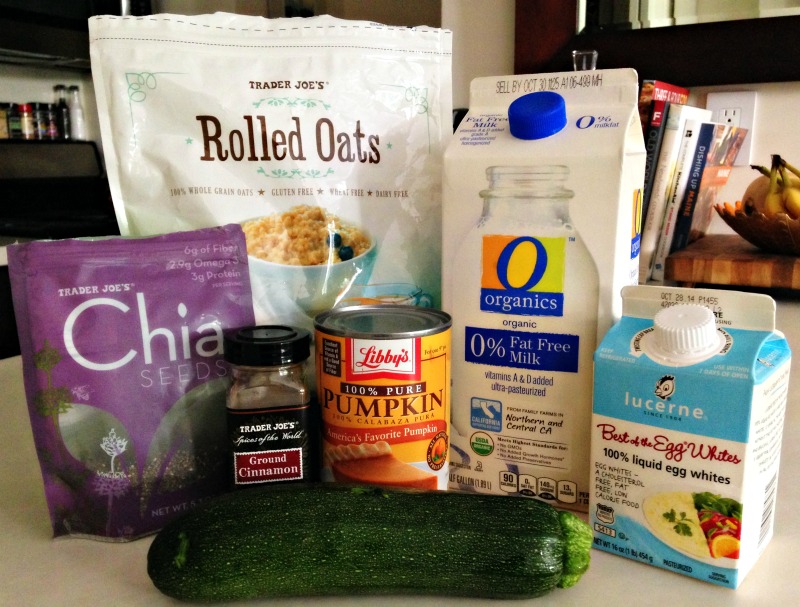 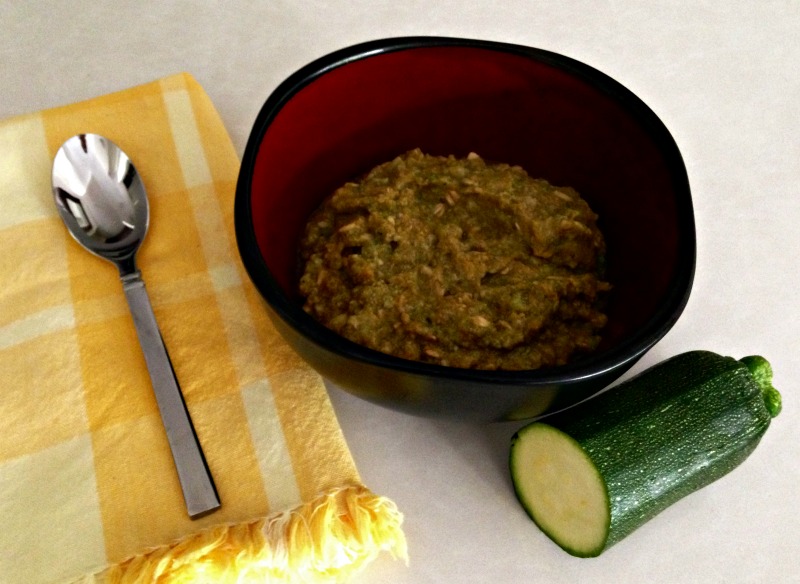 And after topping with a sliced banana and cinnamon, this is how I ate it … 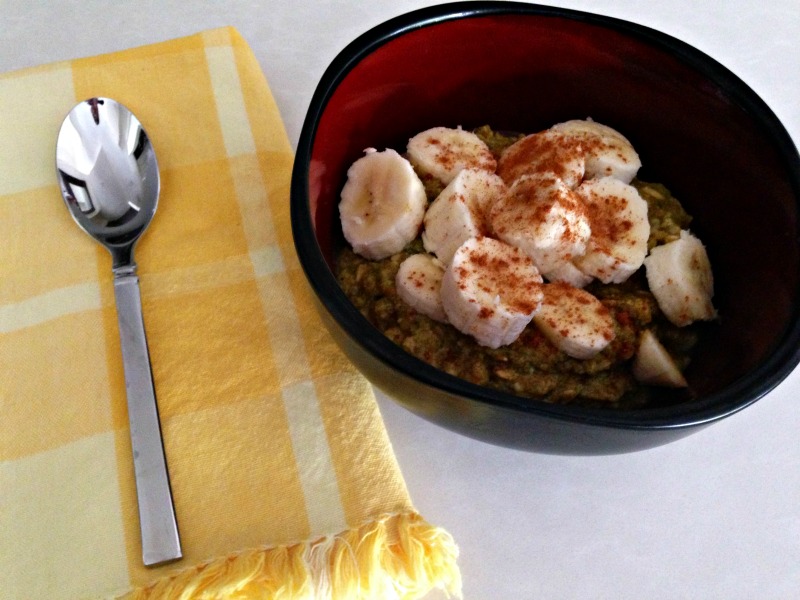 My very sweet husband told me that what I was eating looked like gross baby food. Well, if you take that observation out of it, you’ve got a good breakfast. I had zoats a couple days this week and plan to play around with it some more with different flavor combinations. Obviously, this is one of those “healthy-type” breakfasts, which won’t appeal to everyone. But for all of you pumpkin and veggie-crazed eaters out there, give it a go! 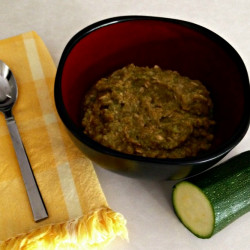 I used the mincer in my Nutribullet to chop up the zucchini, and I would have preferred larger chunks, so I'd suggest using a cheese grater. Also, if you're scared of the veggie taste, go heavier on the other ingredients.

By the way, there’s just two more days for you to enter for your chance to win Shakeology. Check out this Q&A I featured earlier in the week with a Beachbody Coach to put your name in the hat for the giveaway.

And for those of you who are wondering, my BODYATTACK 86 launch class went great last night, and now I’m busy preparing to launch BODYPUMP 91 tomorrow night.

Do you eat veggies at breakfast? Have you ever had zoats? What’s the weirdest breakfast combination you’ve ever enjoyed?