Skip to content
My kitchen cabinets have been full of protein bars for as long as I can remember.

Times — they are a’ changing.

Starting Thursday of last week, I decided to eliminate protein bars from my diet for a while. I’ve become too reliant on them for their convenience. There are days when I eat more than one protein bar, as a snack, usually alongside some fruit. It was just too much. Although I didn’t officially adopt any New Year’s resolutions this year, eating less processed foods has gradually come to the forefront. Eliminating protein bars is my first step.

It’s been one week, and I’m going strong.

What have I used to replace protein bars? Bananas, almonds, apples and Greek yogurt, any combination of it all.

I often eat a protein bar before I head to teach a class in the afternoon after work, but lately have felt they just don’t give me a jolt of energy as I hope. What they always do, is fill me with ingredients I cannot pronounce.

I had a hefty stock left of bars when I made the decision last week, but I have divested of them all by giving a couple to a co-worker and sending the rest with Dave to his work to put in a communal area. At first I thought about finishing what I had before swearing off bars (because I hate to waste things), but once I realized other people would eat them, it helped me to feel better about getting rid of food I had purchased.

Don’t get me wrong, I love packaged foods … but this is a small change I am making for the better.

Adding some green
While I’ve eliminated one item from my day, I’ve also added a new one.

I’ve been talking about making smoothies for some time.

This weekend I pulled the trigger. With some encouragement from Dave’s Dad who is a big proponent of smoothies, we purchased a Nutribullet, so I could have the easiest, top-of-the-line way to turn fruits and veggies into a luscious liquid. 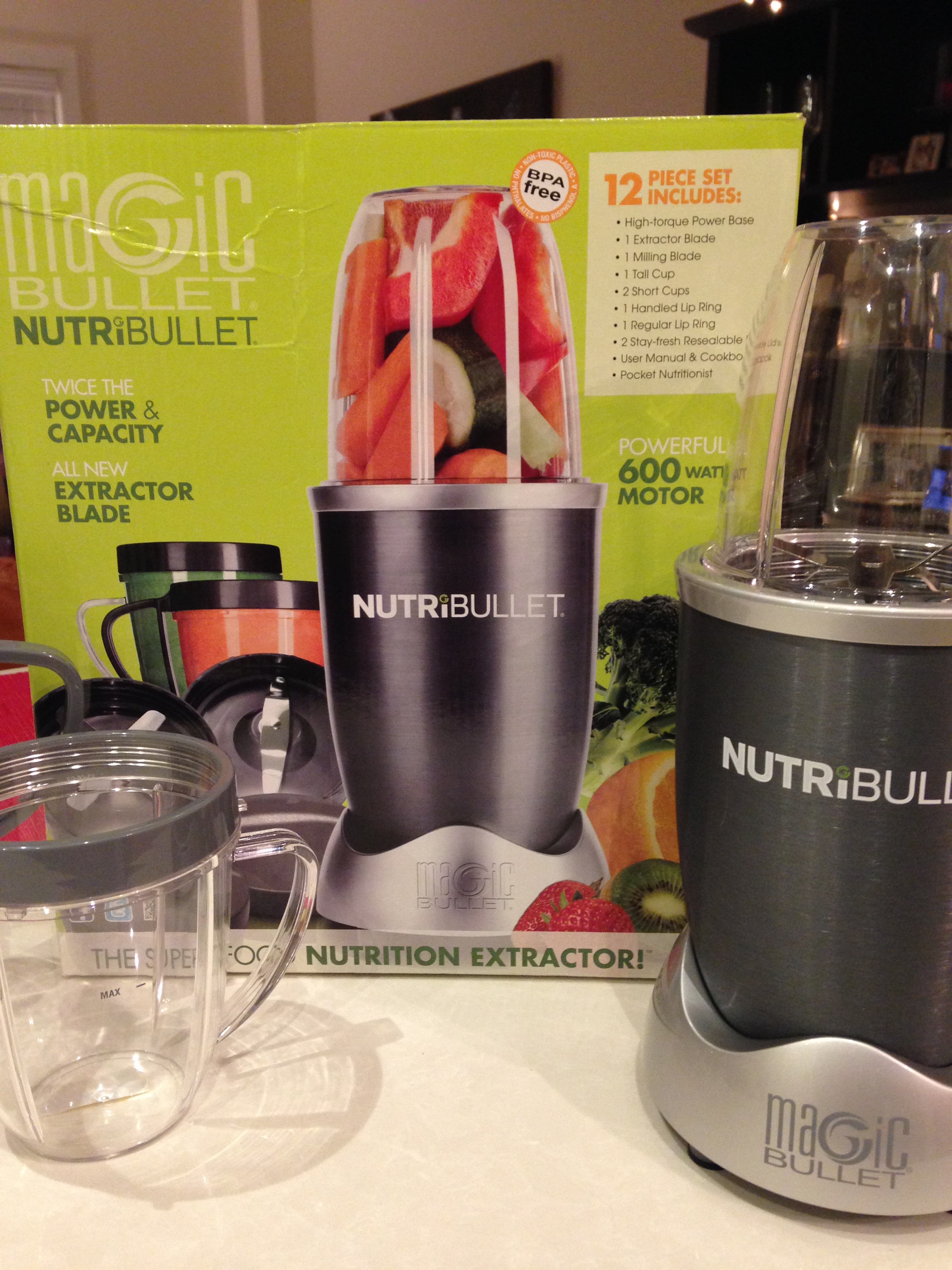 The Nutribullet is incredibly easy to use, especially for a kitchen-challenged Lady like myself. The only downside I see so far is that you have to hand-wash the blades. Not a huge deal, but I prefer to throw things in the dishwasher when possible.

Once we procured the device, all I had to do was purchase some healthy ingredients.

Here’s what I’ve been using: A concoction I’ve just decided to call the “Sweet Green Smoothie.”

Directions: Pop it all in the large-size to-go cup in the order listed above, blend it up, and voile.

The first one was runny, the second one was decent, and the third one was just right. Now I’ve got the hang of it.