I have some major love for spaghetti squash. It’s incredibly easy to cook, it’s healthy, it’s tasty and you can use it in many different ways.

Yet, I’ve noticed that people either love it or hate it.

If you’ve never tried it before, basically, spaghetti squash is a winter vegetable. It’s an oblong yellow squash, and on the inside are seeds and string-like pieces that look like spaghetti. It’s full of beta carotene, potassium and other nutrients, and it’s low in calories. 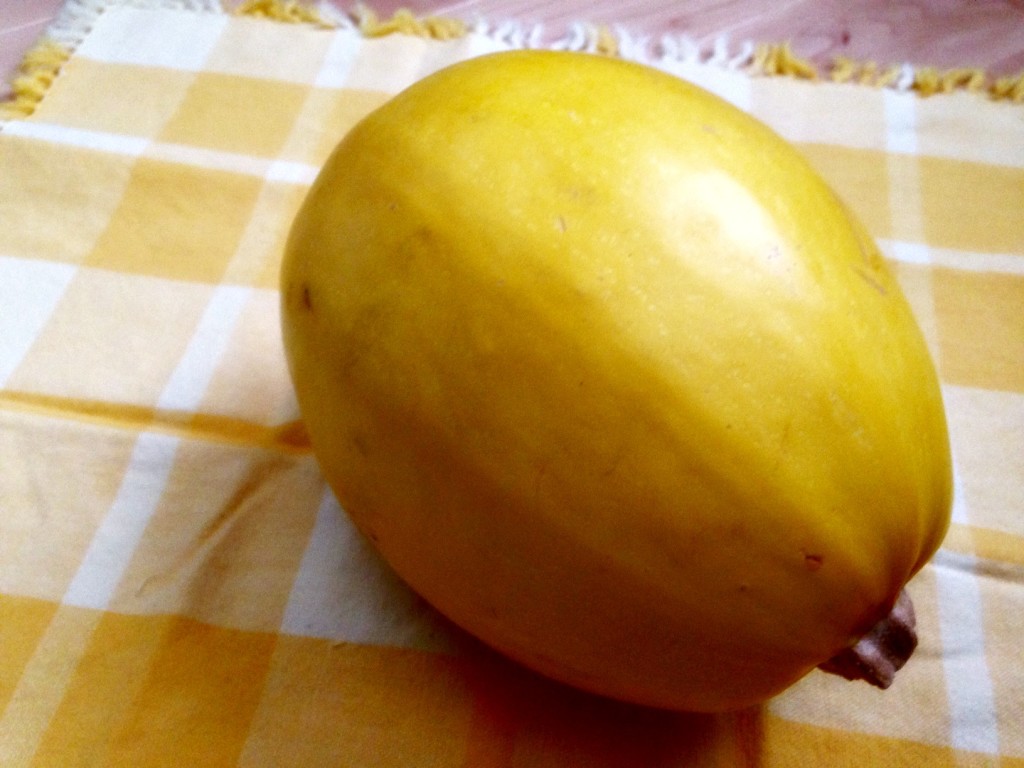 After some trials and tribulations, I’ve discovered the two easiest ways to cook said spaghetti squash. (This of course, is after a failed attempt to put my spaghetti squash in a too-small crockpot, as well as an attempt in which I nearly lost a finger when trying to cut it in half before roasting.)

Yes, spaghetti squash cooks faster when cut in half, however it’s pretty hard to cut through safely. So I say, don’t bother. Just rinse it off, poke a few holes in it with a knife or fork, then cook it whole, in one of two ways:

Once the spaghetti squash is cooked, it will be very easy to cut open. Then you can pull out the seeds, scoop out the noodles and enjoy it any way you’d like.

I like to use spaghetti squash in place of pasta, with marinara sauce and turkey meatballs. However, I don’t get to do that as often as I’d like, because Dave is not interested in spaghetti squash, so we usually stick to whole wheat pasta when dining together. (As you see, he falls into the “hate it” category discussed above.)

But you don’t have to use spaghetti squash as a typical spaghetti, you can also eat it as a side, sprinkled with salt and pepper, or use it as a base for something creative.

There are tons of delicious sounding spaghetti squash dishes around the World Wide Web, and here are a few that interest my taste-buds:

And that’s all I’ve got for you today, folks. After a long day of training for my new job, with quite a bit of studying ahead this evening, I think I better sign off.

Have you ever tried spaghetti squash?