It’s weekends like this past one that make me very happy! It was a good one, full of a diverse range of activities and lots of food, and I’ve got a quick recap of it all coming your way. If you’re more interested in the fitness side, that’s here too, so skip ahead to my weekly workout recap and overview at the end. Here we go!

I’ve been invited to a couple of food blogger events at Bluestem Brasserie over the past few weeks and never been able to make it, but the folks at Bluestem were awesome enough to extend the hospitality to Dave and me on this past Friday evening to come in for a meal. We had gone to the urban restaurant in the Yerba Buena Center area of downtown San Francisco a few years ago when we lived in the City nearby, and I was eager to return. Public transportation selfie to start the night … 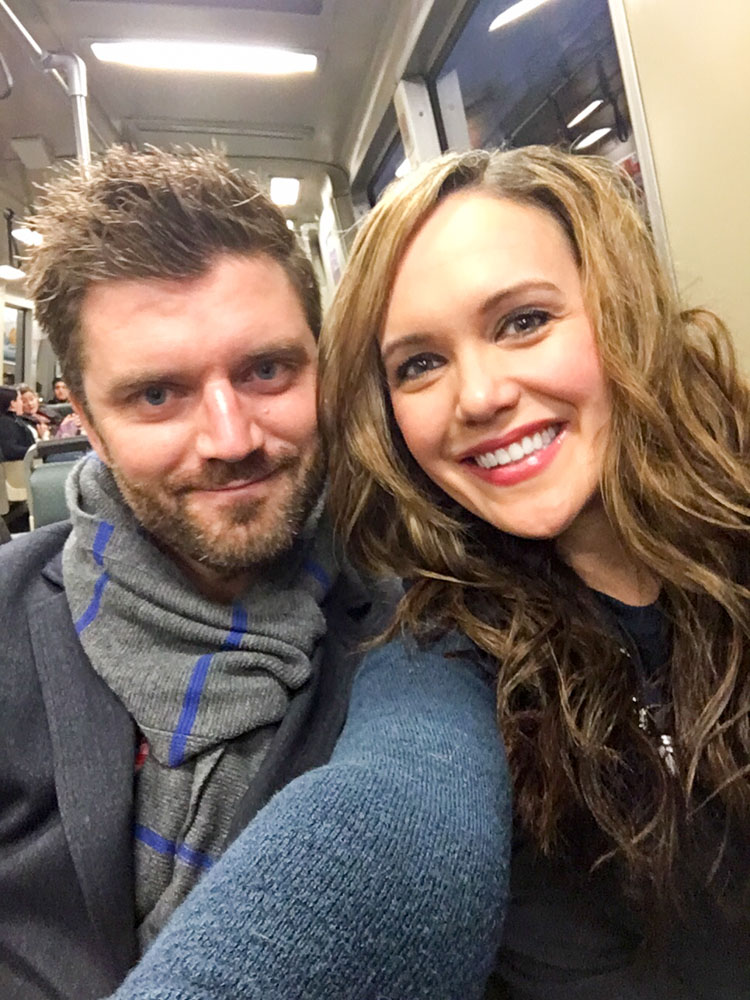 Even though the restaurant is large, it still has a cool vibe, with wood tables, minimalistic decor and a big bar looking out on the City, which is popular for happy hour. Bluestem is owned by an awesome couple who makes sure that all of the meat is locally sourced, and the chef spends his free time browsing farmer’s markets to make sure he is serving the freshest of the fresh. And it shows! First up, the Bluestem smash for me and a whiskey for Dave … 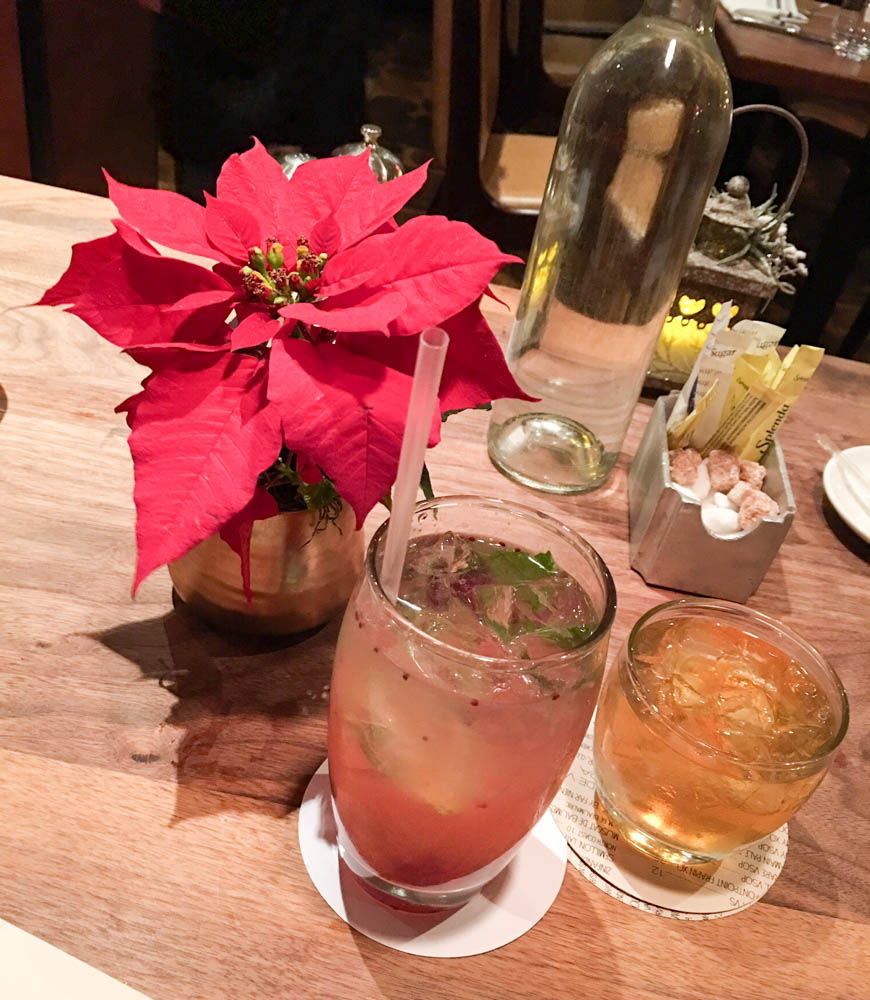 Dave and I arrived from the BART for our early dinner reservation and were quickly seated in a booth downstairs. The service was excellent and the owners (Adam and Stacy) stopped by our table to chat and introduce themselves, as did the chef. Needless to say, we had an awesome dining experience from the moment we stepped in the door, to when we left in a rush to make it to the theatre with take-out dessert boxes in hand.

A little bit about Bluestem … many of the items on the menu are easily sharable, and Dave and I elected to get all small plates, as we like to do. We got cauliflower a la plancha, chicken liver toast (OMG, the best ever!), lamb meatballs (yum), caramelized Brussels (a must) and tuna crudo (so light and topped with ginger). The items came out in two batches, and we definitely had more than enough food without even needing an entree. Dave said the tuna crudo was his favorite, while the chicken liver toast was mine. If I had access to the bread that toast came on, I would never eat anything else. Literally. The spread … 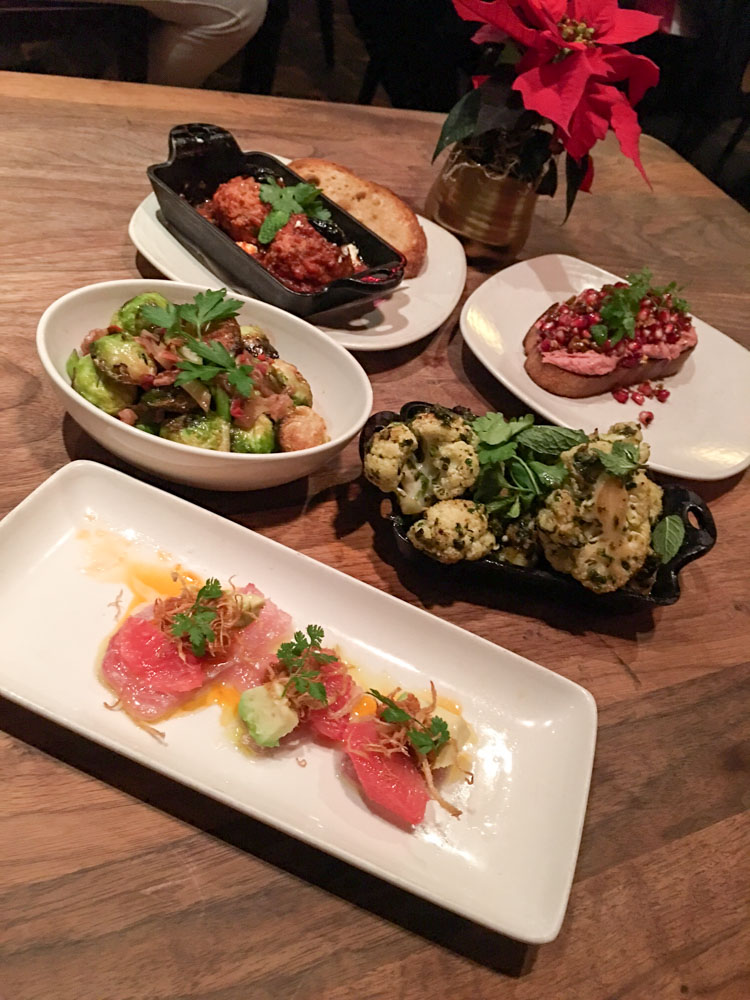 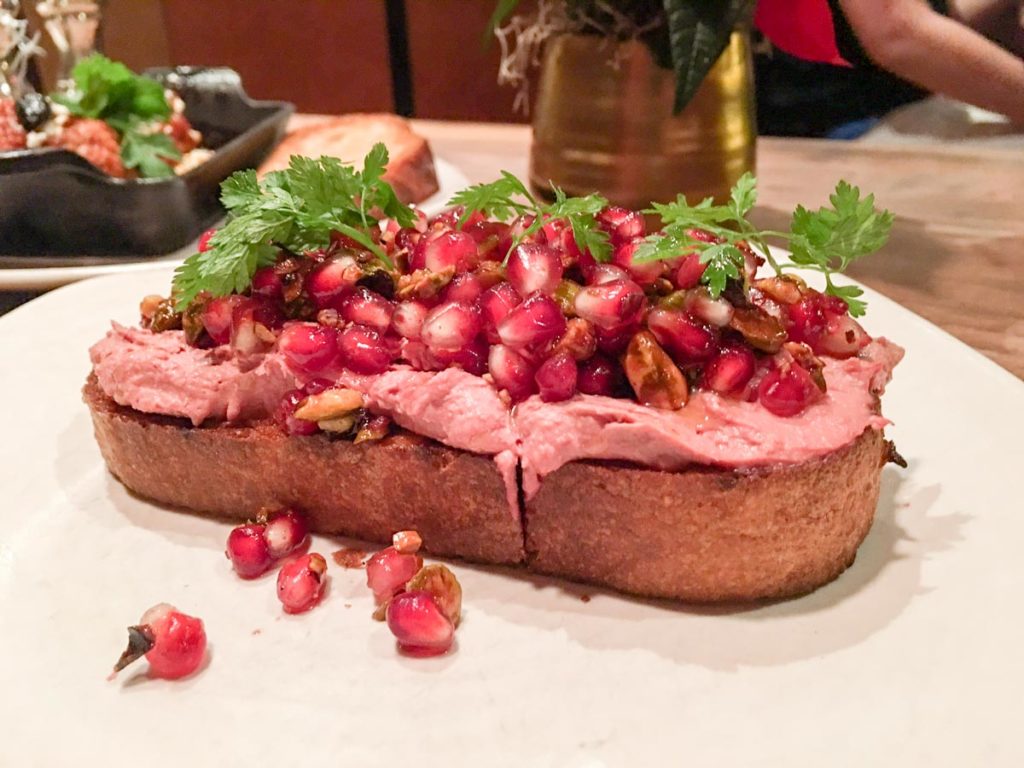 Bluestem has the perfect sized menu as well, because it’s not as minimal as a lot of smaller San Francisco restaurants, but it’s not so big that you can’t decide where to focus. I would have happily gotten nearly any item and am certain that we will go back for more soon. A super delicious meal was had. Thanks, Bluestem for taking care of us. If you’re in the downtown area of SF after shopping or before a show, hit up BB, you won’t be disappointed! 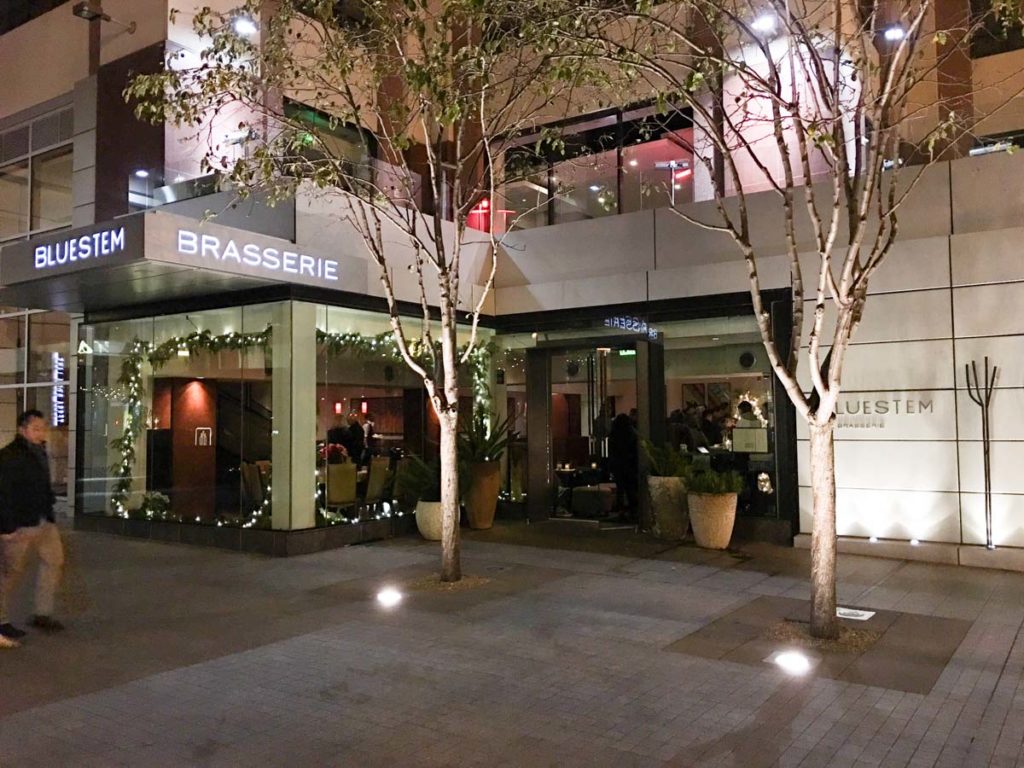 So funny story … as I mentioned above, Dave and I were having so much fun at Bluestem that we had to rush out to hop in an Uber and head to the theatre. For some reason, we had in our heads that our show was at the historical Orpheum Theatre on Market Street, but when we arrived right at 7:30 p.m., I found it weird that there were a ton of kids outside the theatre and signs for “The Lion King.” Well, when I went to give my ticket to the person at the door, she casually mentioned that our show was in fact being shown at the Orpheum’s sister theatre, the SHN Golden Gate, two blocks away. So we high-tailed it on foot picking up one of those awkward run/walk trots on the busy city streets. We arrived about 10 minutes late and had to wait in the lobby with probably about 100 other people who were late for the show too, all trying to watch the action on a small monitor displaying what was taking place on stage. Eek!

Nonetheless, after the opening portion, we were taken to our seats and there we sat for the next two hours enjoying so much fun Christmas cheer. The first time I ever watched “Irving Berlin’s White Christmas” movie was with Dave the first holiday season we were together, and we’ve watched it once a year since that time. It’s the perfect holiday movie! I LOVE it! 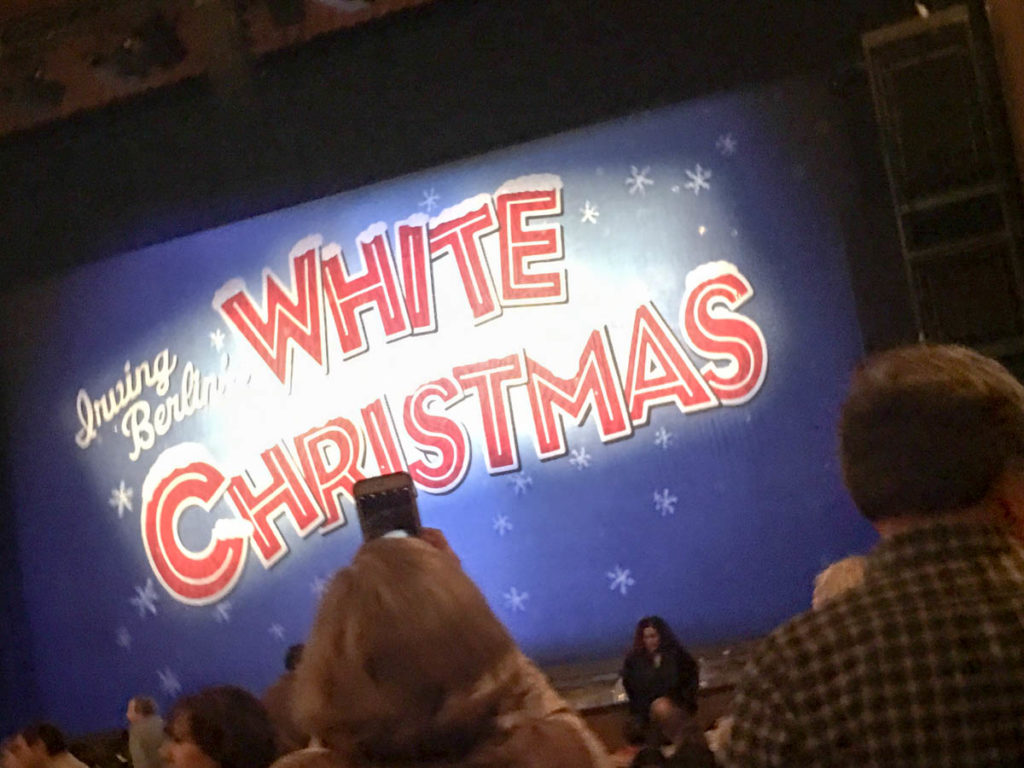 While the musical was excellent, some of the songs and sequencing of events were slightly different than what we were used to from the movie, which was surprising. But the singing, dancing, fanfare and festiveness was all there, so I was one happy camper. After the show, we took an Uber back to Walnut Creek and caught up on some SNL and finished up the to-go desserts from Bluestem.

On Saturday morning, I popped out to the gym to do a short upper-body workout consisting of chest presses and Arnold presses with dumbbells and tricep extensions and roll-outs on the TRX. While I would have liked to stay longer, I made it to the gym later than planned and had to move quickly, so I could shower up and head to my hair appointment in Lafayette.

The hair appointment was fine, and then Dave and I hit up Urban Plates in Pleasant Hill for a late lunch. Ever since Lemonade opened in downtown Walnut Creek we hadn’t been back to Urban Plates. But the parking is much better there, and on a holiday shopping Saturday, we knew it was the right choice. Yay salmon! 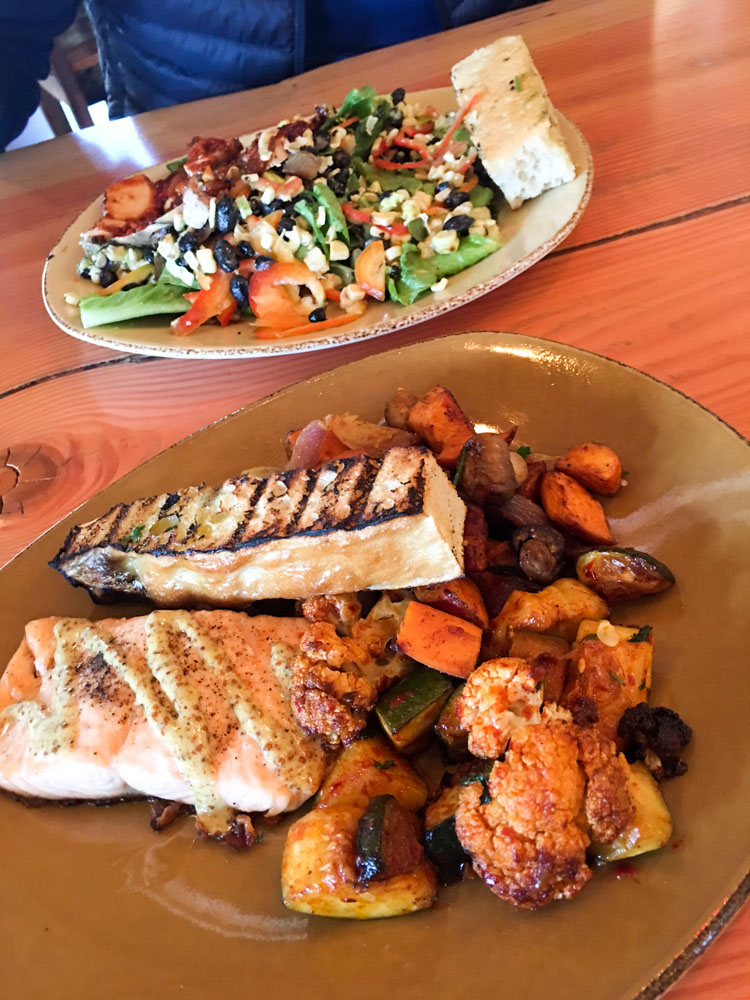 I’m embarrassed to say that I had not gone to a Warriors game all season until this past Saturday night.  (Bad fan!) In fact, the last game I went to was when the Warriors (sadly) lost in game 7 against Cleveland in the NBA finals in June. I’ve missed the excitement of the opening ceremony. Check out those fireworks … 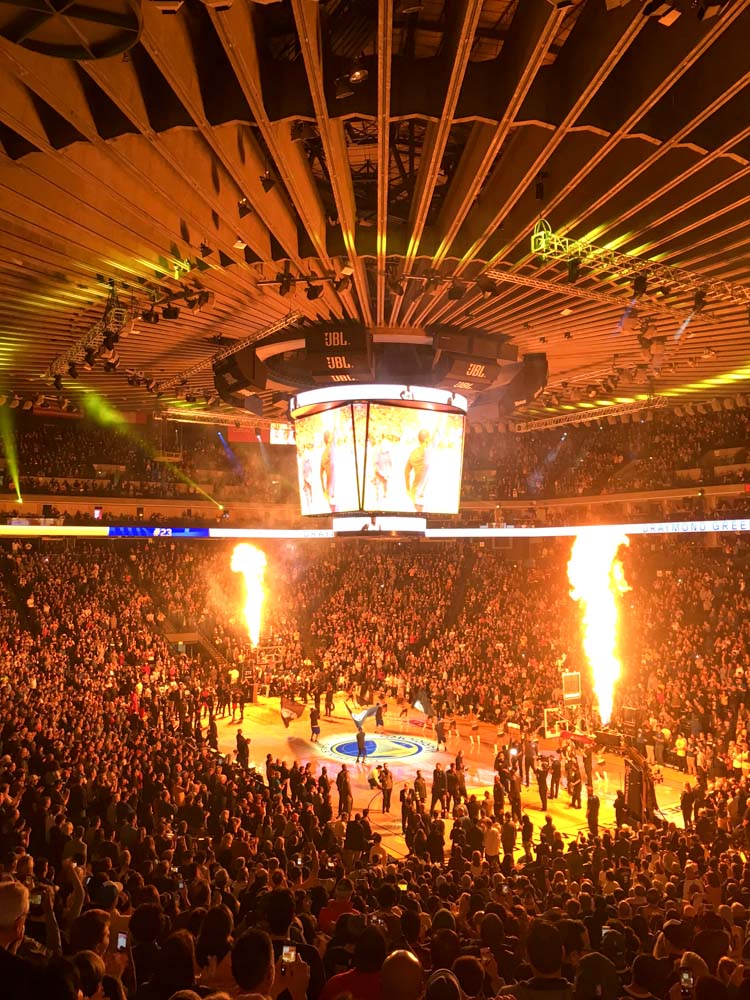 On Saturday, Dave had to work at the game, but he still drove me and a girlfriend. We met up with two other gals and were able to check out a wine reception before the game started, sponsored by Jackson Family Wines for the launch of the new Warriors Wine Society (which we are a part of). Tasty wine was sampled by all! 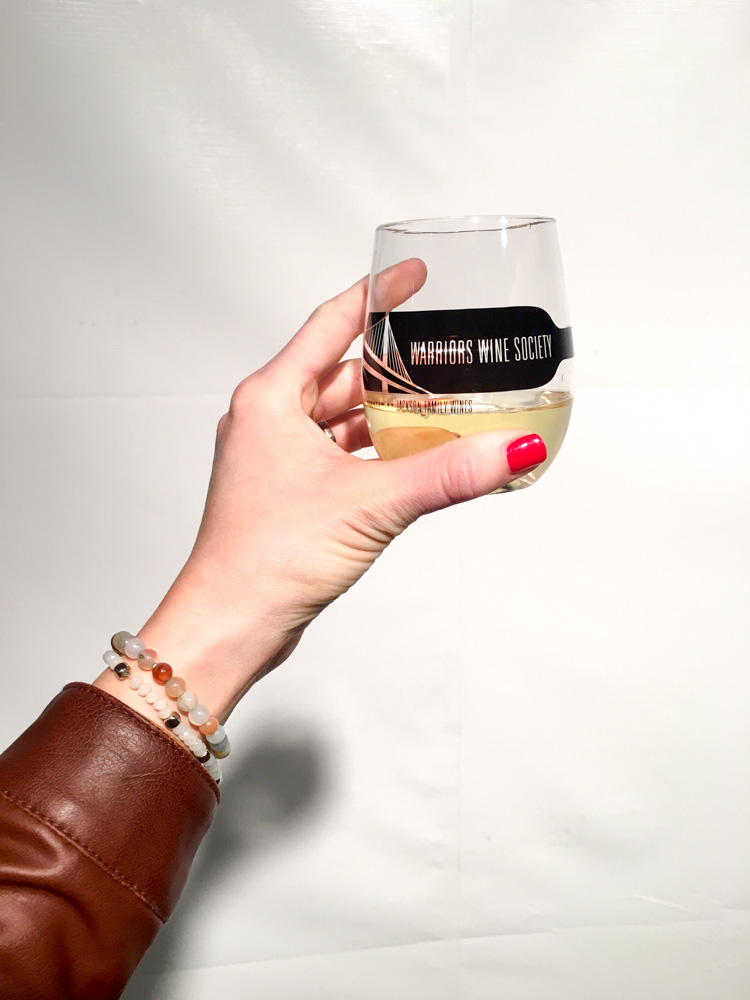 From there, we went to our seats and enjoyed the opening game festivities and first half. Usually, we go to a certain club area during halftime, and this game was no different. But apparently there was a dog halftime show that we totally missed. Whoops! I’m not happy about that, because I sure love dogs doing tricks. I mean, who doesn’t? 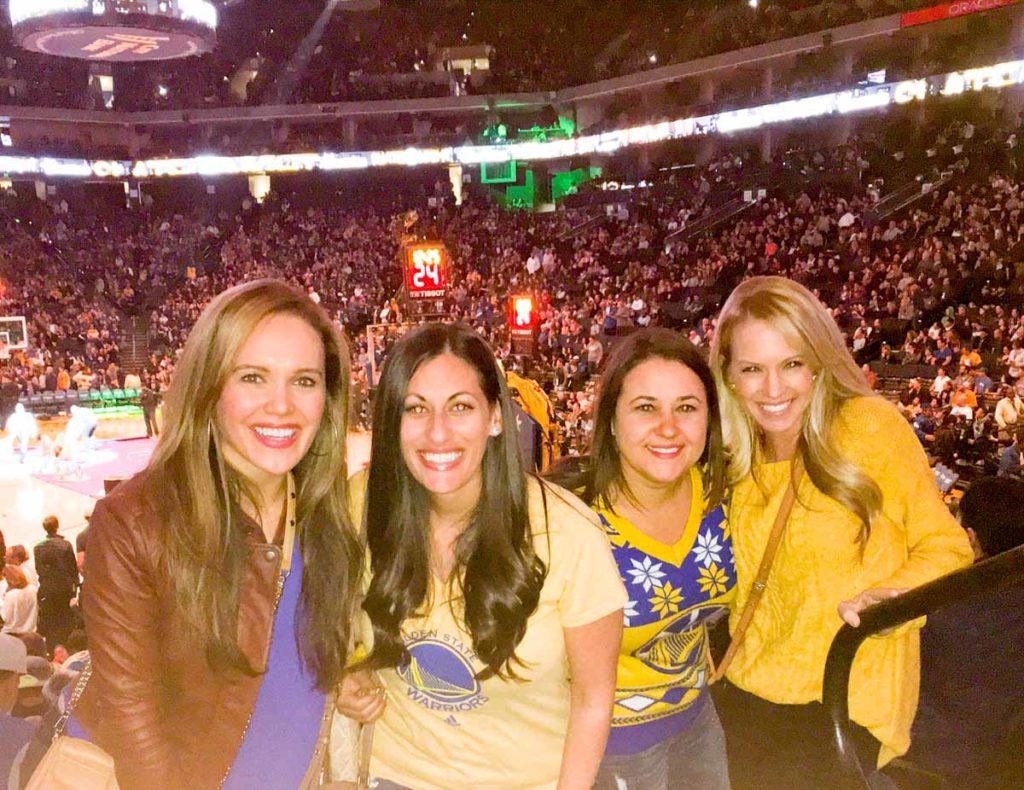 Anyways, the game was super fun, because I got to catch up with my favorite fellow Warriors wives (and a former Warriors wife) above all the while seeing the Dubs play very, very well. The game was a blow-out so we actually left a little bit early, which was fine by me. During the playoffs, we always had to sit in the nosebleeds, but this game we had very good seats in the lower bowl, which made it that much better to view the action. Go Dubs! 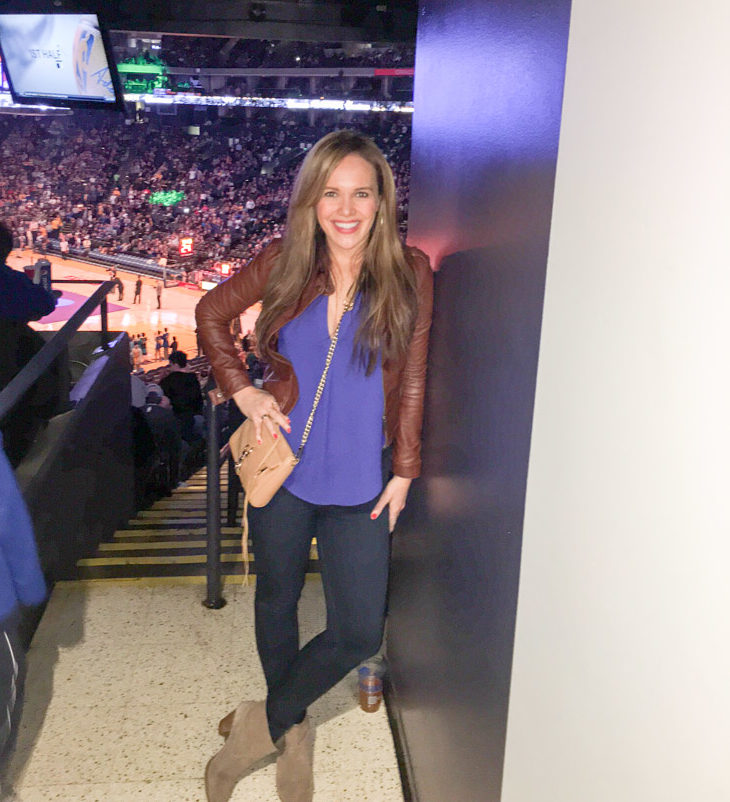 Packing, lunching and getting stuff done

I spent Sunday morning pulling out everything I own, putting it back and then throwing the same old junk in my suitcase for my trip to Florida. The weather is supposed to be super warm, so I won’t need my sweaters and over-the-knee boots, and I tried my best not to overpack the tank tops either. Luckily, I got it all in there and even wrapped a couple of Christmas presents.

Just so we could get out of the house, Dave and I headed out to Chow in Lafayette for a late lunch. A few months ago, one of my awesome group fitness members gave me a gift card to Chow saying it was a great spot with healthy options. And boy was he right. The restaurant was huge, busy and had a great menu. I ordered a Prawn Louis salad, and Dave had a lamb burger, and we were both quite pleased. After lunch, we perused the attached little Chow market and bought a kombucha, a chocolate chip cookie and coconut-covered dates. Yum! 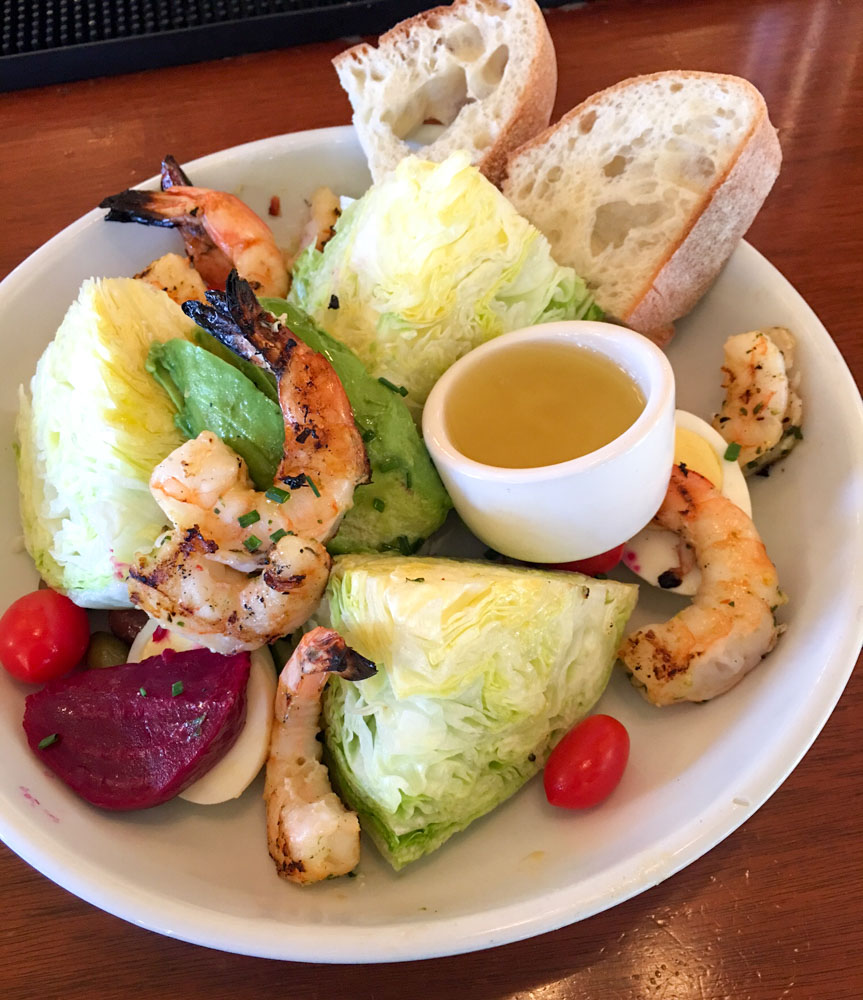 The rest of the day included relaxing. In the early evening, I typed up this post on the couch with Dave and Rudy while watching “Love Actually” and then we dined on grass-fed steaks and roasted banana squash for dinner.

We’re super excited about the trip home this week! Oh and we have the Warriors employee holiday party at The Claremont before we go too.

Let’s switch gears to fitness. Here’s a look at all of my recent movement … 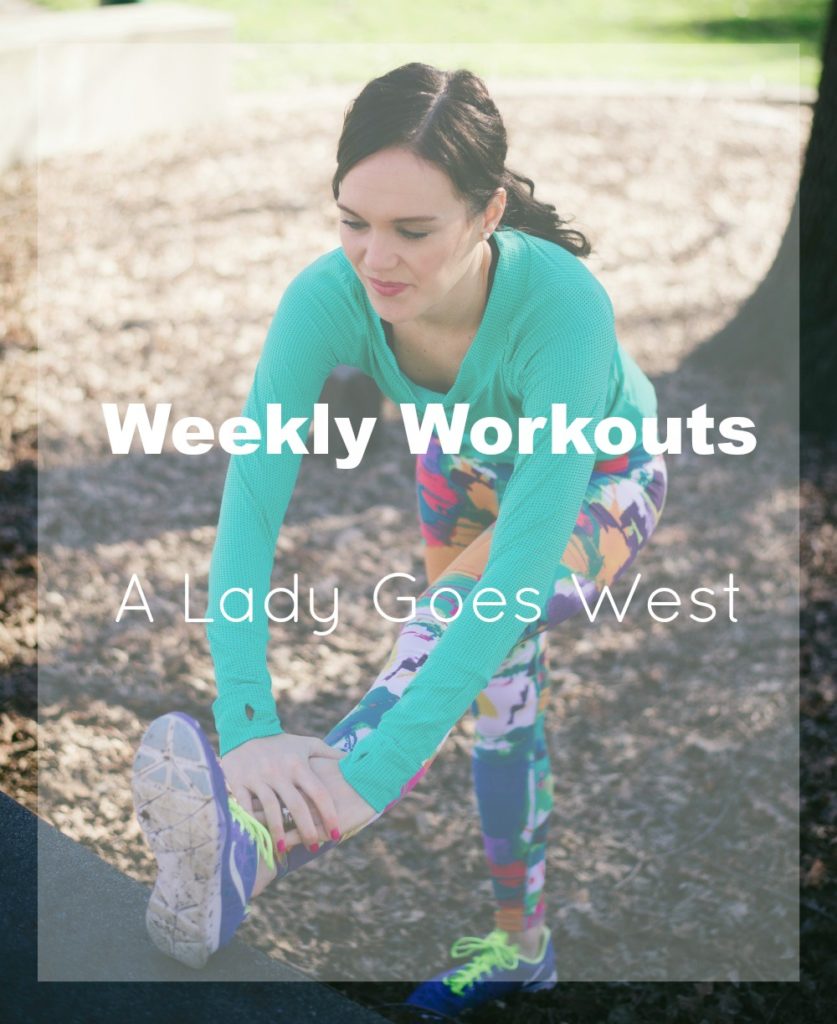 This past week of workouts was another fairly light one, with only one intense one-hour session (teaching BODYPUMP on Tuesday morning). The rest of the workouts were much shorter, and I got in a nice flow yoga session and a full rest day. I’m glad I picked up weights three times, although two of the sessions could have probably been longer. Nonetheless, it was a decent week of movement!

That’s all I’ve got for today, my friends! I hope your week starts out great, but be sure to check back on the old blog in a couple days, because I have something cool on tap to share!

Christmas show, San Francisco fun, the Warriors and #weeklyworkouts. Check out this good one from @apstyle ... Click To Tweet

Are you traveling for Christmas or staying put?