Last night, I went to the Golden State Warriors opening night game for the 2015-2016 season, and because the team won the title last year, the excitement was extra high among fans — and it was nice to get out during the week. This season marks the seventh in which Dave has worked for an NBA team, which is just insane, by the way. (First the Orlando Magic, and now the Golden State Warriors.) In fact, we reminisced on Sunday night when talking about the start of the season, because we were together long before he ever took his first job in basketball. Oh how time flies.

Speaking of basketball season, dinners will become even more simple for me now that Dave will be gone again quite often in the evenings working at games. I’ve grown spoiled with him being the grill-master a few times a week during the off-season. Good thing spaghetti squash is back in season, because I can pop those in the microwave and have a warm and hearty bowl of food ready in no time when I get home from teaching classes at the gym.

In other news, it’s Wednesday, so I’m here with a few recent pictures of my food. And in case you’re wondering, YES, I do take entirely new photos of each meal one day each week for these posts. And YES, I do eat the meal after taking the photo just as you see it.

This week’s “What I Ate Wednesday” recap

Every Wednesday is a great chance to look at pictures of real food and healthy meals, because it’s a way to break up the work-week with something light on the words and heavy on the color. Here we go … 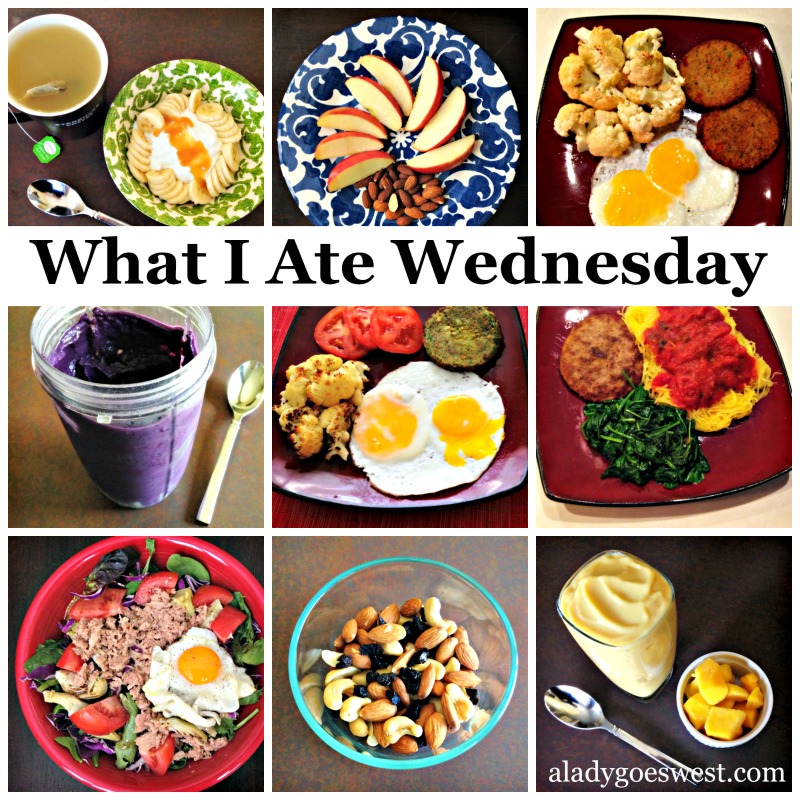 Today, I’m sharing everything that I ate on Sunday, a day when all of my meals were prepared at home. 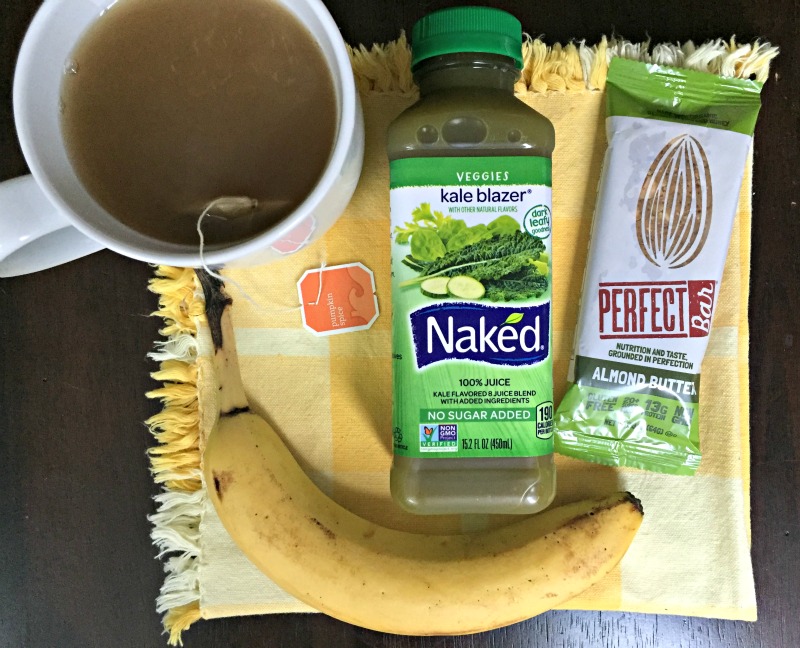 Sometimes you just pull a few packages out of the pantry and fridge, throw in a piece of fresh fruit and call it breakfast. A tasty breakfast at that, with some warm pumpkin tea included. Easy and done. 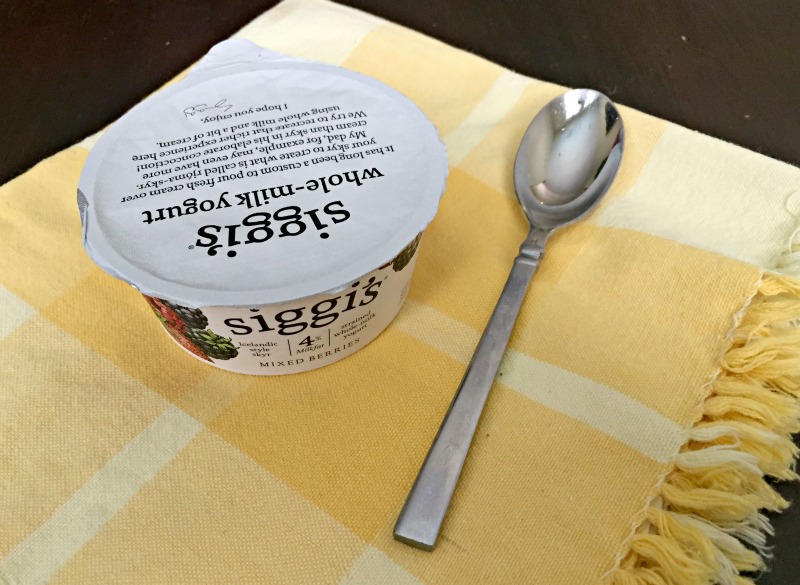 Siggi’s with whole milk-fat is even creamier than regular Siggi’s. I’m a big fan. Just do whole fat. Just do it. 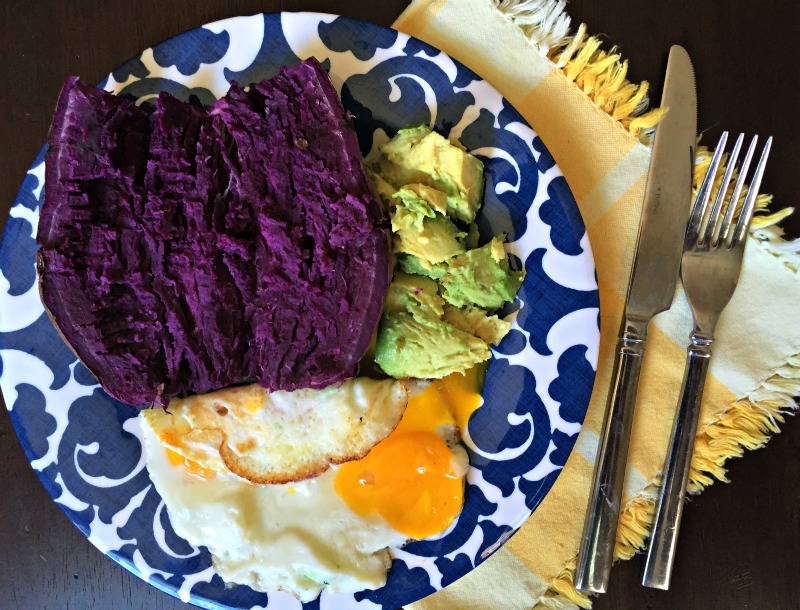 Now THAT is a purple sweet potato. Served with fresh avocado and two runny eggs. Perfection. A repeated lunch, which can do no wrong.

UN-PICTURED – A second mug of hot green tea, sweetened with stevia and vanilla almond milk, enjoyed while I was on an evening conference call. And this mug of tea held me over. I ended up skipping my usual afternoon snack, so I’d be good and hungry for dinner. You’ll see why … 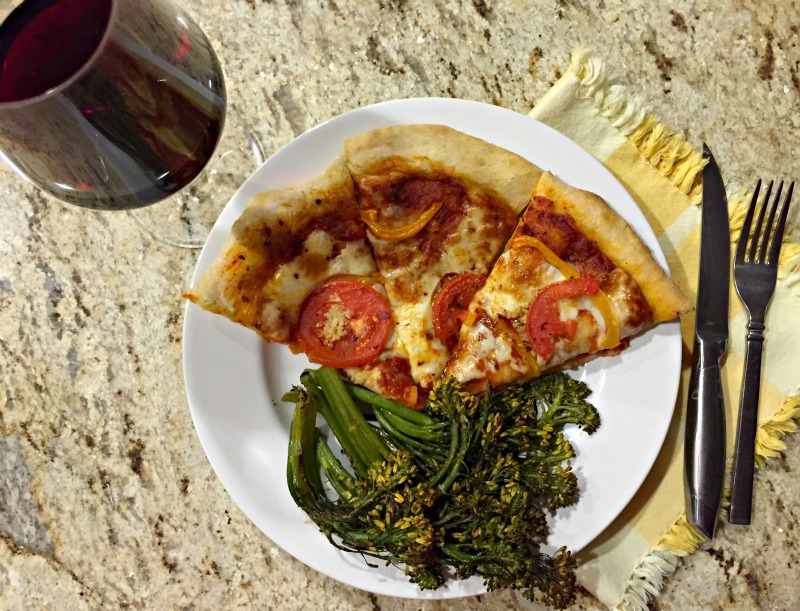 Pizza night has returned for the last couple of Sundays in our house. We bought the dough from the grocery store, then added fresh mozzarella, sliced up peppers and tomatoes and organic pizza sauce. There was, however, a snafu with our new pizza stone. But that is neither here nor there, because much of the pizza made it out alive. Served alongside not one, but TWO, glasses of dark red wine and some broccolini roasted in coconut oil. 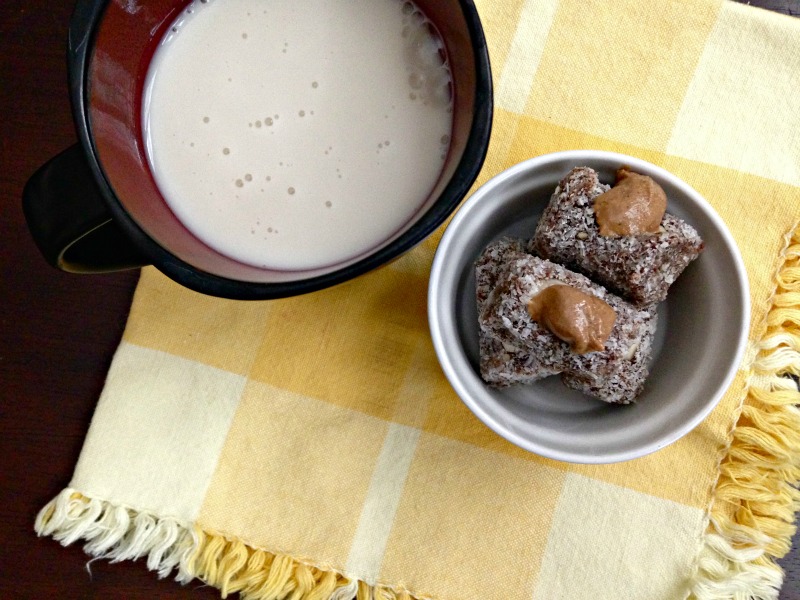 If you think coconut-covered dates are good, you should try slapping on some protein-enriched caramel nut butter on top. What a way to end the day of eats. And add a mug of heated up vanilla almond milk, and that’s a lovely and healthy dessert.

That was it for all of my eats — it was a good one. Have a lovely day, my friends!

I’m not the only one sharing their typical day of eating. Each week, “What I Ate Wednesday” is hosted by Peas and Crayons for bloggers to showcase their eats to the world. If you want to see more food recaps, check out some of my posts from the past all compiled here in one place.

How’s your week going so far?