Hello on Sunday. I’m off to sub an early BODYPUMP class, but before I do, I wanted to share this one. It’s a must-try.

I read somewhere that zucchini is the new banana, and while I would never give up bananas (my favorite fruit), I’ve been looking for the right way to incorporate zucchini into my diet.

There are a lot of zucchini recipes out there, like zucchini bread and zucchini muffins that are on my to-do list, but since I am obsessed with my new NutriBULLET, my first zucchini attempt happened in the form of a smoothie.

I looked around online for the right zucchini recipe, however since many of them required too many ingredients, I made up my own version yesterday afternoon. It was risky, but boy it worked.

Here’s what you need: 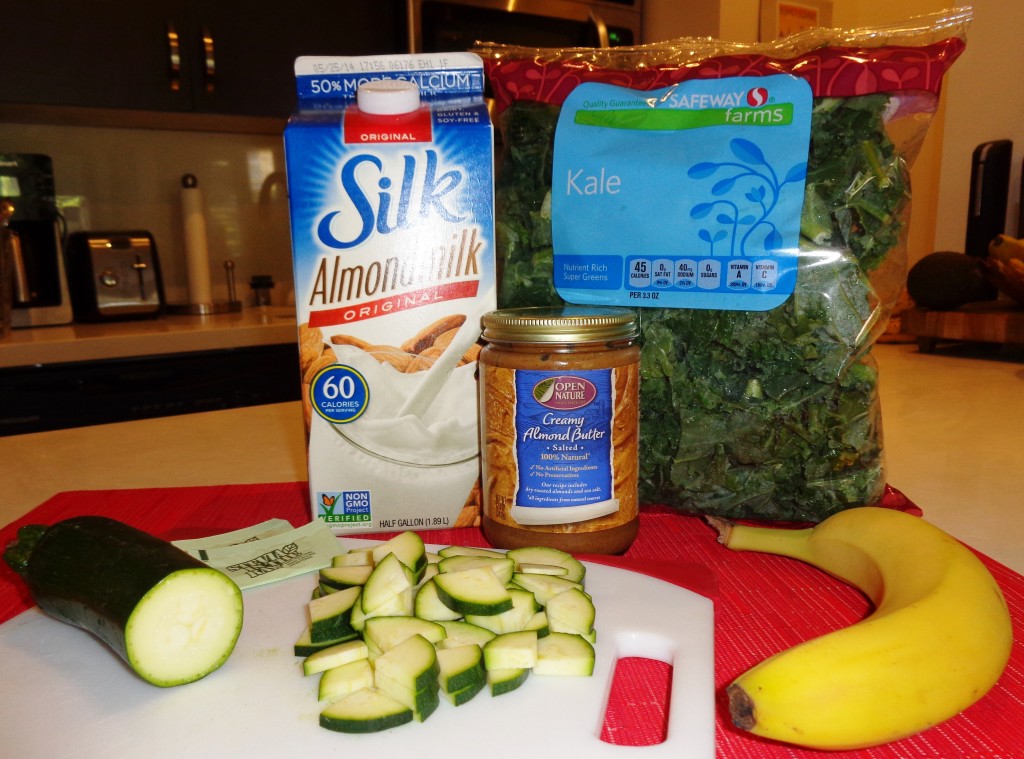 Chop up half the zucchini into small pieces, leaving on the skin. Throw all of the ingredients in a blender, mix it up and voila. 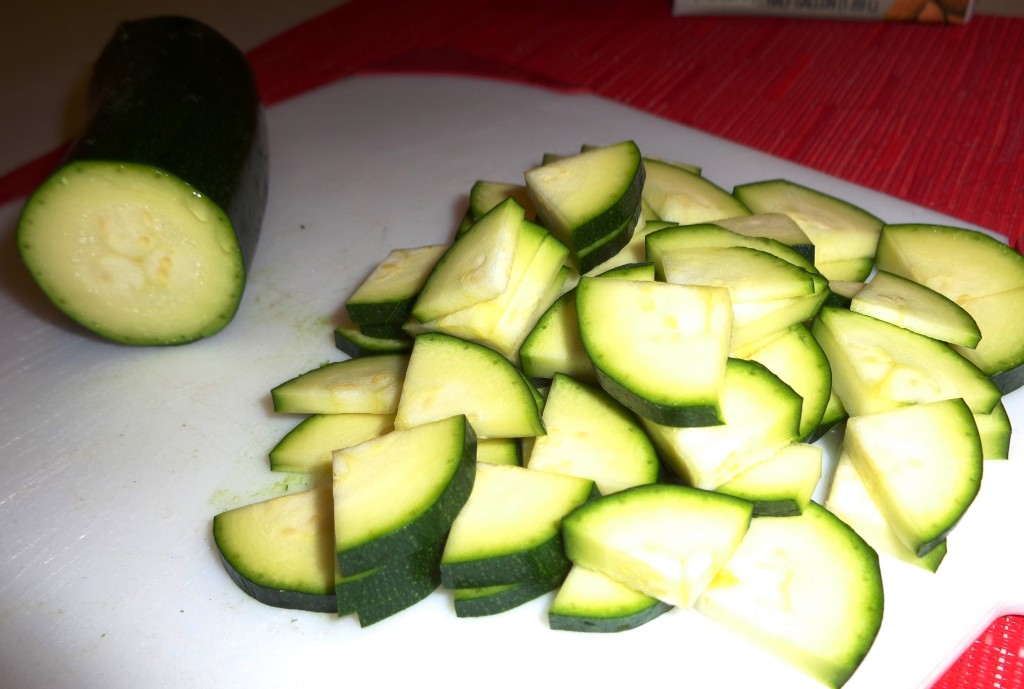 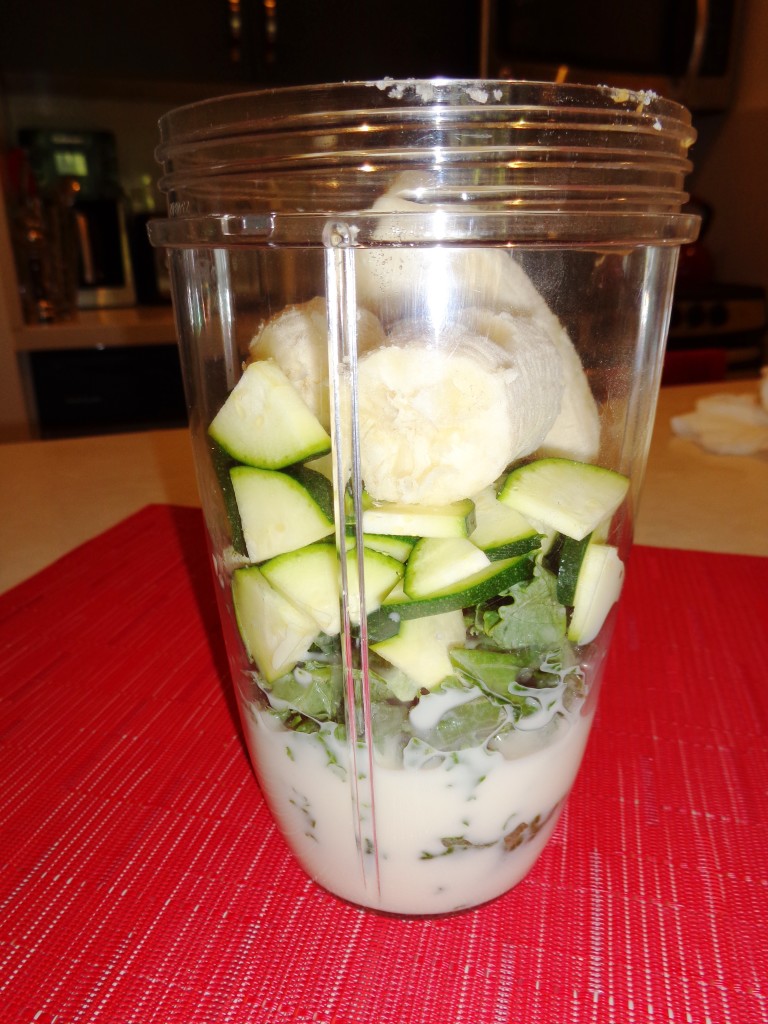 This smoothie was on the sweet-side, so you could probably leave out the packets of Stevia or drop down to one. Also, to make the smoothie thicker, you could use a frozen banana and add some extra ice cubes. And finally, if you want to make this a meal replacement, you could add some additional carbs, such as one cup of quinoa or oats, to make it a “thickie.” (Apparently a “thickie” is a thing … you heard it here first.)

When I took my first sip, I actually let out an “ahhhhh” because I was so excited about how great it tasted. 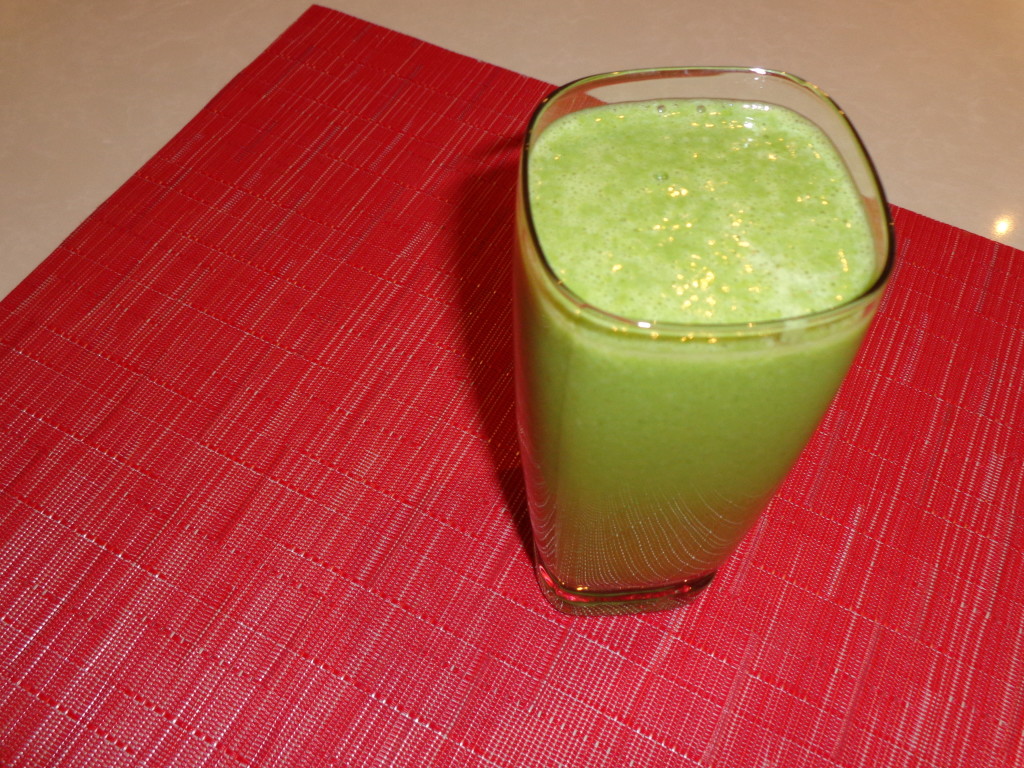 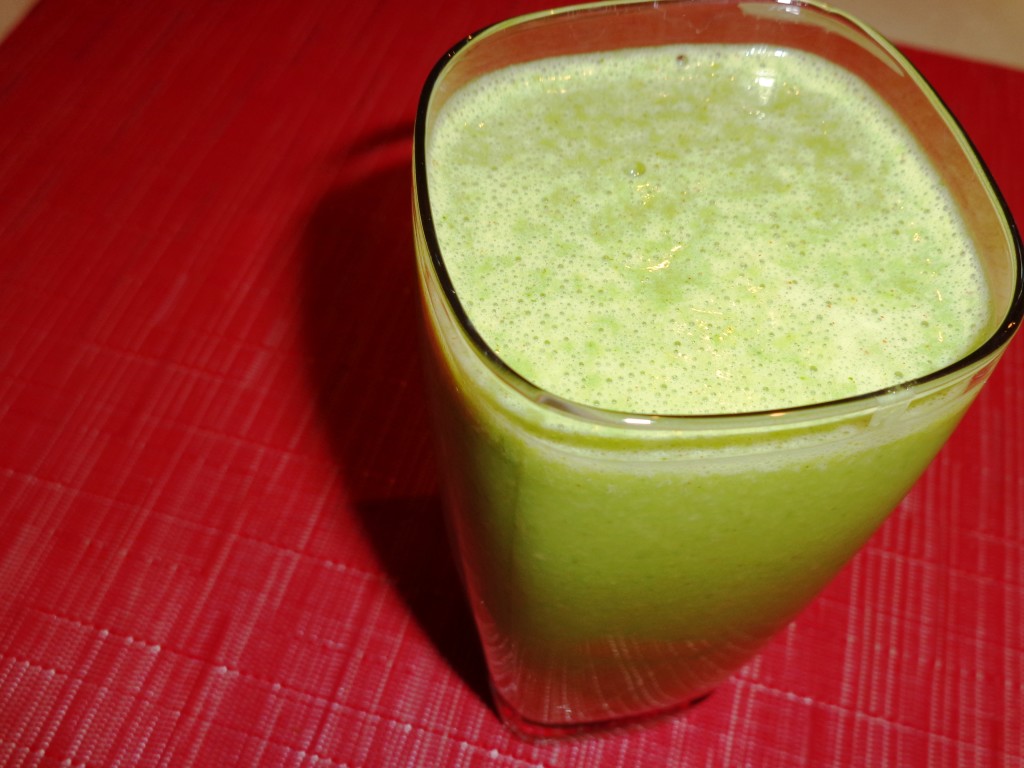 I was hesitant to make smoothies for a long time, because I assumed it was too much effort. But less than a month into owning a NutriBULLET, and I’ve been making some form of a smoothie most days of the week. It’s a great way to add some fresh ingredients and greens into my day. And once you get going, it’s actually quite easy.

Do you have a favorite smoothie recipe? If so, please share. And if you do try this one out, come back and let me know by leaving a comment below.