Exactly two years ago today, my one-way flight to San Francisco from Orlando landed at SFO. I walked off the plane excited, but terrified. I arrived alone that night, because Dave was already in San Francisco starting our life. (Well, he was also at the airport, because he had gone back to Florida for a bachelor party that weekend, but that’s neither here nor there.)

We walked out of the airport together, tired, confused and having absolutely no idea what our lives were about to look like. Now let me take a step back ….

How this Lady went West

For those of you who are newer to A Lady Goes West, for about the first year-and-a-half that I had this blog, I wrote an entry once a week about my adventures living in San Francisco to keep in touch with my family and friends. It wasn’t until March of this year, that the focus of this blog became more about fitness, food and fun. If you look back in the archives, you’ll see very honest recaps of how hard it was to move across the country, leaving behind everyone and everything I had ever known.

But over the course of the past two years living in San Francisco, I’ve become a stronger and better version of myself. It hasn’t been easy. Outside of the logistics, like living in an empty apartment awaiting our belongings to be delivered more than two weeks late from across the country, or finding my way around a new city on foot, there have been larger things at play. Big life things. Big life learnings. 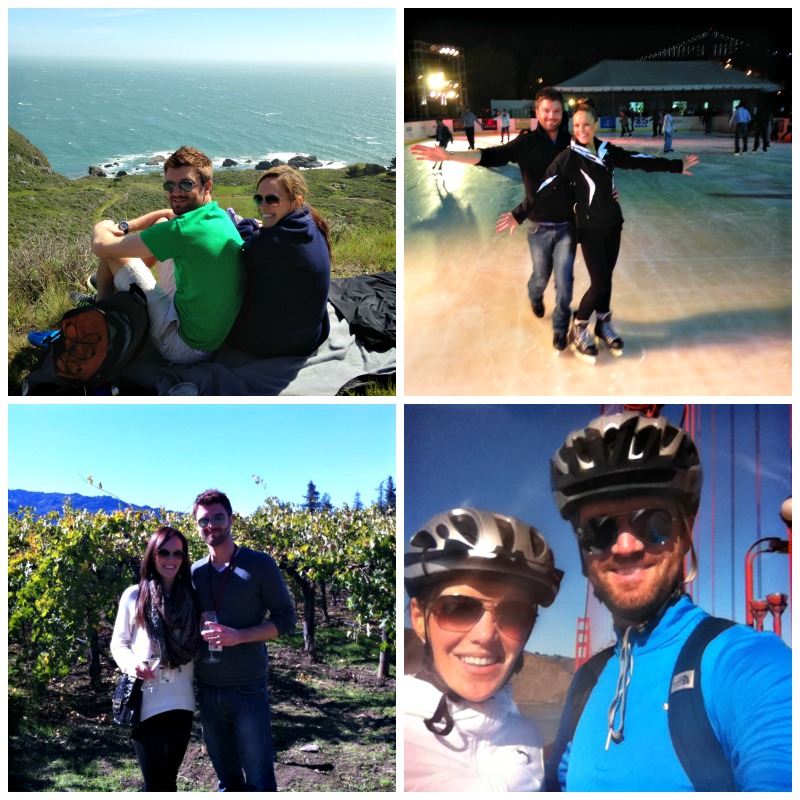 Shown from the top left: Picnicking in Stinson Beach, ice skating in the City, our first wine-tasting trip to Napa and biking across the Golden Gate Bridge.

I thought today was a great day to bring back these first-hand open-book honest ramblings that I used to share. So let’s get to it … 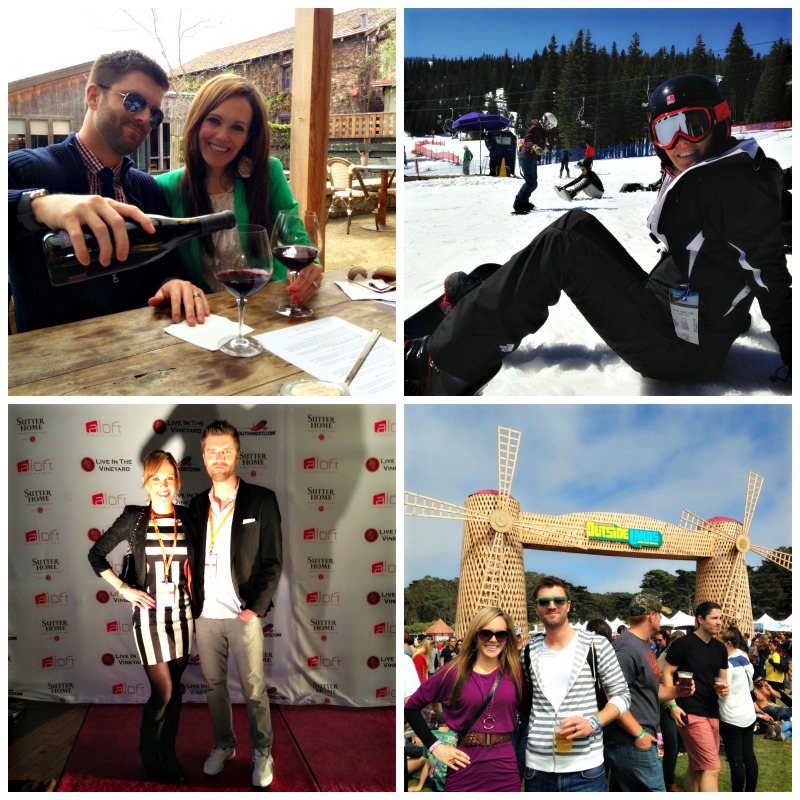 Shown from the top left: Wine tasting in Napa, snowboarding in Tahoe, attending a special event during Live in the Vineyard and the Outside Lands Music Festival.

The pros and the cons of San Francisco living

On Sunday, as Dave and I were on a picnic in the great outdoors, I told him I was going to write this post and asked him a few questions about our two years. Here are his thoughts as well as mine:

What’s your favorite thing about living in San Francisco?

Dave: The proximity to gorgeous settings like the mountains of Marin, the redwoods and all of the nature areas that we can reach within a 30-minute drive. (Dave lives for hiking and picnicking with a scenic vista.)

Me: The endless amount of things to do all the time. I love the thousands of restaurants, festivals, activities and fun of being in a big city.

What’s your least favorite thing about living in San Francisco?

Me: Being so far from my parents and brother. But the rent is pretty awful too.

What’s your favorite memory during our time here?

Dave: Our amazing all-expenses paid weekend in wine country during Live in the Vineyard a few months after we moved here when we got to see live music and drink wine at VIP events. But going to Tahoe for the first time comes in at a close second.

Me: Ditto. Those were perhaps the coolest weekends ever. And I mean ever.

We’ve found a pretty good routine and way of life in San Francisco, but there are always changes around the corner. So for now, we’re going to enjoy the ride.

Have you learned any life lessons lately?

When was the last time you moved?

Have you ever been to San Francisco?