Greetings, friends! Wow, I feel like I’ve hardly sat down to breathe in several days. Last week, I was busy preparing for my BODYATTACK 89 launch, working and getting ready for my trip to LA for IDEA BlogFest and IDEA World Fitness Convention. Then once I arrived in LA, things were go-go-go from early morning until late at night. I got back to the Bay Area on Sunday afternoon, unpacked, tried to catch up with some work and was up early yesterday to join Dave and his company on a family outing to the Santa Cruz Boardwalk.

While all of these activities have been fun, they’ve also left me a little bit tired, to say the least. But I’m back in action this morning in my regular routine. I’m coaching some classes at Orangetheory Fitness, working and hopefully starting to learn BODYPUMP 94, so that I can teach it for the first time on Thursday.

That being said, I’m enjoying this time to think about all that I learned during during the conferences. I’d love to share everything immediately, but I’m planning to space it out and give you the fitness, nutrition and blogging topics little-by-little. Make sure you check out my highlights from the LA trip here as well. Today, it’s all about fitness … 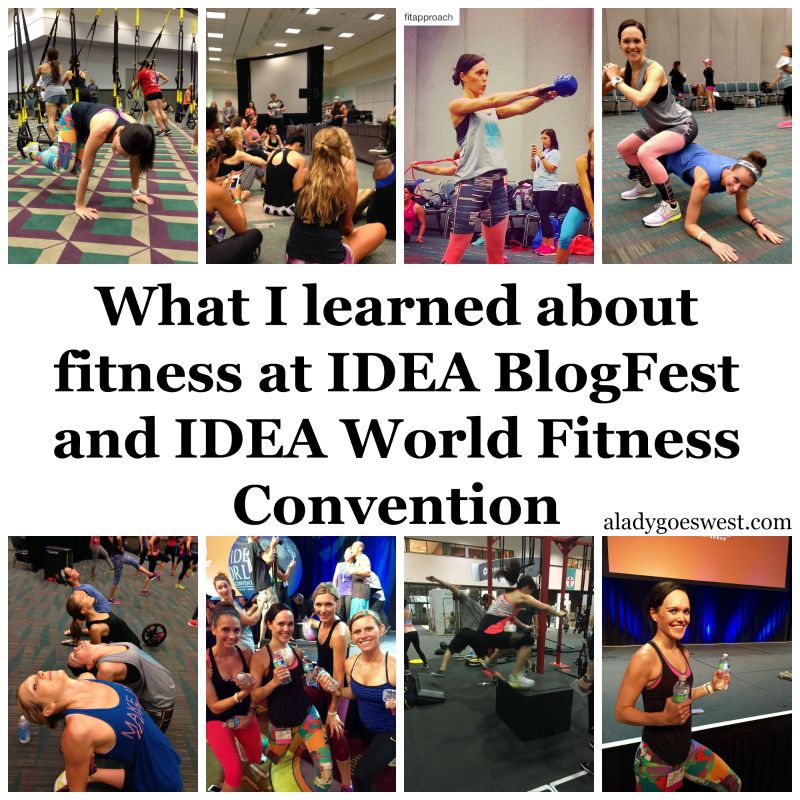 For four days, I attended blogging sessions, fitness sessions and new workouts as well as walked a huge expo hall with tons of companies exhibiting the latest and greatest. Here are some of the things I picked up … 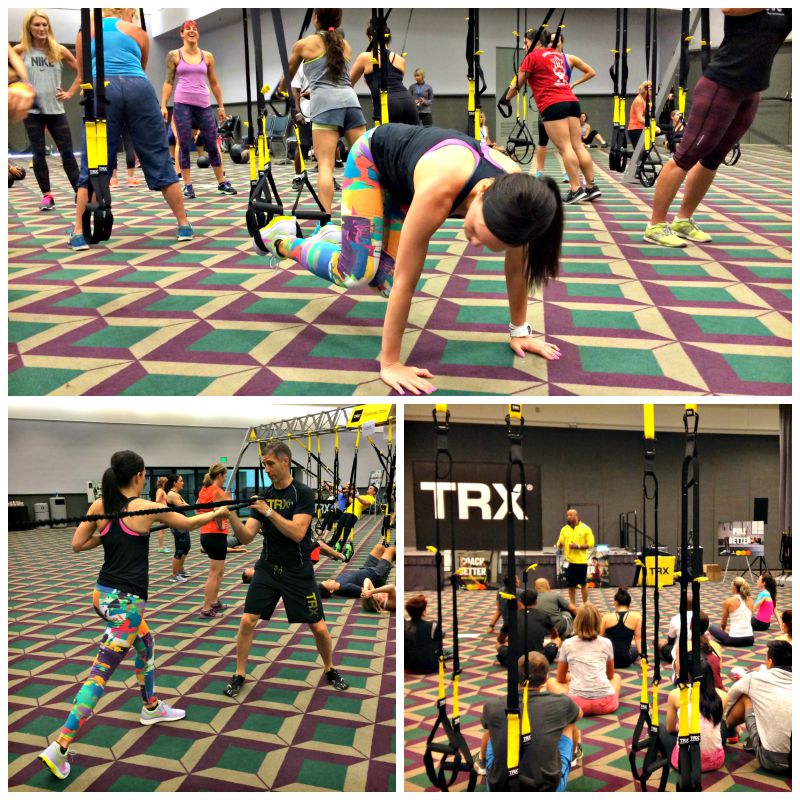 In the first session of the day on Saturday, Heather and I worked as partners for a TRX circuit workout. One of us went hard for 40 seconds, while the other rested. It was killer!

In addition to the lectures, workshops and time in the expo hall, I was lucky enough to learn while trying new workouts from a couple of celebrity trainers …

During the second day of IDEA BlogFest, we heard from Gabrielle Reece, former volleyball Olympian and model. As a former athlete, Gabby continues to be active today six-days-a-week and has launched a fitness program, called HIGHX.

HIGHX came about as Gabby was living in Kauai for half of the year, and the gym was closed down. She began putting together workouts with various equipment for friends at a community center, and the group grew and grew. Today, Gabby is in the process of sharing HIGHX and this group-training circuit program far-and-wide to get more people exposed to it. 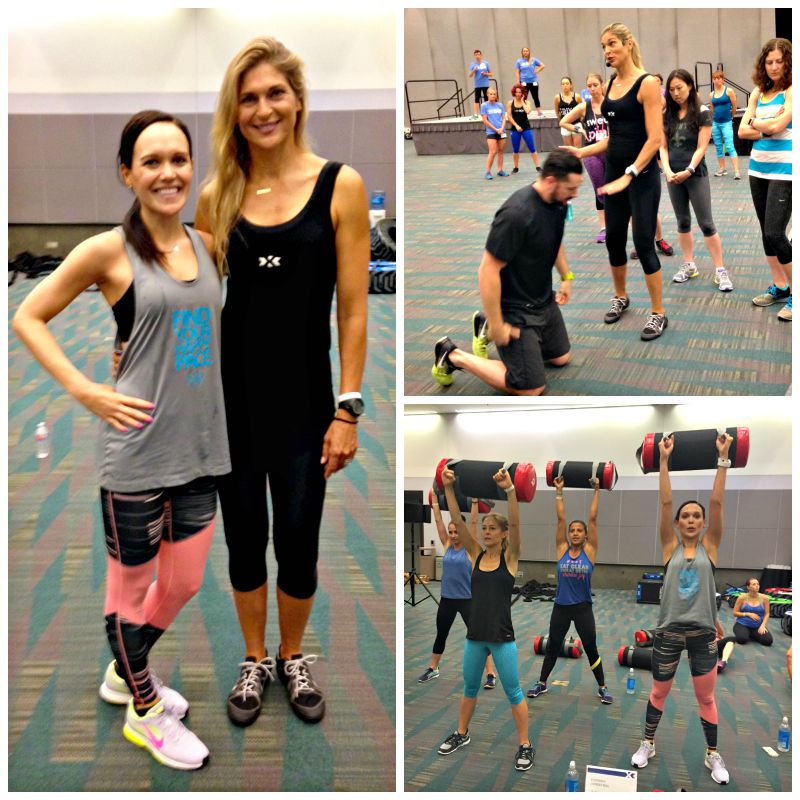 At 6’3″, Gabby has a pretty commanding presence. She was injured that day, so she used an assistant to demonstrate all of the moves in each circuit we were about to perform. We spent three minutes at each station, using kettlebells, resistance bands, ab rollers, our bodyweight, ladders and even more to work the body in all directions.

Some of the takeaways from Gabby’s talk …

I enjoyed listening to Gabby and taking her workout.

I also got a chance to try out Jillian Michaels’ new 30-minute workout program, BODYSHRED, which included simple moves, done for 30 seconds and repeated twice. While you’re supposed to have a set of light hand-weights, we were given water bottles to serve as a little bit of resistance … 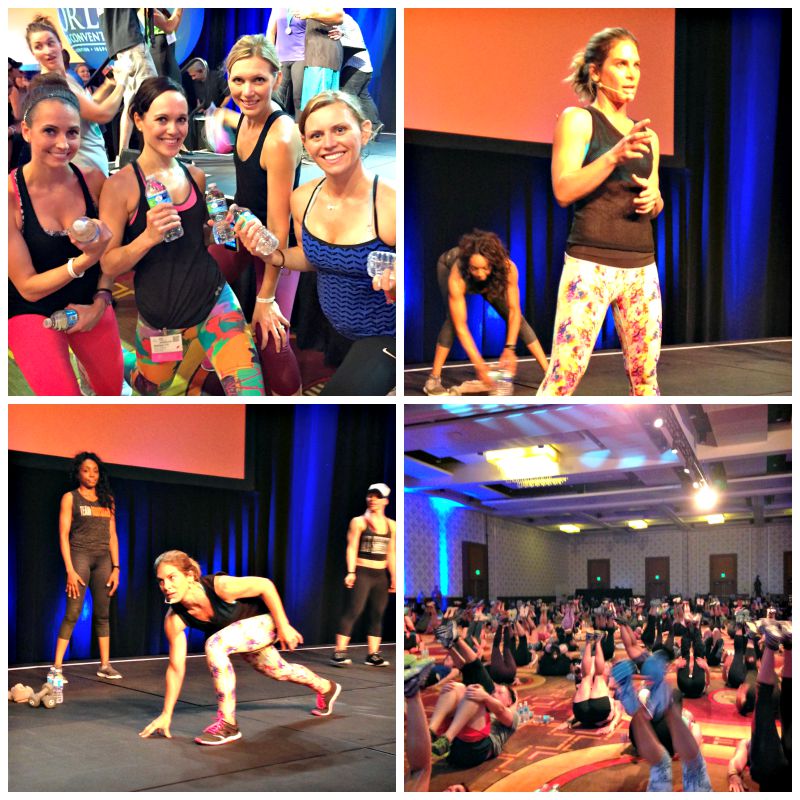 Thanks to a special media area, a few of us bloggers were able to get up nice-and-close to the stage to hear Jillian Michaels scream and drive the 600-person class through the intense workout. She likes to use colorful language to motivate, if you know what I mean.

There were some tough new-to-me moves like ninja burpees, fancy push-ups and super-tough donkey kicks and more. I went as hard as I could, but there were so many people packed into the room, that it was pretty difficult to get enough space to safely perform the bigger moves full out, but we all still felt the burn.

Both HIGHX and BODYSHRED focused on short intense bursts of work, followed by complementary moves designed to get the heart-rate up and challenge the body. They were both equally tough, and I’d love to do them again, as well as incorporate some of the exercises into my own routine. 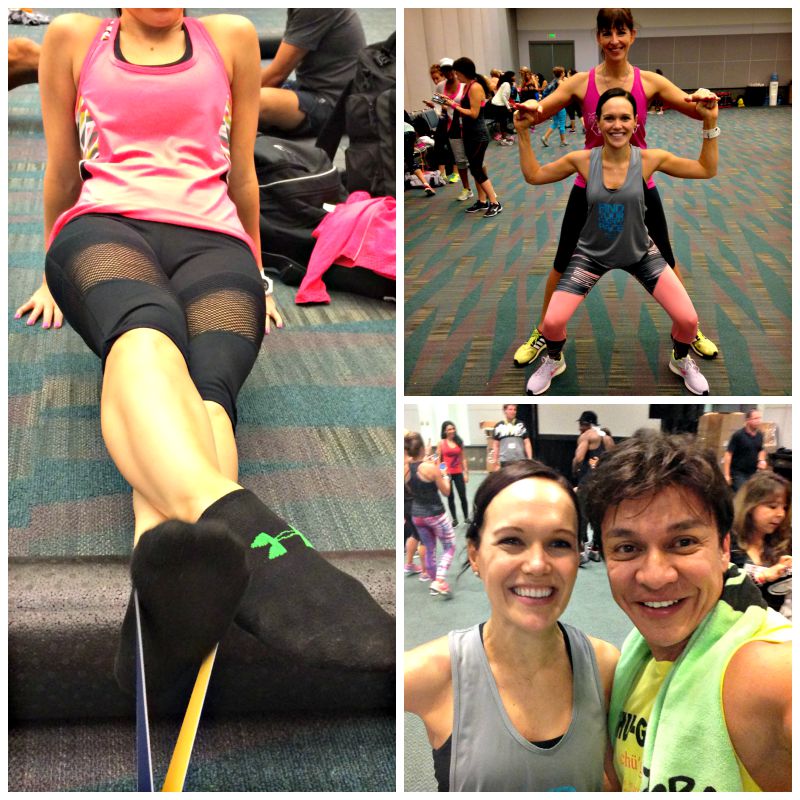 Just a few more scenes from IDEA including a painful foam rolling session, a partner workout and meeting Beto, the incredibly successful founder of the Zumba, who has an amazing story in which he initially came to America with less than $50, no English and a love of dance.

There you have it, my friends! Just a taste of some of the workouts and information I soaked up in the fitness space. And lucky for me, I get to walk away with some continuing education credits for my personal trainer certification as well as the knowledge. Hope you have an awesome day!

*Please note: I was given a complimentary ticket to IDEA BlogFest and the IDEA World Fitness Convention in exchange for speaking at the event and posting about it. I covered my travel and accommodations. Fair trade? I think so!

What’s your favorite type of equipment to use during a workout?

Have you heard any inspiring quotes recently?